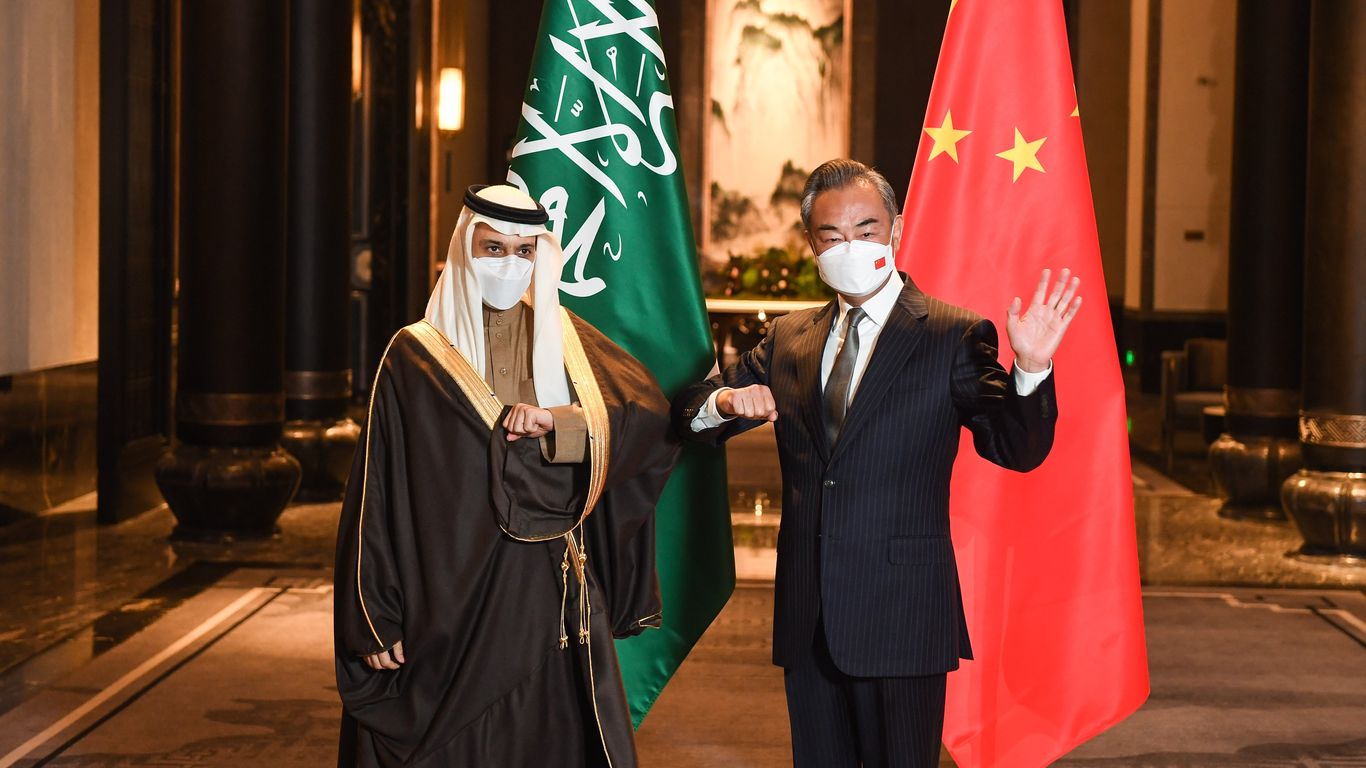 The foreign ministers of Saudi Arabia, Kuwait, Oman and Bahrain and the secretary-general of the Gulf Cooperation Council are all visiting China this week for talks on boosting trade and security cooperation.

Why it matters: The flurry of visits by Gulf officials is part of China’s push for deeper involvement in the Middle East. For Beijing, the Gulf in particular is key to its energy supply and increasingly to its geopolitical influence.

With Washington focusing on the Indo-Pacific, and with U.S.-Saudi relations under strain, there is a perception among Gulf leaders that the U.S. is slowly but surely pulling out of the region. Some U.S. officials are concerned about the degree to which China seems to be moving in.

What they’re saying: Wang said both countries oppose “unilateralism and bullying,” while Prince Faisal said his country opposes “interfering in China’s domestic affairs” and supports China’s position on Taiwan, on the Uyghurs in Xinjiang, and on human rights, according to the Chinese readout.

The other side: A senior U.S. State Department official tried to downplay the significance of the Gulf officials’ visits, stressing that each country has a sovereign right to make decisions based on its own interests and that the U.S. remains committed to its partnerships in the Gulf.

What’s next: Iranian Foreign Minister Hossein Amir-Abdollahian is expected to travel to China in the coming days. Iran’s Foreign Ministry said the sides would discuss the 25-year cooperation agreement they signed last year.