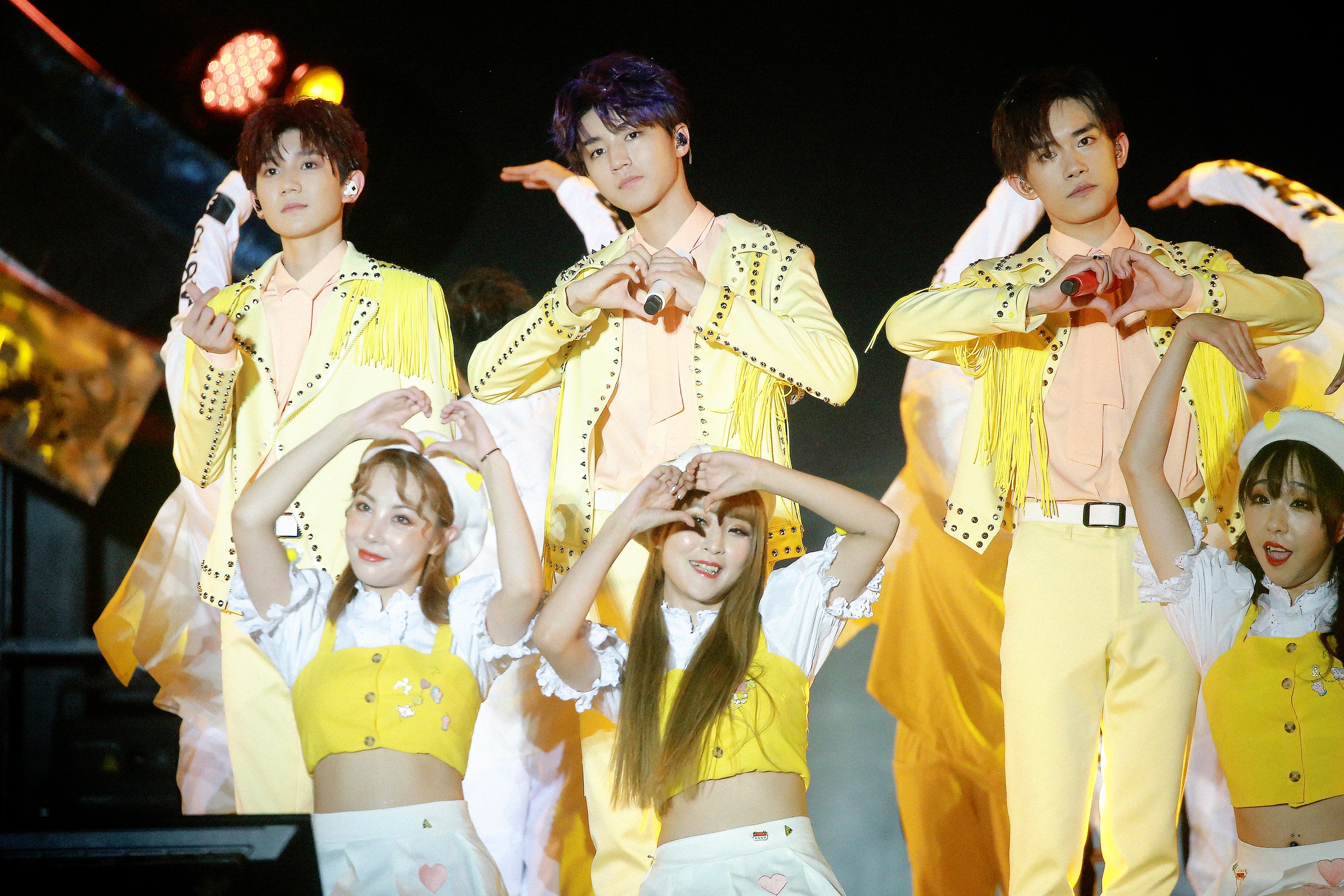 At its most extreme, the devotion to a celebrity can be “like an online addiction,” says Fung. In a 2019 article, he describes a symbiosis between online fan groups and streaming programs. His research assistant spent four months following the Tencent Video pop-group creation show Produce 101, and participated in fan groups on Tencent’s platform, Doki. Fans are encouraged to log in each day because those visits are factored into an idol’s rankings; some pay for promotions and rally votes. The research assistant’s participation in a paid online fan circle and her efforts to rally support for a contestant ultimately earned her an invitation to join a VIP fan group and a ticket to the show’s finale, where scalped tickets were going for more than $400 online.

These young people, often only children, face grueling academic demands and pressure from parents and grandparents to succeed. Celebrity fandom offers an escape, says Zhao, who helps handle social media for a popular singer-songwriter, and asked to be identified only by her surname.

Zhao says that for some participants, fan groups “may be the first and only communities they take the initiative to join.” The clubs allow them to commune virtually with people they otherwise would have no access to—such as “the manager of the fan groups who may be a Harvard graduate or daughter of the mayor.”

But the extreme devotion worries some Chinese parents, says Grace Zhang, a parent and former editor at a family-themed magazine called JingKids. “The pursuit of fame and money has become the goal of life for some young people, rather than pursuing the true meaning of their lives,” she says.

Xia Wei, the parent of a middle-school-aged girl in Shanghai, favors these laws because she worries Chinese youth would otherwise “blindly worship stars all day. It’s bad for their studies.” Wang Jun, the mother of a preteen in Beijing, says the money lavished on stars is offensive, because these “stars already have high incomes, and are not worth parents’ hard earned wages.”

With the new rules, the government hopes to curry favor with parents like these, says Perry Link, a professor at UC Riverside. He says the ruling Communist Party does not care much about young people wasting time and money chasing idols, nor the moral character of those idols. But if parents believe the party is on their side, it helps solidify its power.

The rules promise to shake up China’s cultural scene. Zhao, the social media manager, says traditional singers and actors may regain popularity lost to performers with rabid fan groups who pushed their favorites with frenzied online activity. Brands may also “think about whether they rely too much on celebrity effects and fan club culture, while ignoring their own DNA and brand image,” says Sophia Dumenil, cofounder of The Chinese Pulse, a Paris-based creative consulting agency that studies trends in fashion and luxury markets.

Luxury, fashion, and beauty brands will likely pivot to more endorsements from straight-laced Olympic athletes or even collaborations with virtual influencers, she adds. Online video platforms like iQiyi and Tencent Video may suffer without their widely watched idol pop shows, but they may look to develop new forms of programming—and some feel the idol-competition format was getting stale. Neither platform responded to questions.