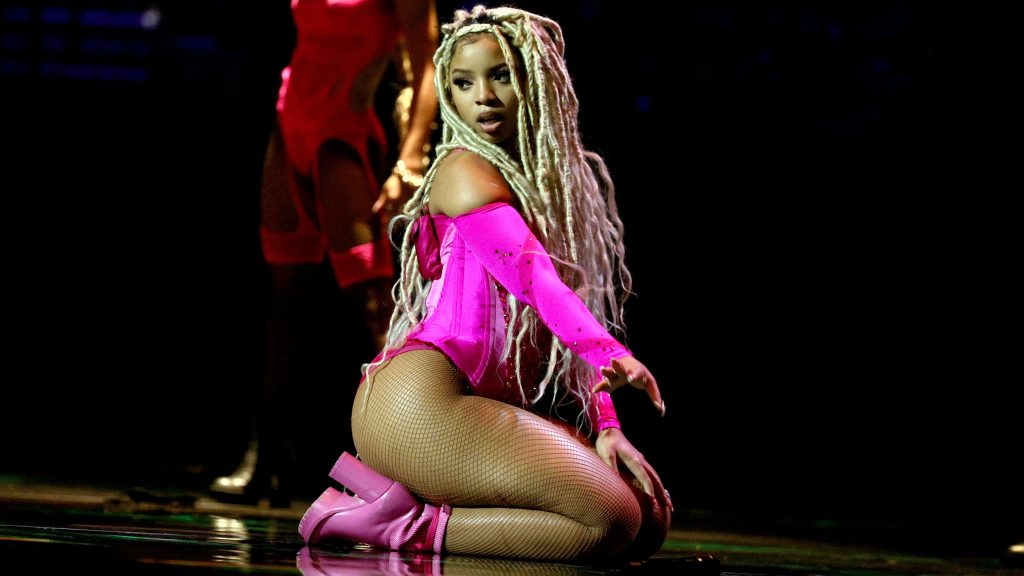 Chlöe bodied her first solo performance at the 2021 MTV VMAs. The singer commanded the stage and effortlessly flaunted her vocal range and physical abilities in her live rendition of her debut solo single, “Have Mercy.” However, the intimate moments immediately after she walked off stage are bringing fans to tears.

First, the 23-year-old, who appeared to be sobbing, found the nearest seat aka a set of stairs offstage to decompress. She responded to the fan-cam clip by saying, “What a f**king moment… still on a high.” Moments later, she gathered herself and wrapped her arms around her younger sister, Halle, who (of course) wasn’t too far behind. Though the video has no audio, the 21-year-old is visibly excited for her older sister as they embrace one another. Chlöe captioned that fan-cam video by gushing over her sister: “my heart my soul my everything.”

Prior to the show, Halle tweeted, “get ready…. it’s chloes night !! #havemercy.” The singer turned actress—Halle will appear as Ariel in the live-action version of Disney’s The Little Mermaid, scheduled to hit theatres Memorial Day Weekend 2023—also introduced her sister’s performance by stating, “It’s incredible to watch your sister and collaborator find her voice. This year, she has stepped into her own artistry, sharing a message of self-expression and self-love.”

Grab your tissues for the emotional videos below.

what a fucking moment… still on a high https://t.co/6rFliVvVvn

my heart my soul my everything https://t.co/r1nCxAkKUa