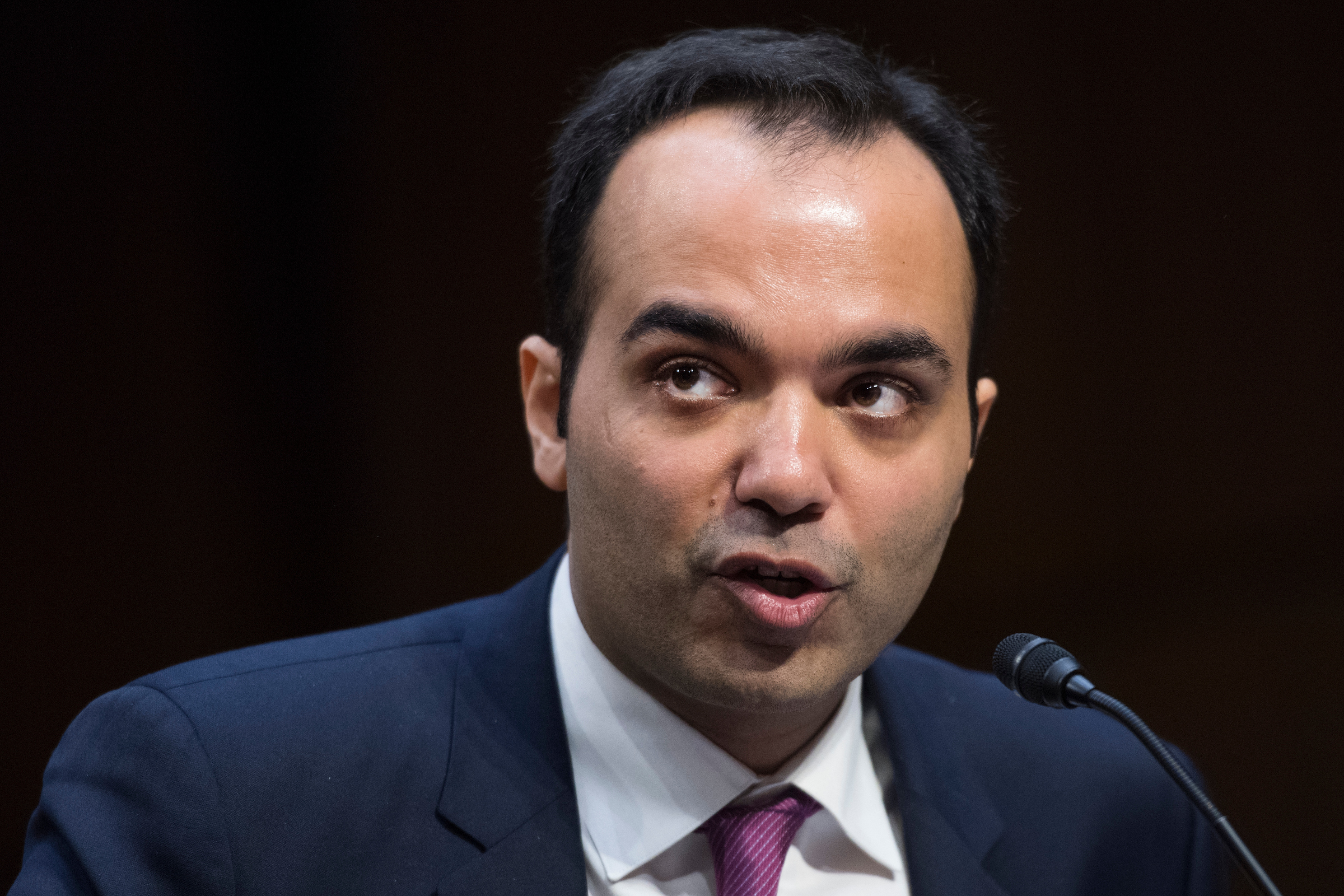 During his time on the Federal Trade Commission, Rohit Chopra made a point of scrutinizing the business practices of big technology companies such as Facebook, Google and Amazon.

Now, much to the delight of progressives in Washington, he appears to be bringing the same focus to his new job as leader of the Consumer Financial Protection Bureau.

Last Thursday, in one of Chopra’s first acts as director, the agency ordered six major technology companies to come forward with information on their payment systems and how they manage personal user data related to payments and financial information.

In a statement accompanying the order, Chopra acknowledged that innovative payment systems could have positive benefits for consumers and small-business owners alike. But he said that in the hands of companies that already wield considerable market power and possess huge swaths of data on their users’ private lives, such systems could be abused.

“This data can be monetized by companies that seek to profit from behavioral targeting, particularly around advertising and e-commerce,” Chopra said. “That many Big Tech companies aspire to grow in this space only heightens these concerns.”

The companies targeted by the CFPB probe are Amazon, Apple, Facebook, Google, PayPal and Square. In justifying the inquiry, Chopra cited the agency’s authority to request information from market participants to monitor industry risks to consumers. He also laid out a laundry list of questions that the information would help the agency answer.

“Little is known publicly about how Big Tech companies will exploit their payments platforms,” he said. “For example, will the operators engage in invasive financial surveillance and combine the data they collect on consumers with their geolocation and browsing data?”

Chopra noted that major technology companies in China have already succeeded in entrenching their payment systems in the day-to-day activities of people in that country.

“Alipay and WeChat Pay are deeply imbedded into the lives of the Chinese public, combining messaging, e-commerce and payment functionality into super-apps,” he said. “In such a market, consumers have little choice but to use these apps and little market power to shape how their data is used.”

Groups aligned with the technology industry are already pushing back on Chopra’s demands. Carl Szabo, vice president of NetChoice, a coalition with members including Facebook, Google and Amazon, said the CFPB inquiry shows “a lack of appreciation for the consumer benefit that has emerged from the growing ecosystem of digital payment services.”

“Consumers can choose between services offered by businesses with strong records on privacy issues, while others may prioritize other factors,” Szabo said. “Instead, Chopra is searching for a problem to satisfy his desire for government intervention, regardless of whether consumers would actually benefit.”

The technology sector has attracted significant attention from lawmakers, regulators and consumer welfare advocates in recent years, with the focus on data privacy, competition and content moderation. But starting in 2019, largely with Facebook’s announcement that it planned to launch a digital currency, the emphasis has grown to include financial systems.

The launch of Novi drew swift condemnation from Democratic lawmakers who said Facebook’s track record on consumer privacy should preclude it from handling its users’ finances.

“Facebook cannot be trusted to manage a payment system or digital currency when its existing ability to manage risks and keep consumers safe has proven wholly insufficient,” wrote Sens. Brian Schatz of Hawaii, Richard Blumenthal of Connecticut, Elizabeth Warren of Massachusetts, Tina Smith of Minnesota and Sherrod Brown of Ohio in a letter last week to Facebook CEO Mark Zuckerberg.

Brown, the chairman of the Senate Banking Committee, said in a statement that the expansion by technology companies into the financial sector “is deeply concerning.”

“No one should have to worry about their information — including their financial records — being bought and sold or stolen,” Brown said.

Chopra, who was confirmed by the Senate in a 50-48 vote last month and was sworn in Oct. 12, has long had the backing of Democrats such as Brown and Warren, who was his boss during his first stint at CFPB, when she was the agency’s inaugural director.

His probe of Big Tech’s payment systems has won him further plaudits.

“[This] is what Americans need and expect from financial regulators,” Robert Weissman, president of the advocacy group Public Citizen, said in a statement. “CFPB was designed to protect us from unfair practices, especially corporate schemes that a regular person can’t possibly know are occurring, and it’s doing just that under Chopra’s leadership.”

Sarah Miller, president of the American Economic Liberties Project, an organization that seeks to break up monopolies in the technology sector and other industries, said the probe could be a crucial step toward preventing the companies from dominating another area of the economy.

“A week in, Chopra is already proving he knows how to use his authority to stand up to Big Tech,” Miller said in a statement. “The CFPB’s orders will force Big Tech to come clean on their surveillance, data collection, and payments systems and provide regulators another important window in their sprawling empires.”