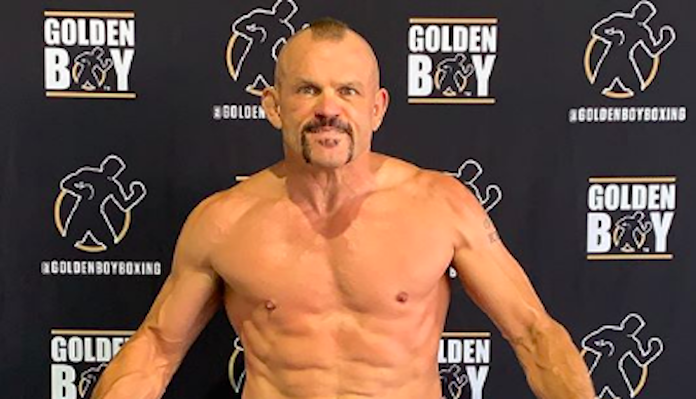 On Monday morning, TMZ Sports reported that the “L.A. Sherriff’s Department received a call about a fight at a Liddell’s San Fernando Valley home. When cops arrived, they investigated, and determined the 51-year-old former fighter was involved in a verbal argument that turned physical.”

According to the report, the alleged victim was Liddell’s wife. She did not require medical attention, according to officers on the scene. However, Liddell was taken to jail and booked. His bail was set at $20,000.

Now, however, Liddell took to social media to release a statement where he says he was the victim and it will all come to light soon.

“Last night the Los Angeles Sherrif’s Department deputies who responded were professional,” Liddell wrote on Instagram. “While the information about this will be revealed in due course, I believe it is important to convey and clarify a few facts about the situation. I was the victim of the incident last night at our family home, as details of the case will reveal. The deputies informed me that my wife would be arrested, as I did not respond to her assault while I sustained bruising and lacerations. I volunteered to go in her place.

“This was one of the many times I have tried to shield a family mental health issue from public purview. It has become painfully apparent that this cannot continue, as our private life has now reached a public breaking point. Please respect our privacy as I help to naviga6te our family through this time,” Liddell continued.

As Chuck Liddell says, we need to wait until all the details come out in court before jumping to conclusions.

What do you make of Chuck Liddell’s statement?