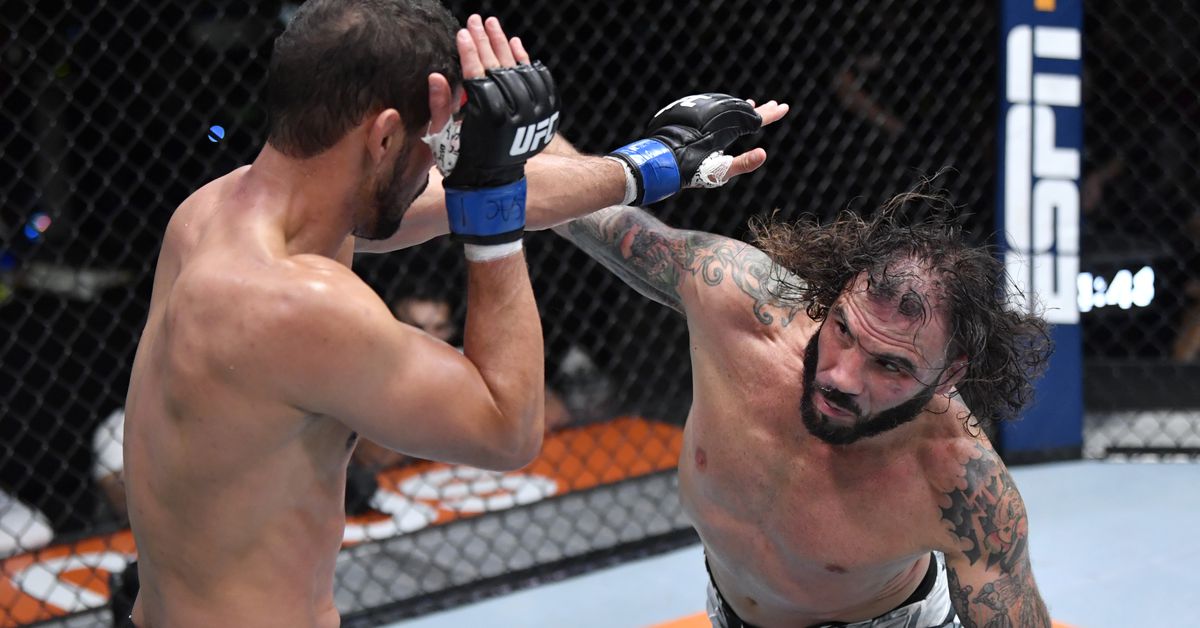 Clay Guida’s next assignment is to halt the win streak of Claudio Puelles.

MMA Fighting’s Damon Martin confirmed with sources with knowledge of the matchup that Guida (37-21) will fight Puelles (11-2) in a lightweight bout at a UFC event on April 23, with a location still to be determined. The bout was first reported by FordewinMMA.

For Guida, this will be his 33rd UFC appearance in a run with the promotion dating back to 2006. The 19-year veteran is coming off of one of the most shocking submission victories of 2021 as he defeated Leonardo Santos via rear-naked choke in December.

Guida weathered an early flurry from Santos and it looked like the bout might be waved off at any moment, but he survived and forced the tiring Brazilian jiu-jitsu ace to tap out early in Round 2. His UFC record improved to 17-15 with appearances at both 155 and 145 pounds.

Puelles is one of the lightweight division’s hottest names, having rattled off four consecutive victories since falling short in the final of The Ultimate Fighter: Latin America 3 tournament. Two of the Peruvian’s wins during this stretch have come by way of kneebar submission, including a third-round finish of Chris Gruetzemacher in December.