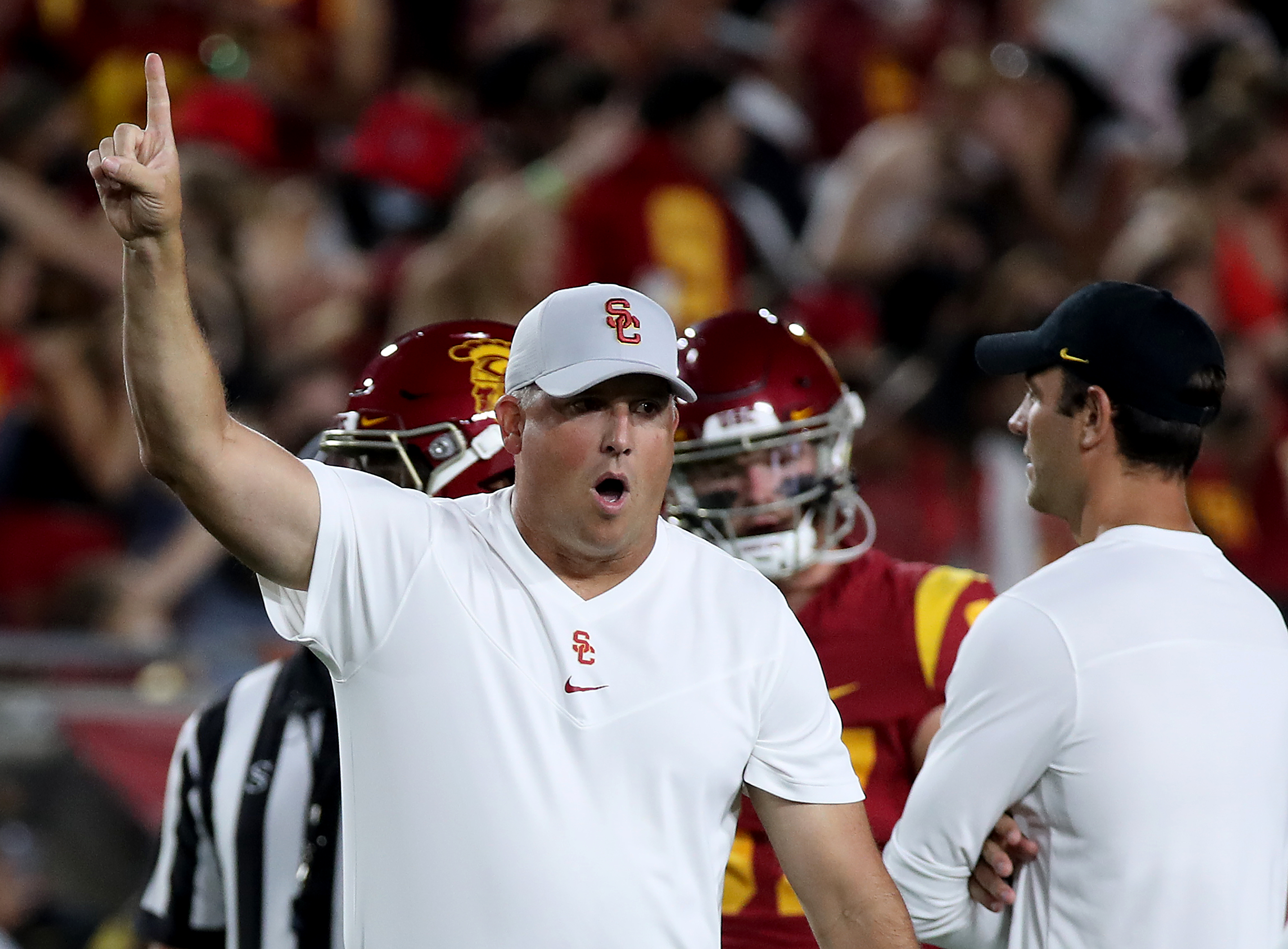 USC is firing head football coach Clay Helton after the team’s 42-28 loss to Stanford on Saturday.

We are making a change in the leadership of our football program. #FightOn pic.twitter.com/xChL8xi0oG

Helton addressed the decision on social media, saying he was “forever indebted” to the players he coached:

Helton, 49, took over as the team’s interim head coach in 2015 for the fired Steve Sarkisian, leading the Trojans to a 5-4 mark the rest of that season. During that campaign the interim tag was removed and Helton was given the full-time job following an extensive coaching search.

That decision has proven questionable. The Trojans have gone 45-24 under Helton since 2015, winning one Pac-12 title under his watch. USC played in the Pac-12 title game last season, losing to Oregon, 31-24. Oregon was only in the game after North Division winner Washington had to abandon the game for COVID-19 reasons.

But the final straw for USC was reportedly Saturday’s blowout loss, a disappointing result for a Trojans team loaded with talent that came into the 2021 season with high expectations:

SOURCES: USC leadership was disheartened by what they saw from Helton’s team Saturday night when they got blown out by Stanford. AD Mike Bohn knew he couldn’t keep Helton any longer; just had to sort out timeline and an interim.

It had become pretty clear that a change was needed at the program. The common refrain from many pundits close to the program was that Helton is a good man, but a bad fit as the head coach:

Nothing but respect for Coach Helton but this team has been underachieving for a long time. They need a new energy and culture there, a championship culture. Change is good. It’s time to get that passion back into @USC_Athletics football. Fight On!

USC has finally fired Clay Helton. They should have done it in 2019 after Carol Folt was hired as the new president and Mike Bohn was hired as the new AD. It’s embarrassing that it took this long and they made the move two games into this season but at least it’s over. Finally. https://t.co/G7QVyx5N0k

I mean, it’s the same things about Clay Helton’s teams that USC fans were complaining about five years ago. No discipline, no adjustments, other team physically beating them, constantly shooting themselves in the foot.

What more is there to say?

Clay Helton had some good times at USC, including an incredible Rose Bowl win. He was a great ambassador of the program but it is time to move on. We had some really embarrassing coaches before him and he repped us well.

I know I was tough on him today and many days, but Clay Helton is one of the best human beings I’ve ever met, a man of uncommon kindness, and I wish him only the best.

As for potential replacements, Pete Thamel of Yahoo Sports speculated on some names USC could look into when it fires a full-time replacement for Helton after the season:

As USC seeks a return to the days of Pete Carroll’s dynasty at the school, getting the next head coach right will be crucial. Lane Kiffin, Sarkisian and Helton have proven to be less-than-inspired hires.