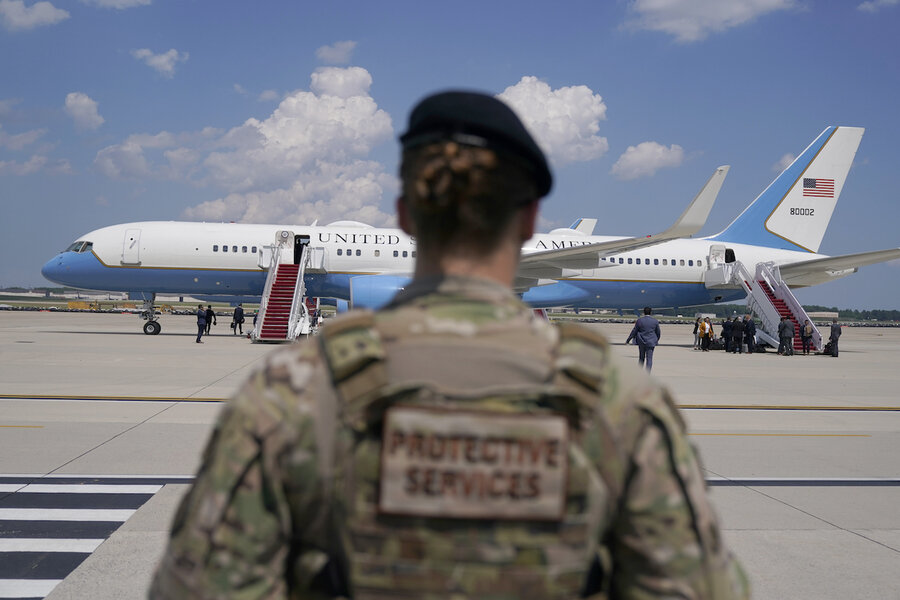 About a third of the female service members in the Air Force and Space Force say they’ve experienced sexual harassment and many can describe accounts of sexism and a stigma associated with pregnancy and maternity leave, a study released last week has found.

The review, done by the Air Force inspector general, also concluded that minorities and women are underrepresented in leadership and officer positions, particularly at the senior levels, and get promoted less frequently. It echoed many of the findings of an initial review, released last December, which found that Black service members in the Air Force are far more likely to be investigated, arrested, face disciplinary actions, and be discharged for misconduct.

The two reviews into racial, ethnic, and gender disparities across the Air Force and Space Force broadly confirm that biases exist, but the data does not fully explain why. The studies also reflect broader campaigns within the Defense Department and the Biden administration to root out extremism and racism.

President Joe Biden has declared domestic extremism an urgent national security threat and the Defense Department is working to identify extremist behavior and eliminate it from the force. Defense Secretary Lloyd Austin, earlier this year, ordered military leaders to spend a day talking to their troops about extremism in the ranks, after a number of former and current military members took part in the assault on the U.S. Capitol in January.

“There are a lot of disparities within the Air Force,” said Air Force Secretary Frank Kendall in a call with reporters. “This includes things like promotions, how people are treated in their careers, how they’re treated in assignments, other areas under the judicial system, if you will, and also about perceptions that people have.”

In the latest study, about half of all female respondents said maintaining work/life balance and taking care of family commitments adversely affect them, while only 18% of men responding to the survey shared that view.

It also found that about 25% of female Air Force and Space Force civilians said they had experienced sexual harassment during their careers. And it said some women across the force didn’t trust their chain of command to address the bad behavior, and feared retribution.

Women and minorities also said they believe they have to work harder to prove their competency.

As a result, the report said, thousands of female and minority Air and Space Force members reported instances of bias, discrimination, and sexual harassment that contribute to the racial, ethnic, and gender disparities laid out in the document.

Lt. Gen. Sami Said, the inspector general, told reporters that some of the largest gaps are in operational jobs, which include pilots and other combat-related posts. As an example, in 2020, nearly 84% of the pilots in the active duty Air Force were white, and more than 92% were male. In contrast, 7.7% were female, 3% were Hispanic/Latino, 2.7% were Asian American, 2% were Black, 0.5% were Native American, and 0.3% were Pacific Islander.

The problem, according to Mr. Said, starts with recruiting. A common theme in surveys and group discussions, he said, was that women and minorities believe there is a “lack of people that look like us that can mentor us and advise us.”

Because they aren’t brought in to key operational jobs at decent rates, they are at a disadvantage when competing with others for promotions and better jobs.

The second report released Sept. 9, 2021 laid out some of the ongoing efforts to address shortfalls found in the December review on bias against Blacks. It also found they were less likely to be promoted and that one-third believed they don’t get the same opportunities as their white peers.

It said the Air Force is working to increase diversity awareness among recruiters and expand partnerships with institutions that have large minority populations to beef up recruiting. That effort would include directing more minorities to key career fields that have a greater opportunity for advancement.

The Air Force also has set up new policies to track administrative actions based on age, rank, gender, and race, and it recommended more training for commanders and other key leaders on unconscious bias.

Mr. Said told reporters that he is “100% convinced” that senior leaders are focused on the diversity issue.

“It’s not a shiny object of the moment that fades,” he said.

More than 100,500 individuals participated in the anonymous survey for the latest gender and minority study. The participants also turned in more than 16,900 single-spaced pages of other comments and were involved in 122 small-group discussions.