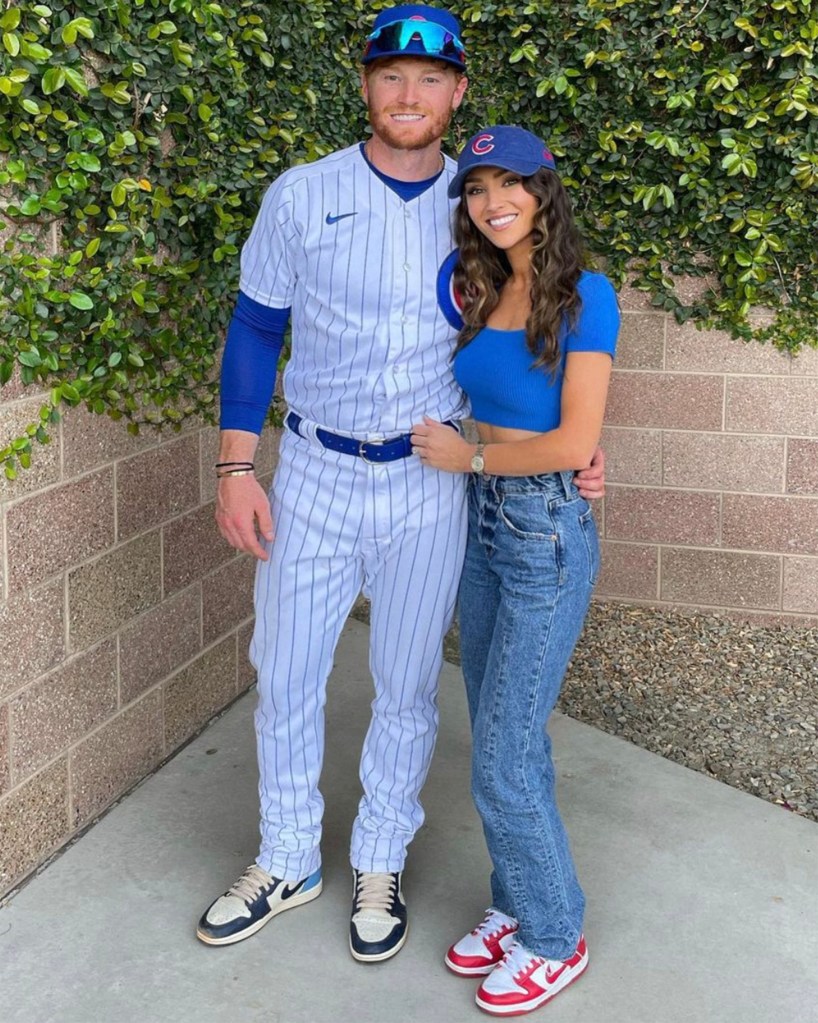 Much like the rest of social media, Clint Frazier’s fiancée has also weighed in on the outfielder’s name change.

Taking to her Instagram Stories on Wednesday, Kaylee Gambadoro — who announced her engagement to the former Yankee last summer — shared an iconic meme as news spread that Frazier will now go by his middle name, Jackson.

“Me logging onto twitter trying to decide who I’m engaged to,” Gambadoro wrote beside the animation of two Spider-Men pointing at each other, referring to one as “Clint” and “Jackson” as the other.

Frazier, who currently plays for the Cubs’ Triple-A affiliate, recently revealed how his loved ones refer to him as Jackson, as well as some of his former teammates, per Iowa Cubs broadcaster Alex Cohen.

The 27-year-old athlete was designated for assignment by the Cubs this month after hitting .216 with a .653 OPS through 19 games. He accepted an assignment to Triple-A Iowa and hit a two-run single in Wednesday’s game.

Despite a challenging start to his career with the Cubs, Frazier has been supported by Gamabdoro every step of the way.

Back in April, Gambadoro celebrated Frazier’s first win with the Cubs, posting a shot of the couple on Instagram that featured her future husband in his new uniform.

“Hey Chicago what do you say?” she posted on Instagram at the time.

Frazier, the fifth overall pick in the 2013 MLB Draft, was released by the Yankees in November before joining the Cubs earlier this year.