Coach: If Calvin Kattar goes out and does his job at UFC Vegas 46, ‘it’s not gonna be a good look’ for Giga Chikadze

Home /Sports/Coach: If Calvin Kattar goes out and does his job at UFC Vegas 46, ‘it’s not gonna be a good look’ for Giga Chikadze 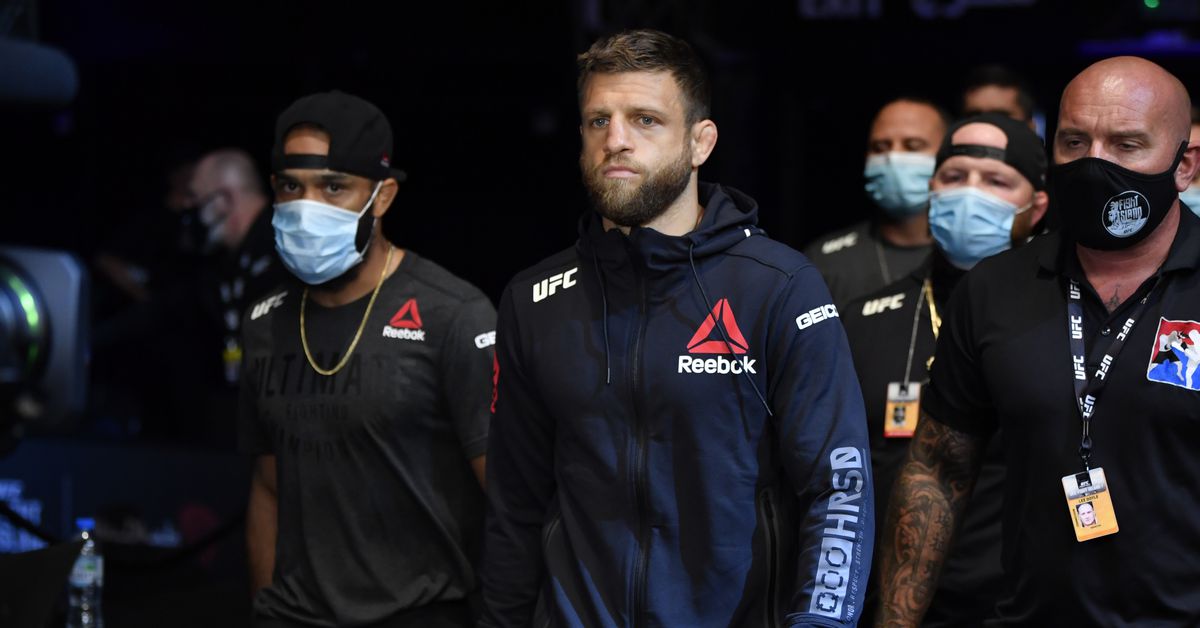 Calvin Kattar is, and has been, fully focused on his return to the octagon this Saturday.

Kattar will make his first appearance nearly one year to the day of his unanimous decision loss to Max Holloway at UFC Fight Island 7 when he faces the surging Giga Chikadze at UFC Vegas 46. The featherweight bout will serve as the main event of the promotion’s first event of 2022 at the APEX.

Earlier this month, Holloway had verbally agreed to challenge Alexander Volkanovski at UFC 272 in March, but the bout was scratched hours later following the revelation of an undisclosed injury to the former champion. Chan Sung Jung will now face Volkanovski for the title at UFC 273 in April, but before that bout was a reality, Chikadze had raised his hand stating he wanted the shot. While the news of Holloway’s exit — at least for a moment — seemed to raise the stakes for Saturday’s main event, Kattar’s head coach Tyson Chartier says the New England Cartel has had all of their attention on Chikadze.

“If we go out there on Saturday night and do our job, it’s not gonna be a good look for Giga going out and doing all of these interviews wanting to fight for the title,” Chartier told MMA Fighting this week. “I’m not saying he’s overlooking Calvin but we would never make the same mistake of overlooking anybody. Once you get to the UFC — especially in the top-15 — anybody can win on any given night.

Kattar didn’t do a lot of media ahead of his second straight main event matchup outside of what was required by the UFC, but that’s the norm. “The Boston Finisher” did make an appearance on The MMA Hour in December and said he planned to make Chikadze pay for comments that were allegedly made following his loss to Holloway.

While Kattar didn’t elaborate further, Chartier feels his fighter prepares better with a chip on his shoulder.

“I don’t think it was anything specific, but when somebody wins and they call your name, you can either choose to kind of laugh it off, or you can take it to build the chip,” Chartier said. “If you go out there and say, ‘Hey, I want to fight you,’ in Boston those are fighting words. If you say you want to fight me, then I’m gonna fight you.

“So it wasn’t anything that was said in particular, I think it was just the vibe, saying his name on TV and everything. I’m not speaking for Calvin, but if you go out there and say, ‘I want to fight Calvin,’ for someone like Calvin, or someone from our neck of the woods, that’s disrespectful. You don’t tell us you want to take half our money, take our ranking, and have us take that lightly. I just think when someone’s itching to fight you, you’re not gonna celebrate that too much, other than thinking, ‘Okay, this guy’s trying to take what’s mine.’”

In the loss to Holloway, Kattar absorbed a record number of strikes, but was able to make it to the final horn. The No. 10 ranked fighter in MMA Fighting’s Global Rankings has expressed interest in earning his way back to a second go-around with Holloway, but that’s in the future.

With nearly a year of reflection and learning behind him, Chartier has been thrilled with Kattar’s approach and progress.

“He’s just been a sponge this past year,” Chartier explained. “He took the time he needed to take off and then we was back in the gym. Even when there was no contact and we were trying to be safe, he was still in the gym learning and working on different things, different skill sets. He’s been itching to get back in there because you always want to get that bad taste out of your mouth, but he’s been listening to the team and everyone around him. We just needed to take some time, work on some things and he did that.

“We were ready to get back in there in the fall but it never materialized. Calvin’s attitude with that stuff is always, ‘I’ll never get worse with an extra few months.’ It’s been a long camp but he has the right outlook on it. The team outlook is let’s focus on things we can control, because if you start looking at all these things, the could’ve, would’ve, should’ve, or the things that could’ve been done differently, you just end up as a sour person that never gets anything productive done. The one thing we can control is getting Calvin better each day he’s on the mat. He’s worked on a lot of things this year and hopefully that comes out on Saturday night because that’s when it really counts.”

Chikadze, the No. 8 ranked fighter in MMA Fighting’s Global Rankings, has won all seven of his octagon appearances, including three straight finishes of Jamey Simmons, Cub Swanson, and Edson Barboza. Following his win over Swanson, Chikadze called for a fight with Kattar, and he gets his opportunity this Saturday in a pivotal featherweight matchup.

For Kattar and his team, it’s all about the potential 25 minutes he will spend with the incredibly talented Chikadze.

“Saturday night is the only thing that matters to this team,” Chartier stated. “If Calvin goes out there and gets a big win, I’ll figure out what to whisper in his ear to try and get what we want.

“We’re gonna go out there at the same time the Patriots go against the Bills, hopefully some people from New England will flip over and watch us and then flip back, but we promise we’ll give you something exciting to miss a little of the second quarter for.”