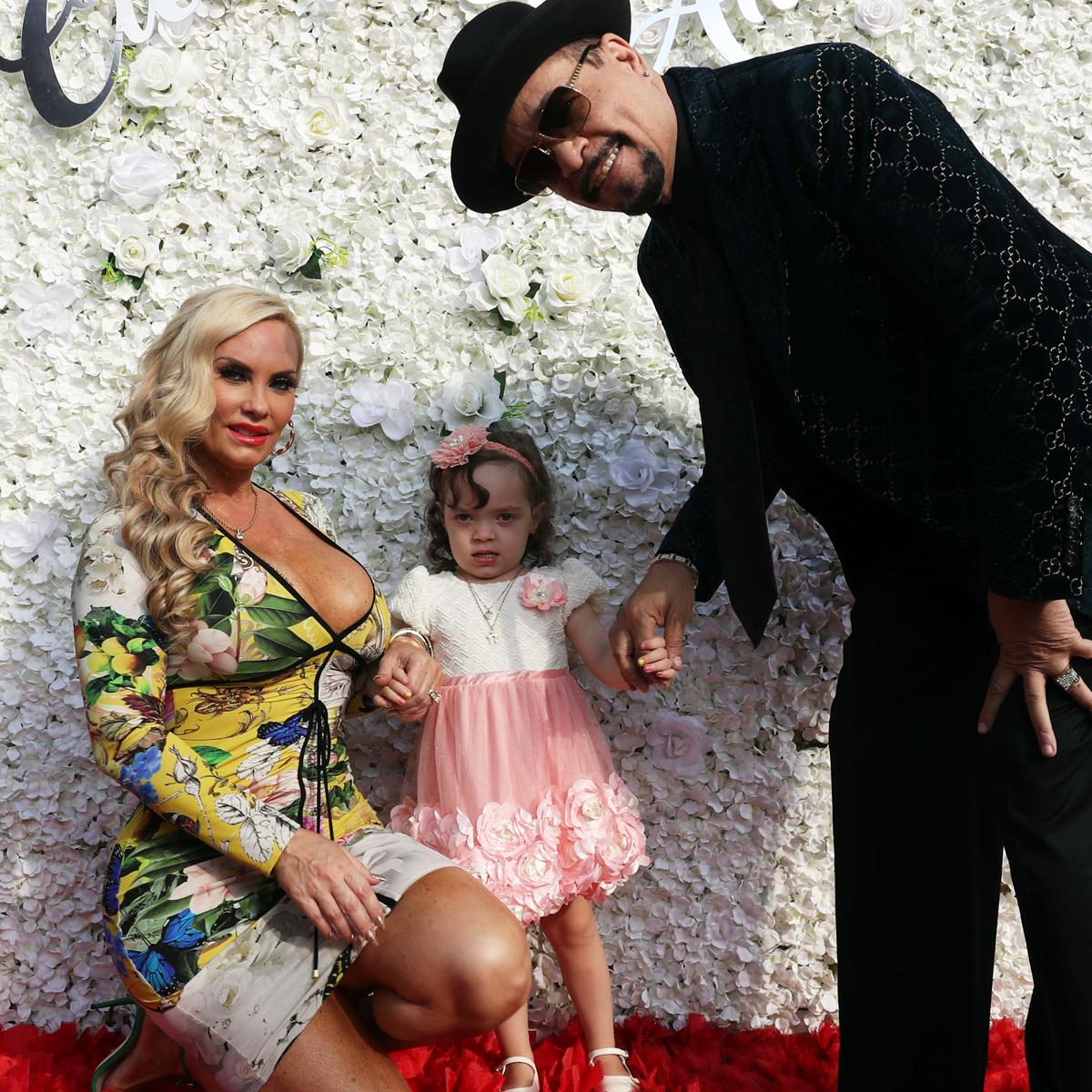 Coco Austin took to Instagram on July 18 to share a few pictures of herself sporting shredded leggings at Rock Fest in Wisconsin, where her husband Ice-T performed with his heavy metal band Body Count. The last photo in the series showed her holding their 5-year-old daughter Chanel, and fans couldn’t get over the resemblance between the little one and her dad.

For the outing, Chanel wore a black Nike shirt with matching pants and sneakers and had bright pink bows tied around her pigtails. At one point, the young star walked out onto the stage, where she danced to the music. As Ice-T wrote on Instagram, “Somebody’s growing up on the stage with Daddy…”

And in May, she shared snapshots of them wearing matching swimsuits.

“The twinning never stops!” she wrote on Instagram at the time. “Chanel likes it too much. When you match with your child you feel the bond, its nice to know chanel wants to be like her mommy.. #BestiesForLife.”

Coco and Ice-T welcomed Chanel in November 2015, about a month before they celebrated their 10th wedding anniversary.

Over the years, the parents have shared many memories with their fans, such as by posting pictures of Chanel having fun at her birthday parties, driving in her toy Bentley and enjoying trips to Disney World.

Click here to see some of their family photos.