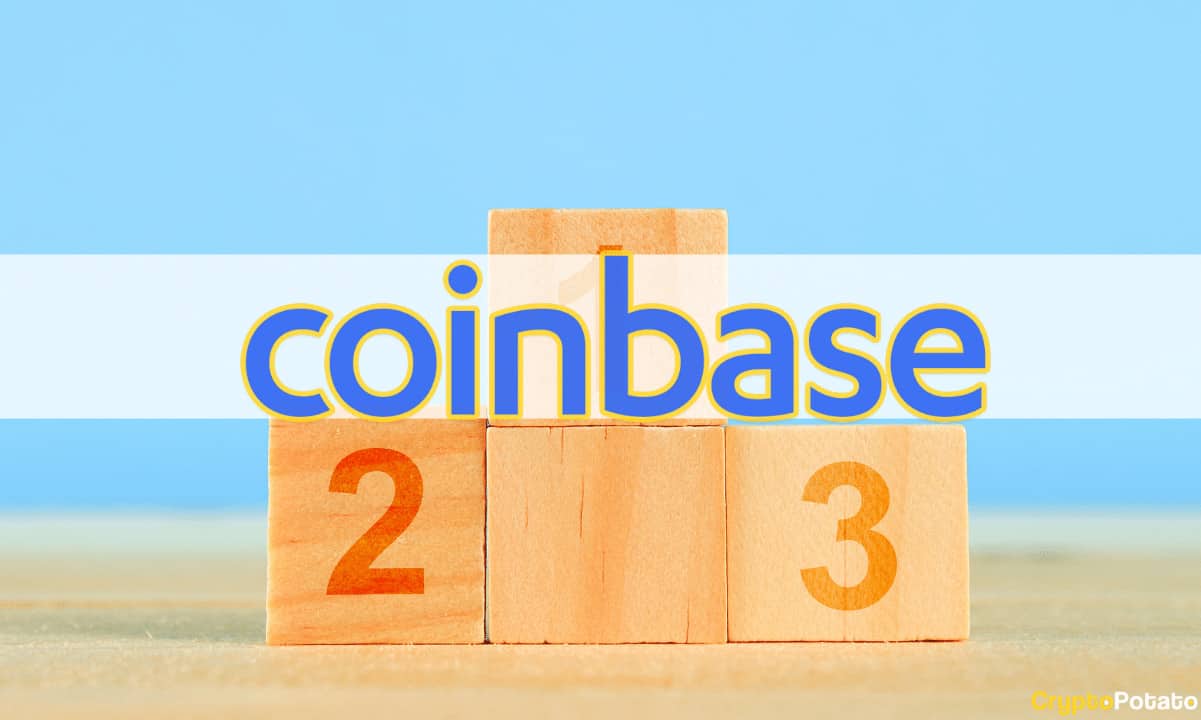 Following Coinbase’s numerous mainstream marketing initiatives, consumers are demonstrably taking notice. The leading US crypto exchange’s mobile app is once again the most popular product in the App Store. It has received more downloads than any other application in the past few days.

A recent look at App Store statistics shows Coinbase as the #1 ranked free app right now. Behind it are the likes of TikTok, Instagram, YouTube, and the newly popular mobile football game “Retro Bowl”. Interestingly, another crypto exchange – CryptoCom – currently holds the #4 spot.

The popularity of these crypto apps is no surprise. Bitcoin recently broke its all-time high following a bull run throughout October and has mostly held above $60 000 since then. The momentum has likely reignited consumers’ interest in digital asset investment, attracting them to various exchanges.

This isn’t the first time that Coinbase has seen such widespread popularity. It previously reached the top of the charts in May 2021, just after Bitcoin’s previous ATH. The only other time was in 2017 – a famously bullish year for BTC and most altcoins.

However, even among other exchanges, Coinbase is proving a fierce competitor. The company has launched multiple sponsorships and products that integrate it into every aspect of the crypto space. These include plans for an NFT marketplace, and an option to receive one’s income in cryptocurrency. Coinbase even tried to launch a crypto-lending product but was subsequently stopped by the SEC.

The digital asset space has undoubtedly established itself as a credible industry, and it has the promotion to prove it. For one, Coinbase just became the official cryptocurrency partner of the NBA. Its ads can be seen at the base of the association’s basketball nets and broadcast on live television.

It doesn’t stop there: FTX recently bought ads to be aired at the Superbowl, and CryptoCom has recruited Matt Damon to promote the exchange. Even obscure individual cryptocurrencies like Floki are getting exposure to the general public through transit ads.

With such concentrated marketing, it’s no wonder why crypto apps are being downloaded in record numbers by Americans. Currently, Coinbase ranks in the top 25 on the Google Play Store, with Crypto.com ranking even higher at #16.