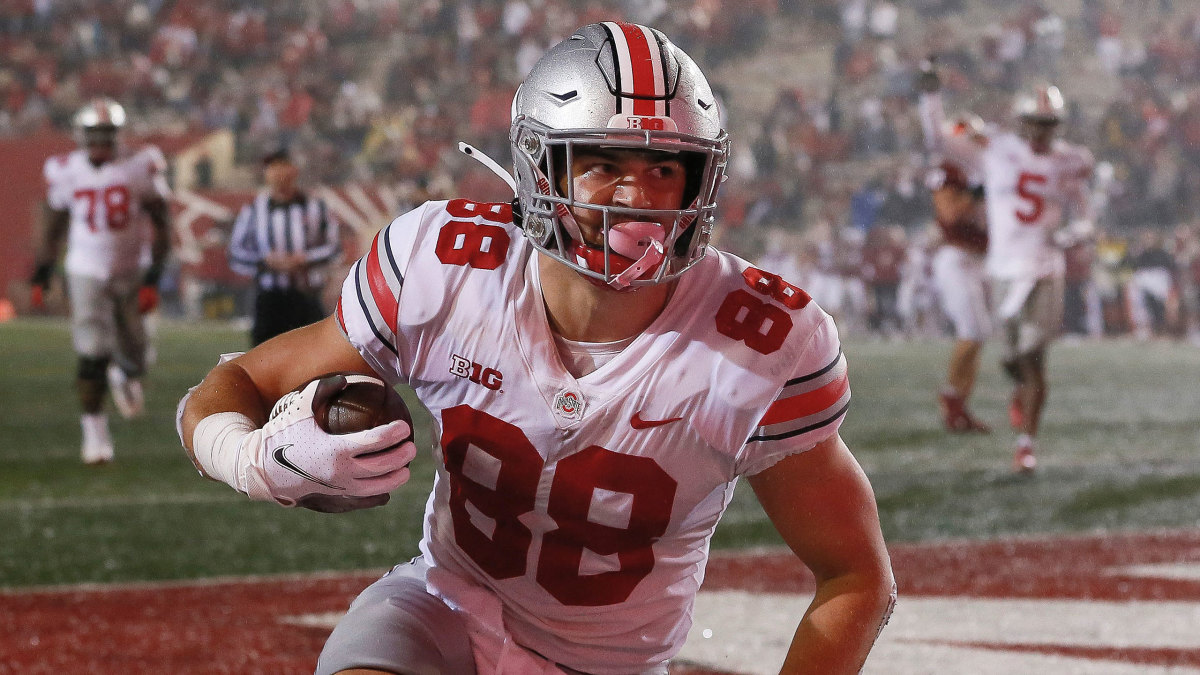 Decisions are getting tough in SI’s latest update of a hypothetical expanded college football postseason in 2021.

This is a weekly Sports Illustrated series using the current college football standings to create an imaginary 12-team playoff bracket based on the model proposed this summer by CFP executives. In case you’ve forgotten, the 12-team model features (1) the six highest-ranked conference champions and (2) the next six highest-ranked teams. The four highest-ranked conference champions get byes to the second round (independents are not eligible to receive a bye—sorry, Notre Dame).

The 12-Team Fake Playoff Selection Committee had what was likely its most difficult decision of the season in choosing this field. The debate raged deep into Sunday night and even into Monday morning as we squabbled over various issues: (1) Is Oklahoma, which has looked just about as vulnerable as any top-10 team this year, really getting the luxury of a first-round bye? (2) What do you do with one-loss teams Oregon and Ohio State, since the former beat the latter but the latter has looked better? (3) Who do you grant a home game to—Ole Miss, Ohio State or Notre Dame? (4) Who gets the final at-large spot at the No. 11 seed?

Now, let us sift through these. The answer to the first is yes, because only conference champions have access to the top four seeds (had Oregon not lost at Stanford, the Ducks would be in this spot instead of the Sooners, but alas). As for No. 2, Oregon and Ohio State feel like a pair joined at the hip. Last week, the Committee did the unthinkable and left them both out of the field altogether (gasp!). This week, they’re back into the field comfortably after losses from Penn State, Oklahoma State and Iowa. What’s been difficult is to separate the two, seeing as though they have one loss, similar overall résumés and played to a touchdown difference in Columbus, Ohio, earlier this season. That said, Oregon has looked way more vulnerable of late, but it’s on the field that counts, and the Ducks won 35–28.

Mostly because of the amount of quality wins, we gave the home nod this week to the Rebels, who would host the Buckeyes in a first-round game in Oxford (fun!). Each of these three teams has a respectable loss, but the Buckeyes and Irish lost at home—a dagger that, in the end, cost them from hosting a game.

The 11 seed debate: In what is becoming the single toughest choice each week, the final at-large debate this go-around was especially tough. One-loss teams like Ole Miss, Oregon, Ohio State and Notre Dame seem to have distanced themselves from the other one-loss squads that the Committee considered for the final at-large seat at the table. Those other teams include Oklahoma State, Iowa, Pitt, Baylor, SMU and, of course, the team that got a ticket to the ball, Kentucky. How do you differentiate these teams? We attempted to do that through two ways: (1) number of quality wins, defined as a road win over a top-50 team and a home win over a top-30 team; and (2) how bad is their one loss. The Cowboys have the most quality wins, as it turns out. But their loss at Iowa State wasn’t as … respectable as the Wildcats’ losing at Georgia. Pitt, Baylor and SMU are all lacking enough quality wins to be in the conversation, honestly.

The Wake case: The Demon Deacons are only in the field because we must include the top six conference champions. For about five weeks going now, they’ve leaped at least a couple of teams that hold better résumés than their own (Wake Forest, for instance, has just one quality win—at Virginia). This may be the case for a few more weeks. Wake’s toughest tests might come in its final two games: at Clemson and at Boston College. Without this requirement, Oklahoma State is likely in the field this week. Or maybe Iowa. Either way, the sixth-best conference champion is almost certain to secure a spot that would have gone to an at-large team with a better résumé.