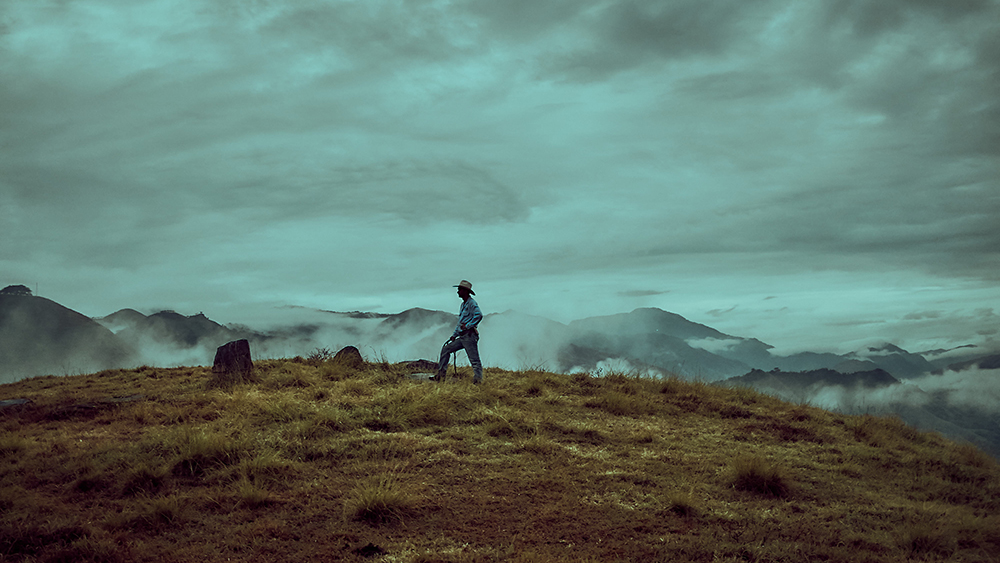 Combining folklore with socio-political themes through magic realism, “The Whisper of the River” tells “a story about loss, resilience, and mainly about the loss of innocence,” in Colombian debutant director Valencia’s own words.

The film follows Antonia, a young woman with an adventurous spirit, living in a town cut off from civilization, surrounded by nature. There, death is as important and as sacred as life itself.

When Antonia decides to challenge the legends of his people, it will bring many misfortunes to the town. She determines to face her tragic reality to make up for the chaos that surrounds her.

The project was presented at the Guadalajara 2020 Co-Production Meetings, in addition to having been selected in the Plume & Pellicule 2021 workshop. It is scheduled for a 2023 first half shoot, according to Héroe Films’ director-producer Henry Rincón.

Launched in 2011 with the aim of developing authentic film projects with a visual and narrative power that connects to a global audience, Héroe Films released its first feature film, “Pasos de Héroe,” in 2016.

The company’s second feature, Rincón’s “The City of Wild Beasts,” co-produced with Ecuador’s Mácula, is the story of an orphan and rap lover who must flee the big city to live with his grandfather after an altercation with gang members. It was recently picked up by HBO Max for first window U.S. pay TV rights while Los Angeles-based Outsider Pictures snagged the remainder of U.S. distribution and handles world sales.

“The growth of the project has been incredible, from the participation of 36 Grados, who have a creative structure in projects that have music as a narrative line,” Rincón said.

“This will give the series a dynamism and a look that the audience will connect with. With Proyectil, knowledge and experience in creating series has been gained.”

“This has strengthened the structure of the series, with a focus on a global audience, but with a clear closeness to the Spanish-speaking market,” he added.

Proyectil’s Felipe Martínez was executive producer on several Fox series such as “Cumbia Ninja” and “2091,” co-directed “Crime Diaries: Night Out,” a Dynamo production for Netflix, and the Mexican remake of “La muchacha que limpia,” produced by WarnerMedia Latin America and BTF Media, among other titles.

“God Level” producers are currently beginning the process of contacting SVOD platforms, taking advantage of the route already traveled by “The City of Wild Beasts.”

Their idea is to produce a first season of “God Level” in the second half of 2023 in several cities in Colombia; a second season would be focused on several Latin American countries.

“The series will take the universe and the characters that intervene in ‘The City of Wild  Beasts,’ putting them in the context of improvisational street battles, but giving further development to the fears, ambitions, family struggles, challenges and emotional and sexual insecurities of the guys, who will have to fight battles and war through the word, in the middle of a chaotic city, where the illegal and the legal are just a few steps away,” he explained.

“Additionally, the narrative lines of the co-stars will be expanded, with their life stories more developed, all in the middle of the world of hip hop, and its disciplines, such as graffiti, freestyle and improvisation,” he added.

In a parallel move, the Medellín-based company is working on the development of Henry Rincón’s third feature, prison drama “Corazón de Colibrí” (“Hummingbird Heart”), a project which was presented at this year Toulouse’s Cinéma en développement.

Inspired by real life events, the film turns on Lucas Obregón, a 40-year-old humanities teacher, student leader, and passionate about poetry who is apprehended and blamed for belonging to revolutionary groups in the middle of a social protest.

This leads him to a dangerous Colombian jailhouse, where prisoners from all sides co-exist. The story talks about the friendship that arises between two worlds of different social conditions united by their experiences in prison.

“We are interested in Spain, France and the Netherlands because of the type of project, in which there are some European characters,” he said.

“We are currently in talks with potential co-producers from these countries in order to access artistic talents and financing funds. In the coming months we will be closing deals to advance in 2022 with the project strengthened,” he added.