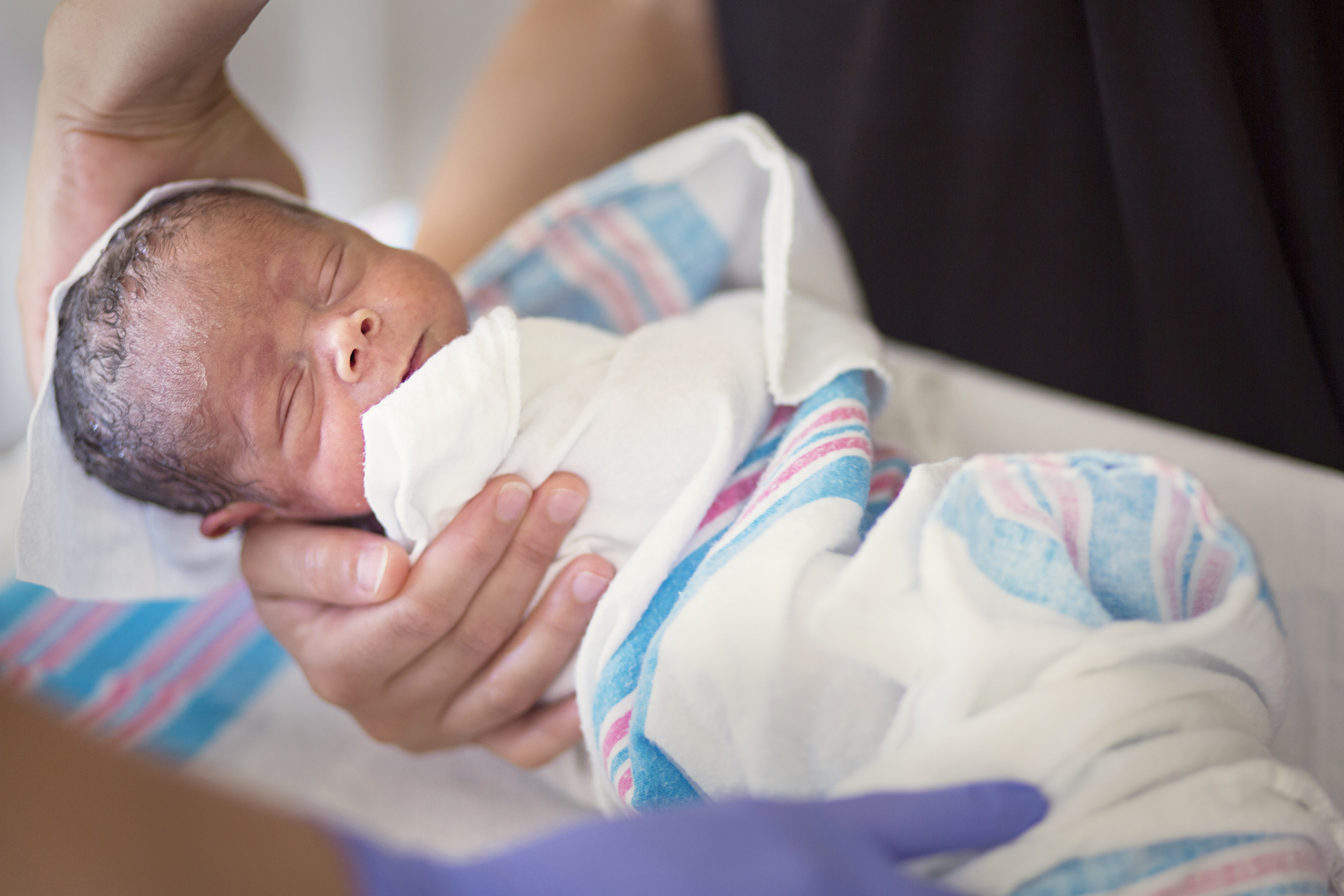 A pregnant woman’s colleagues have described the moment they helped her give birth at the Colorado car dealership where they work after she went into labor three weeks early.

Jalisha Maxey-Deveraux was getting ready to leave CarHop Auto Sales and Finance in Lakewood to head to a baby shower when she started having contractions in the bathroom.

Maxey-Deveraux told KDVR she “felt like it was a movie.” She called her husband to tell him she thought she was having “real” contractions rather than the Braxton Hicks. Braxton Hicks are known as false contractions, and occur when the womb contracts and relaxes as the body prepares for actual labor.

CarHop manager Libbie Roan told KDVR: “I knocked on the door and asked if she was OK. She was like, ‘Yeah, I think I might be in labor,’ and I was like ‘OK!'”

The baby, named Jhersi, was born weighing 5 pounds, 9 ounces. On average, babies weigh between between 5 pounds, 8 ounces and 8 pounds, 13 ounces when they are born, meaning she was on the lower end of the scale.

Roan said the dealer didn’t have many supplies to deal with the situation. “We didn’t have any towels… we’re a business, we were not in the business of babies,” she said.

Colleague Jacob Cloutier was able to help Maxey-Deveraux give birth using what he had learned from the birth of his own son.

“There’s a lot of screaming and a lot of, I don’t want to say anger, but pain going on,” Cloutier said of Maxey-Deveraux giving birth. “A lot of it, on my end, was just remaining calm, trying to keep her calm and trying to keep her breathing.”

Maxey-Deveraux said Cloutier “stood up and did what he had to do and helped me out and I really appreciate it because I don’t know if she would have been OK if he hadn’t.”

According to an article by Dr. Robyn Horsager-Boehrer, a professor of obstetrics and gynecology at William P. Clements Jr. University Hospital, the first thing to do in an emergency birth situation is to call 911.

“Then remove your pants and underwear,” wrote Horsager-Boehrer. “Lie down or sit propped up (standing or squatting could result in the baby falling and suffering serious injury). Try to stay calm, and practice deep breathing.

“When the urge to push becomes overwhelming, push for counts of five then pause and breathe. Do your best to gently guide the baby out as it emerges from your pelvis, and carefully unloop the umbilical cord if it’s wrapped around the baby’s body or neck.”

Next, the baby should be dried and put against the mother’s chest for warmth. If it doesn’t immediately cry, rub its skin to stimulate it, and run your fingers on either side of its nose to remove any mucus.

Two strings, such as shoelaces, can be used to help safely remove the umbilical cord, according to Horsager-Boehrer. Tie one four to five inches from the baby’s belly, and the other to two three inches after that. Use scissors or a knife to cut the cord between the two ties.