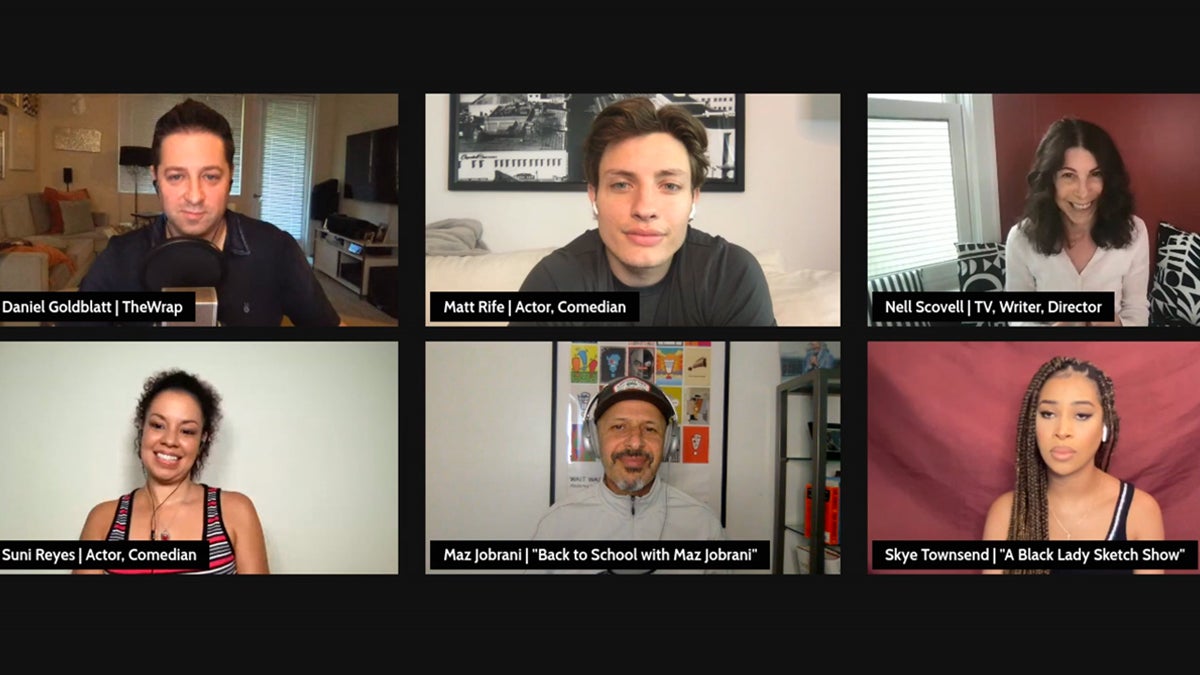 In a cancel culture environment, are comedians pulling their punches? Are subjects like race and sex — staples of stand-up — now off-topic? Those are the questions posed to a group of comedians in TheWrap’s “Cancel Culture in Comedy: How Far is Too Far?” roundtable, part of the ongoing series, “Conversations on Cancel Culture.”

Nell Scovell — a writer/producer whose credits include “The Simpsons,” “Murphy Brown” and “Charmed” — remembers debating with Gloria Steinem over whether you can joke about rape.

“She was saying, ‘No, we really shouldn’t joke about rape,’” Scovell said, recalling a conversation from years earlier. “I was saying, ‘No, you could still joke about rape.’…We finally got to an impasse. And so I just told her one of my favorite Sarah Silverman jokes, which is, ‘I got raped by my doctor, which for a Jewish girl is bittersweet.’ So she laughed, and I said, ‘See?’”

Comedy in the 21st century, as Billy Crystal recently said, is a minefield. Comedians like Bill Burr, Roseanne and Kevin Hart have learned the hard way that if you step outside of your lane, it won’t go over well with today’s audiences. But a good smart joke, that comes from a comedian’s own experience, can tackle issues that otherwise might be taboo.

“If you’re using it just for shock factor, it’s going to feel cheaper than somebody who goes, ‘Look, I’m really speaking my truth,” Townsend argued. “Because it can be a really funny joke about black women. But somebody might say, that’s offensive, versus me sharing it and it’s my truth. Whenever I’m going to say something that could be possibly offensive, I attach it to my truth. So that I go, you know what, that’s my story. And that’s just how I’m telling it. I’m never going to get offensive with somebody else’s truth.”

Jabroni added, “One of the things we got to remember with all of this is at the end of the day, we live and die by basically people’s opinions and what they decide. So you can go on stage and say something racist, and see how that plays out for you and your career. Maybe you’ll find a career — some people I know, comics, have gotten more racist and have actually gained followers on the right. So, you live and die by it.”

But what happens when a joke you made many years ago, which was within the boundaries of society at the time, suddenly gets brought back up and judged by today’s standards?

“We should have the opportunity to show people that we have evolved or that we have learned from our mistakes and that we are not just doing things from a place of hate,” Reyes said. “Sometimes people do things, I think as Skye mentioned, from ignorance. They just don’t know any better, they were not exposed and people have lost common sense. Like they just cannot tell (the difference) between someone truly being hateful and mean … and OK, you’re just a little dumb and you need to be told that you’re dumb. And hopefully, now you will learn this lesson and do better.”

For Scovell, sometimes looking back on old material she wrote can be difficult.

“I definitely cringe,” she said. “And I think we’ve made huge progress … There’s a great quote I loved in the Beastie Boys documentary. So, the Beastie Boys’ early lyrics are super sexist and then they kind of have this evolution and they they move away from that. And someone attacked Adam Horovitz for flip-flopping. And he said, you know, I’d rather be a hypocrite than stay the same person. And I do think we, as a culture evolves, we each as individuals evolved. I think if men could learn to say I’m sorry, it would solve a lot of problems.”

So with the cancel culture mob always looming, a comedian has to decide if a potentially controversial joke is worth the risk. Do you push the envelope or just keep it to yourself? For Rife, he asks himself a simple question to help him decide.

“It depends on how funny it is to me,” he explained. “If it’s like a funny thing and then I weigh the consequences of like, ‘Oh, I know, X, Y, Z people might not like this,’ or whatever, then yeah, I’ll weigh the benefits … Is it worth it to you making the people you want to make laugh? Is it worth that to offend these people? If those people already probably aren’t going to like you, no matter what, regardless of this one joke you make — it might be worth it, might not. It’s kind of up to you. You can joke about whatever you want.”

This conversation is the third of four in a series of roundtables titled “Conversations on Cancel Culture,” presented by TheWrap, which began on May 25. TheWrap will be livestreaming a new discussion every Tuesday at 12 p.m. PT on one of the following topics: journalism (May 25), film criticism (June 1), comedy (June 8) and rehabilitation from cancel culture (June 15). On Friday, June 11 at 4 p.m. PT, audiences are also invited to tune into an encore and follow-up discussion with the panelists exclusively on Clubhouse.