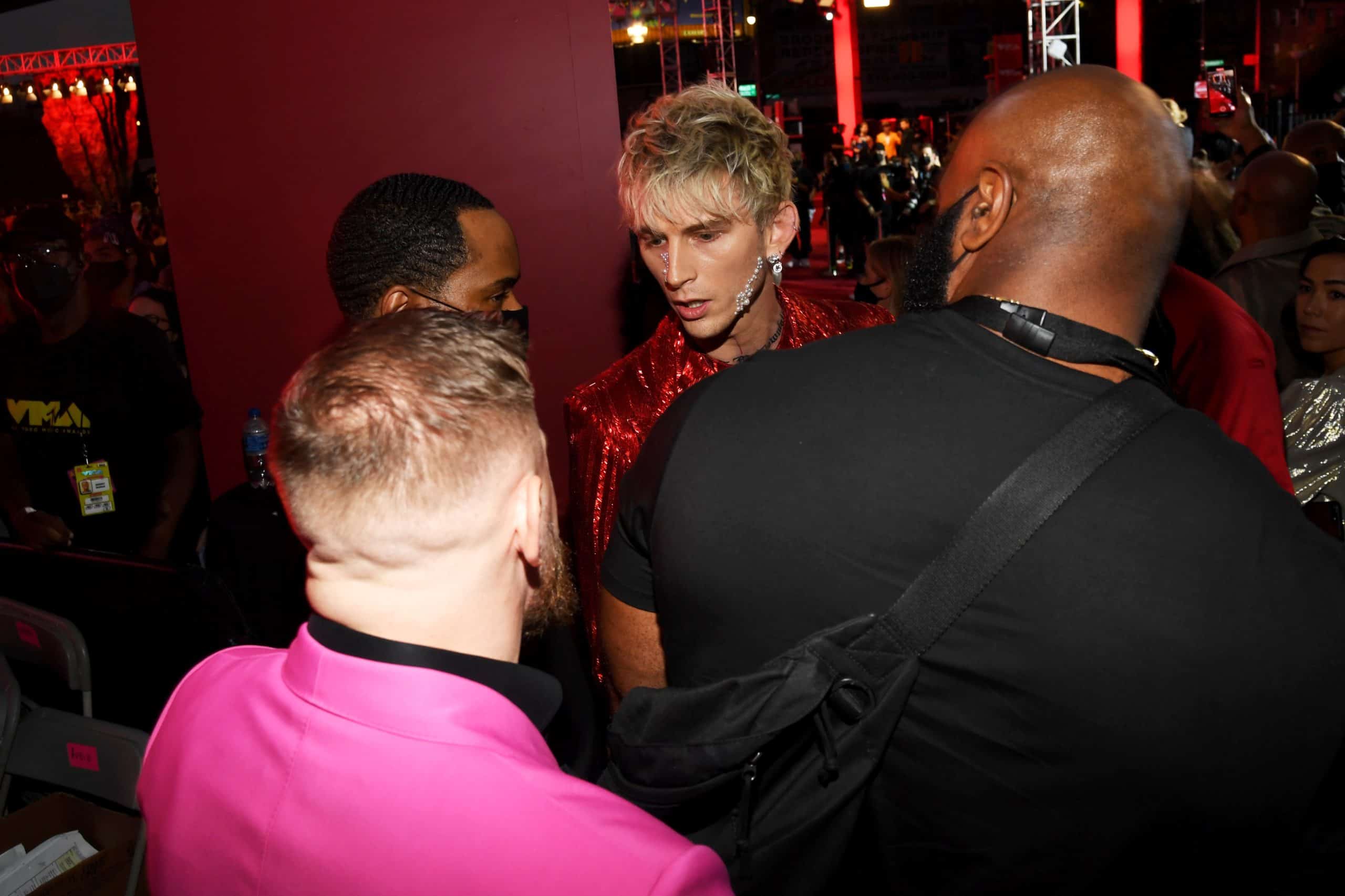 Last. night during MTV’s Video Music Awards, things seemed to get a little heated between Connor McGregor and Machine Gun Kelly while they were on the carpet. While it was unclear what caused the incident, photos and videos showed that it was intense.

Shortly after the moment, both men were asked about what happened to cause that moment, and it seems like the exact answer is still up in the air.

Speaking with Entertainment Tonight, Connor McGregor said, “Absolutely nothing. I don’t know. He showed up, and I don’t know. I don’t know the guy. Nothing happened with me, I only fight real fighters, people that actually fight, you know what I mean. I certainly don’t fight little vanilla boy rappers. I don’t even know the guy. I don’t know anything about him, except that he’s with Megan Fox.”

Variety caught up with MGK following the moment and they tried to get his side of the story, but he laughed about the moment before walking off.

As we previously reported, there were plenty of noteworthy moments that took place at the 2021 Video Music Awards (VMAs). Including Chloe Bailey’s debut solo performance, for her new single “Have Mercy.” As well as a performance from Normani, which featured a surprise appearance from Teyana Taylor. Doja Cat hosted the award show while showing out with multiple unique fashions.

And many other talked-about moments.