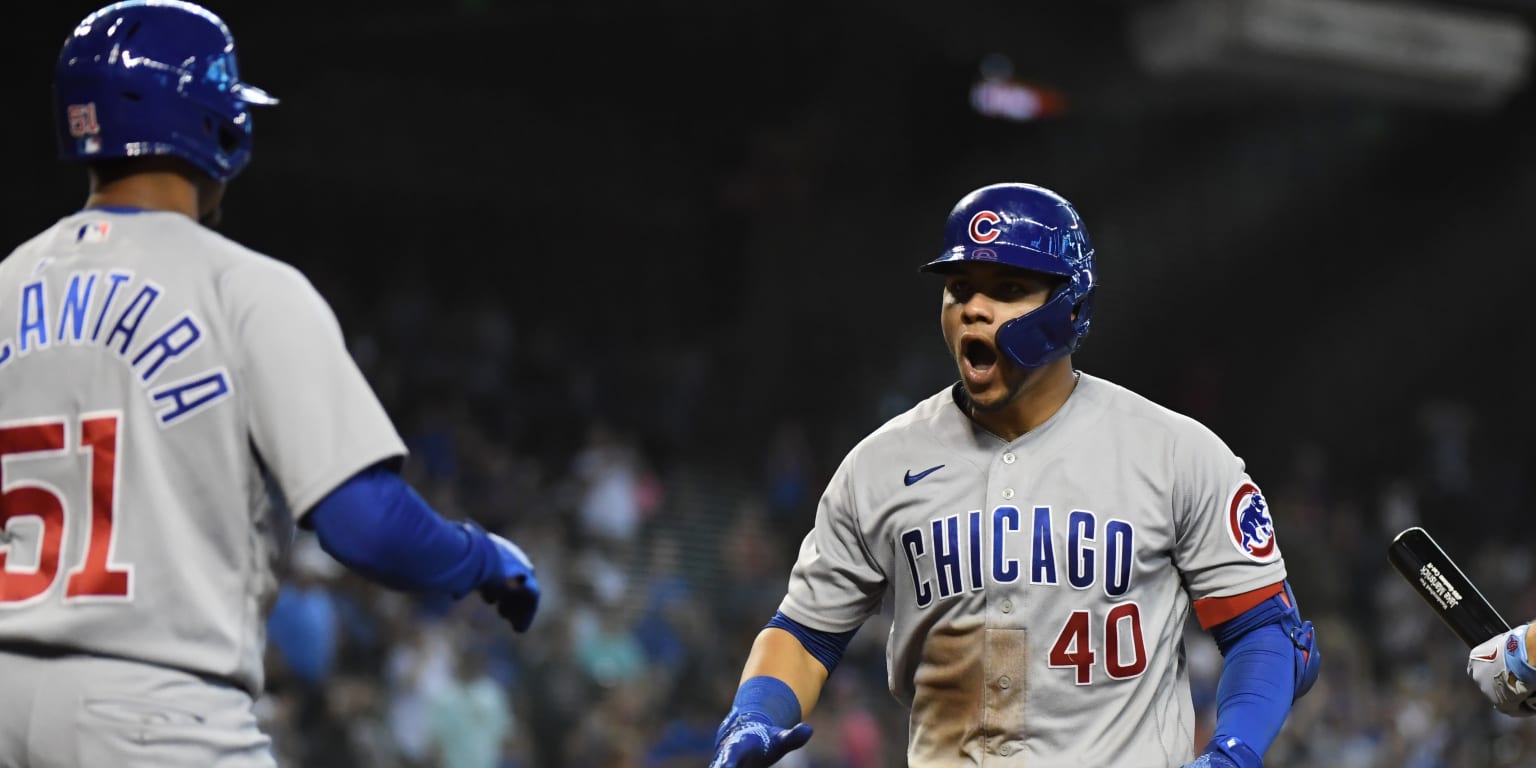 PHOENIX — The large swaths of fans donned in visiting blue who covered the Chase Field stands had little to cheer about for much of Saturday afternoon. The Cubs’ bats had been quiet.

That was no longer the case when Willson Contreras stepped to the plate in a tie game with two outs in the top of the ninth inning.

If this had been a week or two ago, Contreras may not have been up to bat in this spot for numerous reasons, one of them being that the Cubs potentially wouldn’t have extended the game to this point amid their prolonged struggles. But this time, Contreras had an opportunity to turn the tide. And as soon as he connected on an 0-1 fastball, it was clear he had done that.

Contreras belted a go-ahead two-run homer to lift Chicago to a 4-2 victory over Arizona, capping a thrilling comeback. The 404-foot blast tucked inside the left-field foul pole, clearing the D-backs’ bullpen and landing in the seats.

As soon as Contreras made contact, his reaction showed that he had gotten all of it. Even if that wasn’t his exact thought in the moment.

“To be honest, I wasn’t overthinking the situation. I went up there to take one more at-bat and hopefully do something good for the team,” said Contreras, who went 3-for-4 and reached base four times. “It was a nice spot to be in, and of course, I wasn’t expecting to hit a homer. I was just trying to get a good pitch to hit, which I did.”

It was Contreras’ fifth plate appearance of the day, because he was again batting atop Chicago’s lineup. Despite not being a prototypical leadoff hitter, the Cubs’ catcher has served in that role 23 times this season, mostly against left-handed starters.

Joc Pederson had been the primary leadoff hitter against right-handers, but he was traded to the Braves on Thursday. So manager David Ross decided to give Contreras more opportunities atop the order against righties, which is why he was there Saturday with Zac Gallen starting for the D-backs.

Why bat Contreras there instead of a more typical speedster?

“Looking around, I didn’t see a lot of other guys that I thought stood out to me in that spot,” Ross said.

There are also reasons why Contreras is a good fit. He leads the Cubs with a .350 on-base percentage and 38 walks, while ranking third with 14 homers. He’s also reliable, having played 82 games this season, which includes 641 2/3 innings behind the plate.

“He’s carried a heavy load for us this year,” Ross said. “When he’s fresh — and you see out of the All-Star break how fresh he is — it’s important for me to do a good job of keeping him fresh, with what the at-bats look like. It’s really clear that he’s grinding for us and me and this team really hard this year.”

Contreras wouldn’t have had a chance to deliver his go-ahead blast if it hadn’t been for an impressive rally ahead of him. Down to their final out with the bases empty, the Cubs got a double from center fielder Rafael Ortega, another player who will get increased opportunities following the Pederson trade.

Chicago then called on veteran catcher Robinson Chirinos, who signed with the team July 5 and had only eight plate appearances in five games to that point. Chirinos knocked a game-tying pinch-hit RBI single, setting the stage for Contreras’ homer two pitches later.

“That’s the only thing you can ask from the guys that are not playing: Be ready when the situation’s asking them to step up,” Chirinos said. “I think every guy on this team is doing that. I’ve been in the dugout and I’ve seen the guys moving around, stretching, hitting, throwing. As a teammate, I love to see that.”

The Cubs’ two-game winning streak is their first since June 24. They’ve also clinched their first series victory since a three-game sweep of the Cardinals from June 11-13.

After dropping 13 of 15 games to end the first half, it’s going to take more than two wins to push the Cubs into the postseason. As one of the team’s leaders, Contreras wants the team to look ahead, rather than back.

“I told my guys, ‘Let’s start from zero. Let’s do it because I believe in this team, I believe in the talent that we have,’” Contreras said. “June was a tough month, but it’s already over. We’re looking forward to playing better baseball.”