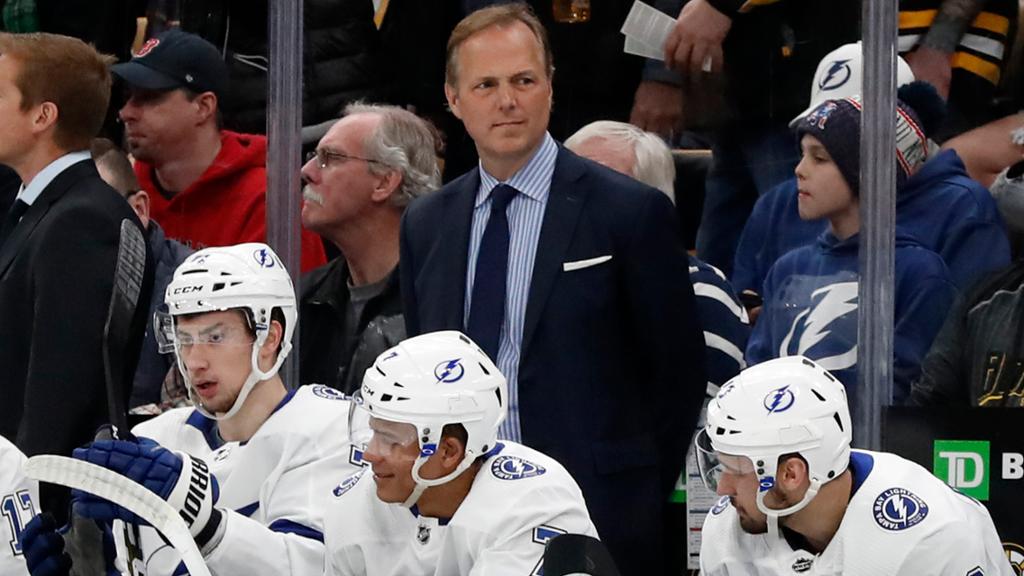 TAMPA — Jon Cooper signed a three-year contract extension Monday to remain coach of the Tampa Bay Lightning through at least the 2024-25 season.

Cooper guided the Lightning to consecutive Stanley Cup championships the past two seasons. They will try to become the first team to win at least three in a row since the New York Islanders won four straight from 1980-83.

“To be honest, in this organization [contract negotiations] really never ever becomes an issue,” Cooper said. “It’s kind of like a family atmosphere and lots of open lines of communication before anything happens. So this was talked about probably four days after we hoisted the Stanley Cup. We got into the nitty gritty part when we started to come to training camp but for me it wasn’t about my contract, it was making sure of the whole staff and we’re all in this together. I didn’t want any of this to be announced or to be done yet until everybody was looked after and that looks likes its happened.

“I’m just excited to be a part of this organization for a few more years and just continue to build on this standard we’ve set. It’s the greatest place to work. I think enough has been said about (owner) Jeff Vinik and how fabulous he is and the relationship (general manager) Julien [BriseBois] and I have had for a number of years now. Tampa is my home and so it’s great to be able to be back, to be able to be here for a few more years.”

The Lightning begin the season against the Pittsburgh Penguins at Amalie Arena in Tampa on Tuesday (7:30 p.m. ET; ESPN, ESPN+, SN, TVAS).

Tampa Bay’s 383 wins are the most in the NHL since Cooper took over as coach. The Lightning also lead the League with 2,019 goals in that span.

“Unequivocally, ‘Coop’ is the best person for the job,” BriseBois said. “He is a great leader, spokesperson and ambassador for our organization. We are lucky to have him as our head coach and I very much look forward to our continued partnership.”

They also reached the Eastern Conference Final in 2016 and 2018, losing each in seven games to the Pittsburgh Penguins and Washington Capitals, respectively.

He was named the coach for Canada’s men’s ice hockey team at the 2022 Beijing Olympics on Aug. 9.

He led Norfolk to the Calder Cup as AHL champion in 2011-12, when he also won the Louis A.R. Pieri Memorial Award as the top coach in the league. Norfolk set a North American professional sports record with a 28-game winning streak that season.