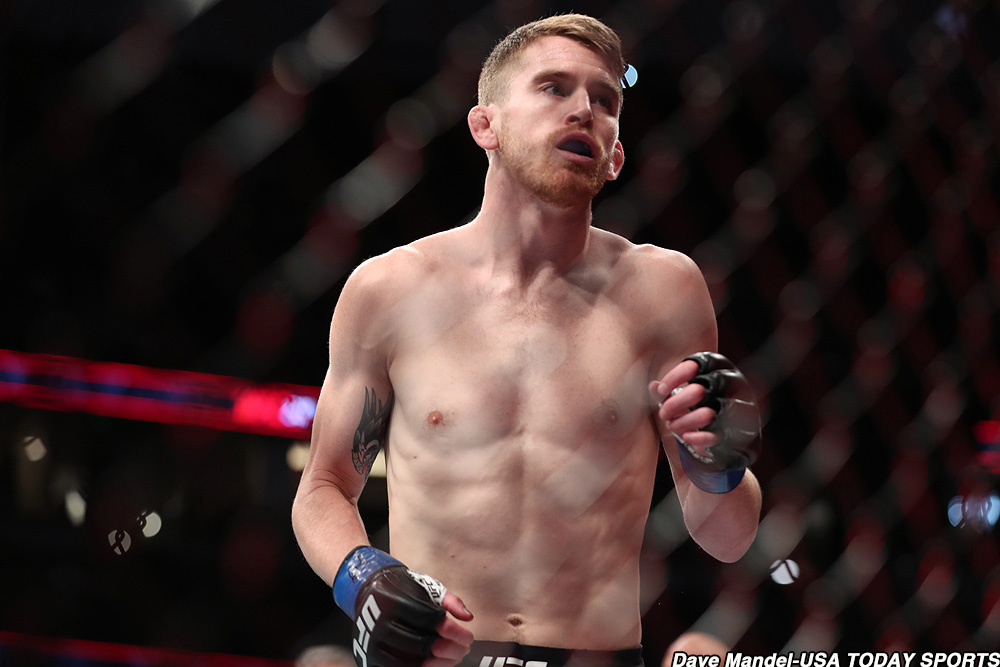 Cory Sandhagen came up short Saturday at UFC 267 when he lost a unanimous decision to Petr Yan with an interim bantamweight title at stake.

In the immediate aftermath, Sandhagen (14-4 MMA, 7-3 UFC) owned the defeat. When he spoke with UFC commentator Daniel Cormier in the cage moments after the decision, Sandhagen voiced optimism the experience will help him as he moves forward with his career.

“He’s a hell of a fighter, man,” Sandhagen said. “You’re a great fighter. He was better tonight, man. I don’t really have much else to say. I always ask. I always want to fight the best in the world. I know that’s what’s going to make me the best martial artist I can be. I’m grateful I got to do it tonight. I’ll take from it and I’ll learn from it and next time I face him, I’ll get the win.”