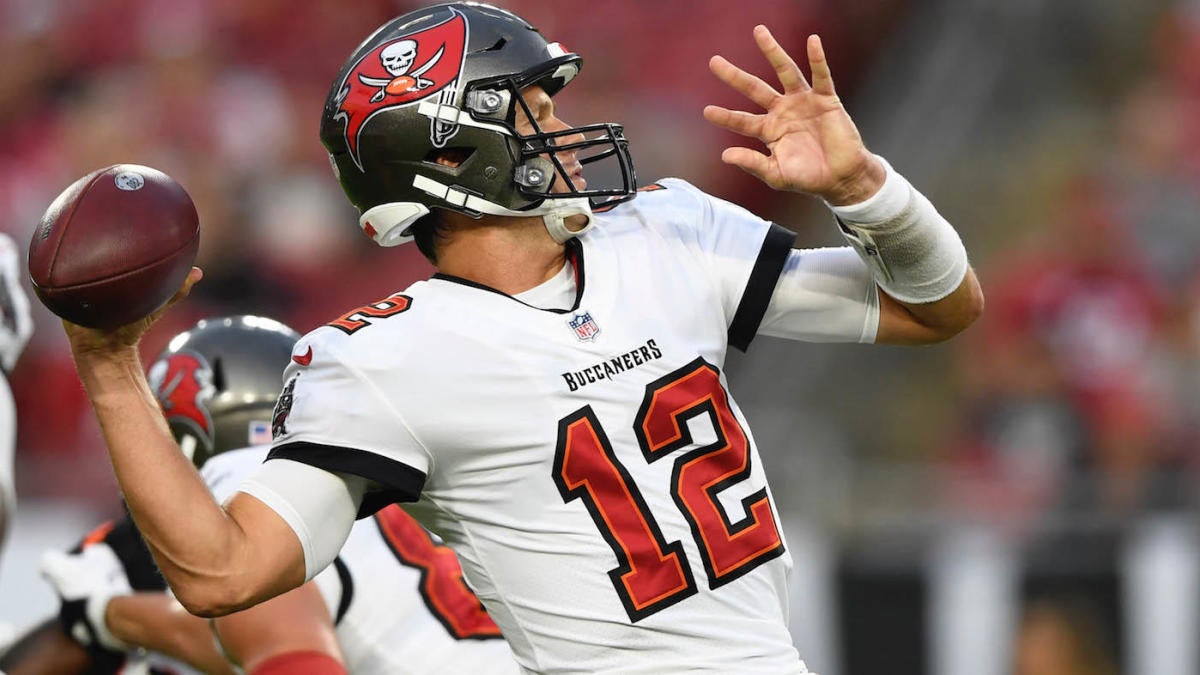 Well, we made it. The 2021 NFL regular season is finally here as the Dallas Cowboys and Tampa Bay Buccaneers are set to do battle from Raymond James Stadium on Thursday night. Of course, this game has no shortage of storylines.

On one side you have the Bucs, who are entering this year as the defending Super Bowl champions. After an unprecedented offseason where they retained all 22 starters from that championship-winning squad, Tampa Bay is now looking to become the first team since the 2003-04 Patriots — also quarterbacked by Tom Brady — to repeat as Super Bowl champions. As for the Cowboys, Thursday marks the return of quarterback Dak Prescott, who missed the bulk of last season after suffering a horrific ankle injury. Dallas is currently looked at as the favorite in the NFC East and a healthy Prescott for a full regular season could help them live up to that hype.

Below, we’re going to be diving into all the betting angles that this game has to offer, so sit back, relax and let’s comb over how we can make some money as we welcome back the NFL for the 2021 season.

All NFL odds via Caesars Sportsbook.

Back in May, this line opened at Buccaneers -6 and the defending champions have only increased their advantage throughout the summer. Tampa Bay was at most a 9.5-point favorite in mid-to-late July but dipped back down to -7.5 by the start of game week. As this week has progressed, the Bucs have grown to an 8.5-point favorite on the eve of their head to head.

The pick: Buccaneers -8.5. Tampa has only added to what was a championship-winning team from a year ago, so it’s understandable why they’re such heavy favorites in this matchup. It also doesn’t hurt that the Bucs defense may have an easier time disrupting Prescott in this game as starting guard Zack Martin is slated to miss this contest after landing on the COVID-19 reserve list. Meanwhile, the Buccaneers offense against a suspect Cowboys secondary is a clear mismatch. Last season, Dallas ranked 21st in the NFL in DVOA against the pass and isn’t expected to be drastically improved in 2021.

Historically, there is a case for the Under to hit here. The Under is 4-1 in Dallas’ previous five Week 1 matchups. As for the Buccaneers, the Under is 5-2 in their last seven home games. From a recent head-to-head outlook, the Under is 5-0 in their last five meetings against one another. A plausible scenario for this to unfold could be the Buccaneers exploiting the Cowboys secondary early, creating a lead and controlling the clock throughout the rest of the game with a solid running attack.

In the four full games Prescott played last season before going down with that ankle injury in the midst of Dallas’ Week 5 contest with the Giants, the Cowboys quarterback was on a ridiculous clip, averaging 50.3 pass attempts per game and 34.3 completions. He was also averaging 422.5 yards per game and over two passing touchdowns. If he picks up right where he left off, he’s smashing the Over on all these totals. That said, it’s hard to really expect Prescott — who did not play at all this preseason largely due to an injury to his throwing shoulder — to live up to those totals.

Out of these props, the Under 295.5 passing yards at -115 is the one worth targeting. Tampa Bay’s defense is extremely stout and should be able to limit Prescott’s impact through the air for the bulk of the contest. While he was on a record pace to begin 2020, Prescott hit this Over just seven times (43.7%) during his 16 games played during the 2019 season.

Brady’s numbers were impressive for it being his first season with the Buccaneers, but I do think it gets lost as to just how comfortable he became within this offense. Over his final nine games (including playoffs) to close out last season, Brady completed 64.1% of his passes for 2,739 yards, 25 touchdowns, and just six picks. When you project that over a full 17-game schedule, Brady would be looking at over 5,100 yards passing and around 47 touchdowns. After a more traditional offseason to prepare for the regular season, I expect Brady and Co. to come out of the gate hot, especially when squaring up against a Dallas secondary that struggled mightily in 2020. Give me the Over 305.5 passing yards at -115.

Ezekiel Elliott anytime touchdown (+113): To begin the 2020 season, Elliott scored six total touchdowns over the first five games. He’s the go-to player for the Cowboys as the goal-line back and has shown the ability to be a scoring threat in the passing game as well.

Chris Godwin 57.5 receiving yards: Over 57.5 (-120). Of the 16 games (including playoffs) played with Brady last season, Godwin hit the Over on this total nine times.

Mike Evans 4.5 receptions: Over 4.5 (+120). In the 20 games (including playoffs) Evans has played with Brady, he has looked his way a total of 131 times which comes out to an average of 6.55 targets per game. Evans only went over this total nine times in those 20 games last year, but if he’s getting solid volume and is efficient against a poor Dallas secondary, this could be a strong value play.