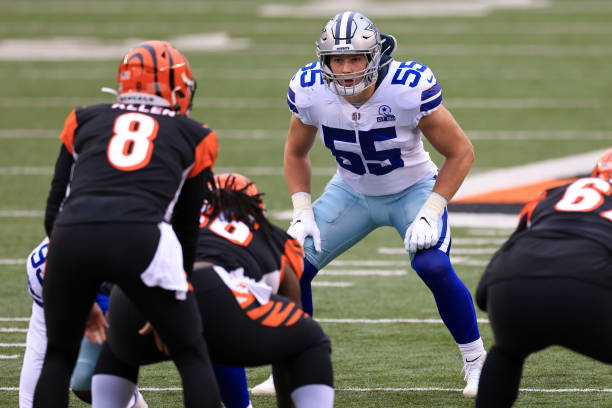 The writing was on the wall when the Dallas Cowboys selected Micah Parsons No. 12 overall in the 2021 NFL draft, but they finalized their decision to not exercise Leighton Vander Esch’s fifth-year option Monday.

The Cowboys would have been on the hook for a $9.1 million base salary had they exercised the option. Instead, the 2018 first-round pick is now scheduled to hit unrestricted free agency after next season.

However, the decision to decline Vander Esch’s option does not mean the Cowboys aren’t interested in keeping him around. Executive vice president Stephen Jones said Monday on 105.3 The Fan (h/t Michael Gehlken of the Dallas Morning News) that the team’s intention is “to keep Leighton around for the next four, five years.”

Dallas could look to sign Vander Esch to a long-term contract before he hits the open market, but it will likely depend on his performance in 2020.

A second-team All-Pro and Pro Bowler during a breakout rookie season, Vander Esch has struggled with injuries and effectiveness the last two seasons. He’s compiled 132 tackles over his last 19 games combined after putting up 140 during his rookie season alone.

Pro Football Focus gave Vander Esch a dismal 50.2 overall grade for the 2020 season. He has significantly regressed in each of the last two seasons in his PFF grades—and that’s without discussing his inability to stay on the field. A broken collarbone sidelined him for six games in 2020, and he dealt with a nerve issue in his neck that limited him to nine games in 2019.

“I’m going to train my frickin’ butt off this offseason,” Vander Esch told reporters in January. “I’m not really going anywhere. … I’m going to be here training all the way through February, March and April. That’s just what it is. I’m already looking forward to it.”

The Cowboys selecting Parsons, a rangy linebacker who can rack up tackles all over the field, was a signal they were no longer willing to bank on Vander Esch staying on the field. While Parsons and Vander Esch will wind up playing together at points next season, he was clearly no longer a priority once the team used a first-round pick on another linebacker.