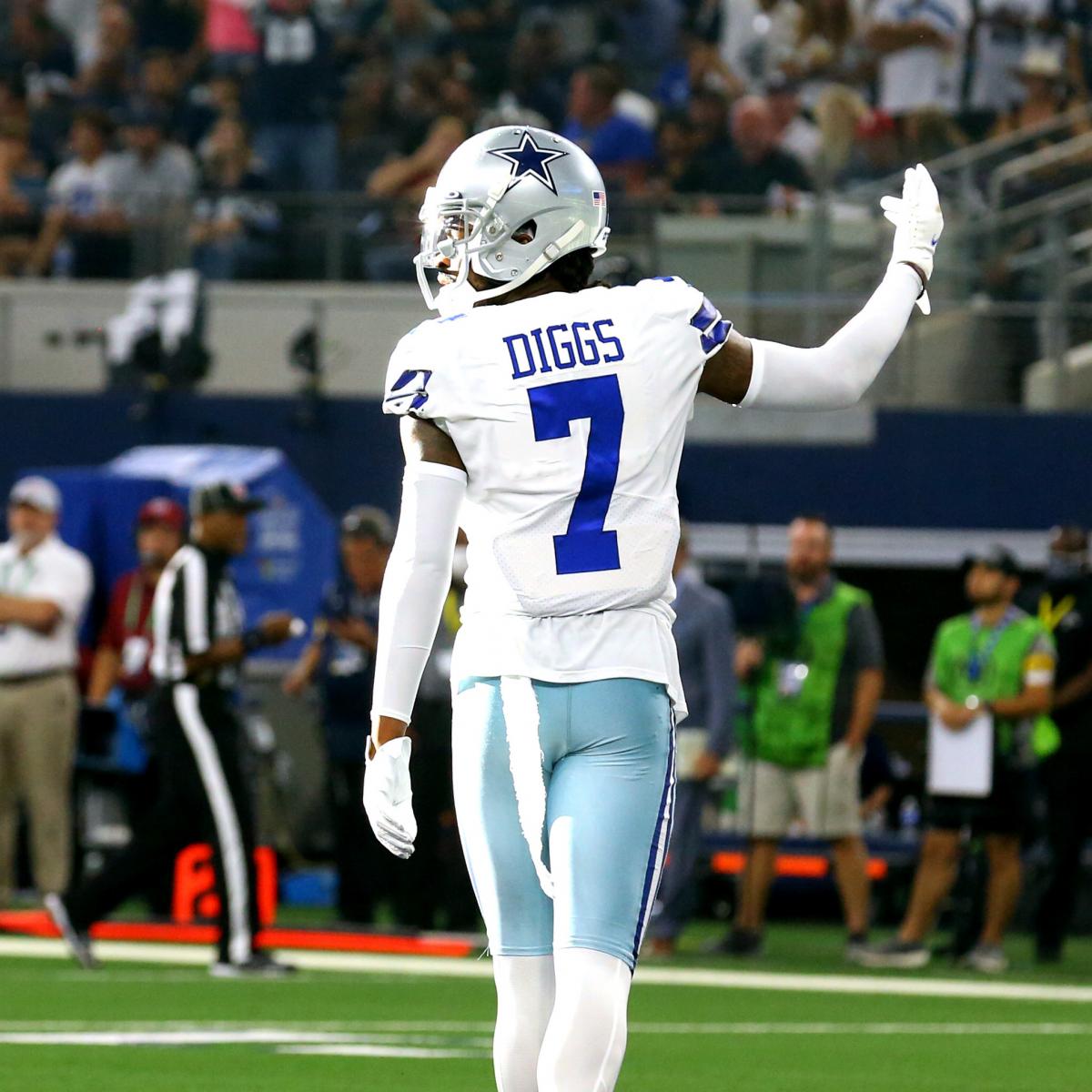 Trevon Diggs arguably isn’t a household name in the NFL yet. The Dallas Cowboys cornerback just turned 23 last month and is merely a sophomore coming off a good-not-special rookie season. And despite intercepting five passes in the first four weeks of the 2021 season, he wasn’t considered the favorite to win Defensive Player of the Year entering Week 5.

But Diggs picked off another pass, recorded five tackles and registered a pair of passes defensed as the Cowboys moved to 4-1 with victory over the division-rival New York Giants on Sunday, and now it’s hard to deny that the Alabama product is leading the DPOY race as he keeps building on a Defensive Player of the Month-worthy September.

Nobody else in NFL history has intercepted five passes in the first five games of a season. He’s got six and is on pace to shatter the single-season record of 14. That might still be unlikely, but even getting into the double digits is extremely rare in the modern era.

And while rookie Giants receiver Kadarius Toney beat Diggs impressively on one splash reception Sunday, that was one of just two passes for more than six yards that beats Diggs all day. Solid considering that prior to Week 5, he had surrendered an NFC-low 28.4 passer rating on throws into his coverage.

Still, nobody can call the Defensive Player of the Year race with the season less than 30 percent complete. With the fifth Sunday of the 2021 campaign in the books, here are Diggs’ top challengers.

Cleveland Browns edge defender Myles Garrett is the NFL sack leader with seven, and he also ranks near the top of the league with 16 hits after recording one and three respectively in a tough matchup with the Los Angeles Chargers on Sunday.

He’s on pace to break Michael Strahan’s single-season sack record (22.5), as well as Al Baker’s unofficial record (23.0). And if he does that, it’ll be hard for voters to go in Diggs’ direction unless he intercepts like a dozen passes.

Keep in mind that defensive backs rarely win this award, and pass-rushers often do. Eight of the last 10 winners were sack masters, and only two corners have won DPOY in the last quarter-century.

Aaron Donald has won this thing three of the last four years, and there’s little doubt he entered 2021 as the default choice as a result. He’s been his usual dominant self while basically carrying the Los Angeles Rams’ defense, with three sacks, 15 quarterback pressures, two passes defensed and a forced fumble.

Unlike Diggs or Garrett, he’s unlikely to put up historic stats in one particular category this season, but if nobody else sets a significant record and Donald leads the Rams back to the playoffs despite all of the bleeding they’ve done in recent offseasons, he’ll likely get plenty of DPOY votes.

On the other hand, it’s possible voters will do their best to find someone new to win this thing, and because of that, the bar might be higher than ever for the 30-year-old future Hall of Famer.

T.J. Watt and Chandler Jones entered Week 5 as the only two players in the NFL with five-plus sacks and multiple forced fumbles, and both have been DPOY contenders in the past so they can’t be remotely counted out at this stage.

While Watt was somewhat quiet in the boxscore as the Pittsburgh Steelers defeated the Denver Broncos Sunday, he’s still put up those numbers (five sacks, two forced fumbles, 10 quarterback hits) despite the fact he missed Week 3 because of a groin injury.

Not only did Watt lead the league with 15 sacks last season, but he ran away with the quarterback hits crown. It’s likely only a matter of time before he win this award, and he’s still in the mix entering the heart of the 2021 campaign.

Jones’ case is fading. The veteran Arizona Cardinals edge defender led all candidates after registering five sacks and two forced fumbles in a Week 1 victory over the Tennessee Titans, but he’s been blanked ever since in both categories.

Still, all it’ll take is another big game for his numbers to look superior to those of Garrett and Watt, and it counts for something that the Cards are the NFL’s only undefeated team after holding the desperate San Francisco 49ers to just 10 points on Sunday.

That Arizona D has been a pleasant surprise this season, and Jones has bounced back magnificently from a major biceps injury. He reminded us in Week 1 that when he’s at his best, he’s one of the most dominant defensive players in the sport. If he can wake up again soon, he’ll have a shot at contending for this award just as he did in 2019.

DPOY odds for Joey Bosa and others might be higher than Javon Hargrave’s, but I wanted to get a sleeper candidate in here because Diggs’ main four challengers are perennially in the mix.

That’s never been the case for the 28-year-old Hargrave, who trails only Garrett with six sacks despite primarily rushing from the inside. And it’s not as though he loaded up in one wild game like Jones. He’s had at least one sack in four of his first five games for the Philadelphia Eagles. He also has a forced fumble, and his 27 tackles dwarfs everyone else on this list except Donald (24).

So we’re telling you there’s a chance.