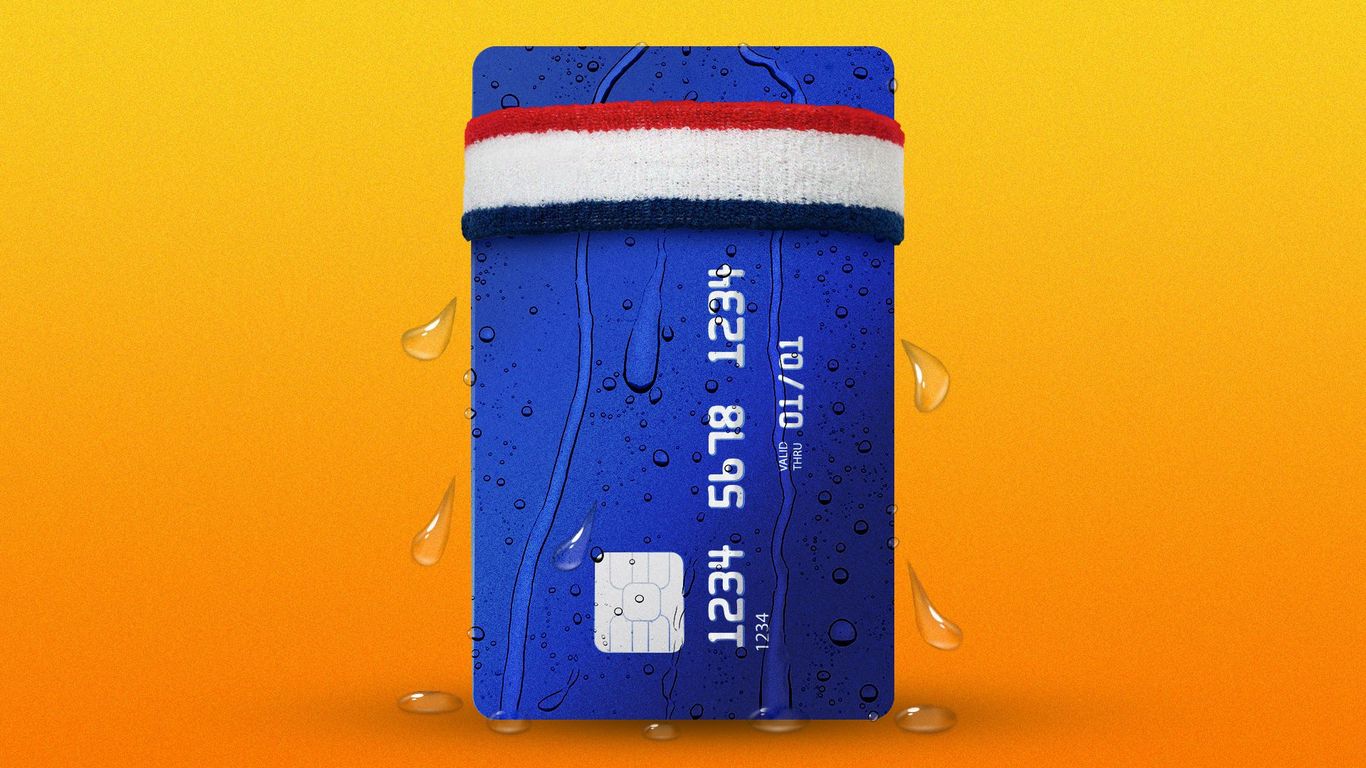 Driving the news: Credit-card balances are defying the gravitational pull of stubborn inflation and slower growth. They account for about $890 billion of Americans’ staggering $16 trillion in household debt.

What’s happening: Spending on experiences, like travel and entertainment, has supplanted physical goods like clothing and home items as the purchases of choice for consumers.

“If your costs begin to exceed your income. What do you do? You look for a relief valve through borrowed money,” investor Peter Tarr said in a Twitter thread this week.

Zoom out: For spendthrift consumers, a saving grace has been rising wages that, while failing to keep pace with surging inflation, are still rising at the fastest pace in decades.

What we’re watching: Credit card issuers are leaning into Americans’ hunger for debt, primarily by offering travel-related bonuses and cash back on purchases, according to data from Wells Fargo.

What they’re saying: “No one can live on borrowed money forever,” Ron Hetrick, senior economist at Lightcast said this week, connecting the worker shortage to rising credit debt.

Our thought bubble: If the jobs market stays relatively buoyant (July’s blockbuster report suggests it will) and wages keep rising (ditto), most consumers will likely find a way to keep the bills paid.

4 killed in Ohio; man called ‘armed and dangerous’ sought
‘Not her body, not her choice’: Indiana politicians react to near-total abortion ban