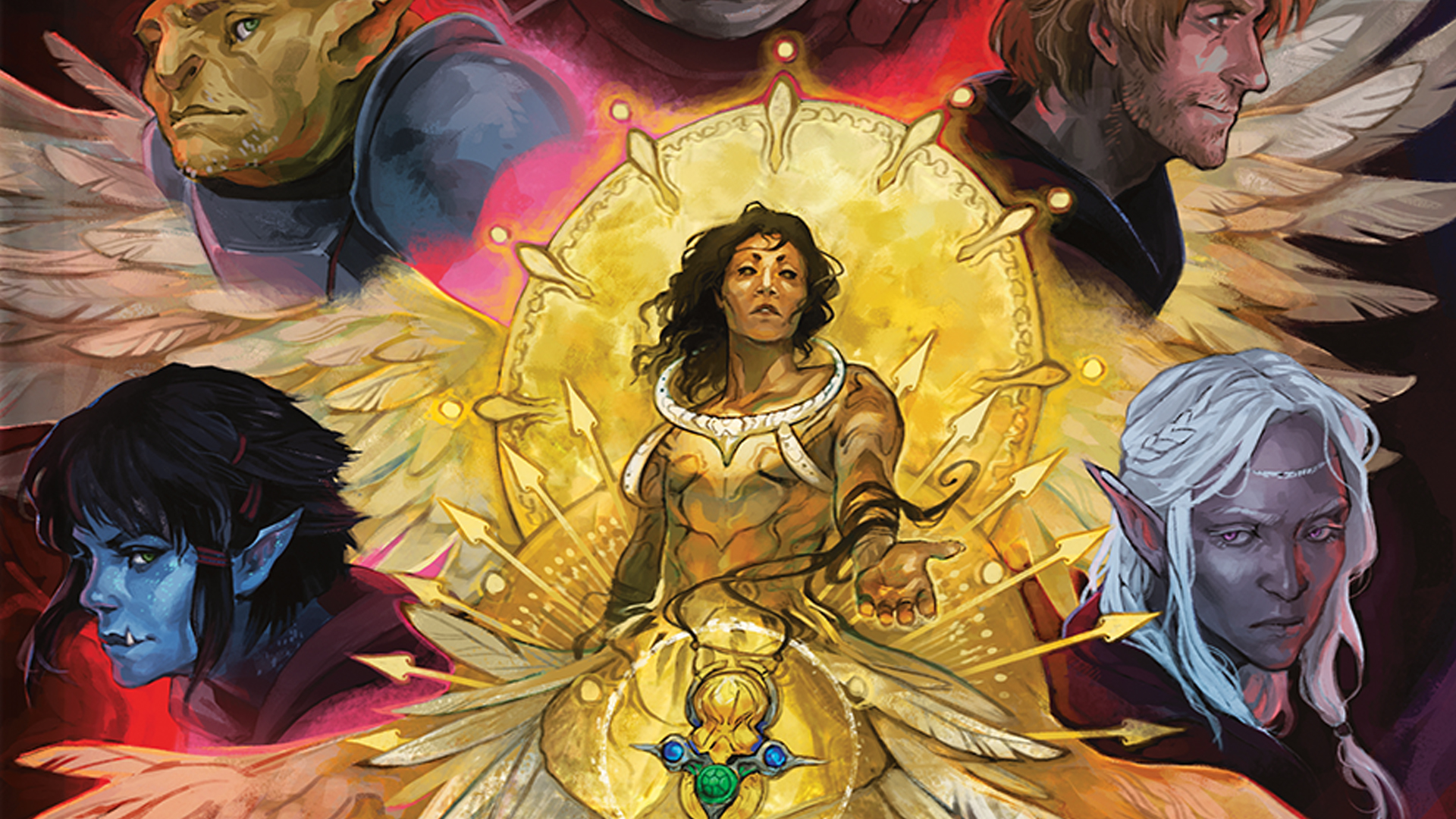 (Image credit: Wizards of the Coast)

Taking players from levels 3 to 12, Critical Role: Call of the Netherdeep will cost $49.95 and is available to pre-order now. Besides an all-new story that introduces unseen locations and monsters, it also introduces mechanics for a rival party of NPCs. This isn’t really something we’ve seen from the best Dungeons and Dragons books before, so the adventure should offer something to draw you in even if you’ve never watched Critical Role itself.

Taking place in the world of Exandria (the setting of Critical Role seasons one and two), this book will lead adventurers into a sunken realm that’s described as a cross between the Lovecraftian Far Realm and the ocean depths. It’s not a monster hunt, though; this is a rescue mission. To be precise, Critical Role: Call of the Netherdeep challenges players to rescue “a mighty champion of the gods” whose name and deeds have long since been forgotten.

“Getting to bring a direct adventure book within Exandria to life is really such an exciting thing, especially exploring ideas and elements I’ve never been able to bring to a campaign myself yet. Working with such a talented team to develop and craft a tale like this is an absolute honor,” Matthew Mercer says in the press release.

He goes on to suggests that this will be a darker sort of campaign; to be precise, Mercer “cannot wait for folks to step into the unique mysteries and dark challenges that Call of the Netherdeep invites.”

Comprised of seven chapters, Critical Role: Call of the Netherdeep begins in the Wastes of Xhorhas before introducing a new continent – Marquet. Creatures we haven’t seen before in the previous Critical Role book (Explorer’s Guide to Wildemount, which was a worthy addition to one of the best tabletop RPGs) will also be making an appearance, as will fresh lore and magic items.

Speaking of lore, D&D game design architect Chris Perkins says that Call of the Netherdeep feels true to the spirit of Critical Role while still being enjoyable for non-fans. “The story has depth, and there’s a wealth of setting information in this book for all the Critters out there.”

Call of the Netherdeep is just the latest in a line of new D&D releases over the next few months; Fizban’s Treasury of Dragons is launching at the end of October 2021, while Strixhaven: A Curriculum of Chaos is due to land a couple of months later.

For more tabletop action, don’t forget to check out our guide to the best board games. And yes, we know it’s early, but now that sales season is almost upon us, it’s also worth bookmarking our guides to the upcoming Black Friday board game deals and the Dungeons and Dragons Black Friday offers as we approach November.

As one of the site’s Hardware Editors, you’ll find my grubby paws on everything from board game reviews to Lego buying guides. I’ve been writing about games in one form or another for almost a decade (with bylines ranging from Metro.co.uk and PC Gamer to TechRadar), and have worked at GamesRadar+ since 2018. I can normally be found cackling over some evil plan I’ve cooked up for my group’s next Dungeons & Dragons campaign.