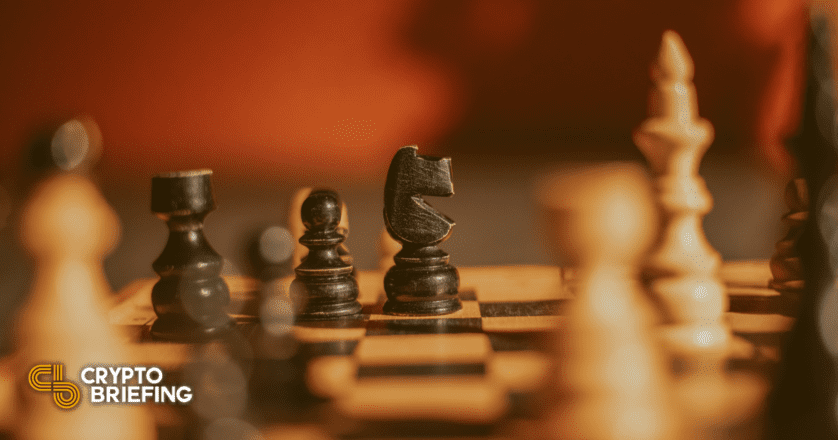 With its V2 update, Curve Finance will challenge other AMMs in the race for optimal capital efficiency.

The race for innovation in the decentralized exchange sector is heating up. Curve Finance has automated concentrated liquidity for liquidity providers.

The latest version of the popular decentralized exchange offers direct competition to the likes of Uniswap and Sushiswap. The DeFi protocol specializes in allowing the most efficient exchanges between assets with the same value. It’s often used for trading between dollar-pegged stablecoins and token pairs like ETH/stETH.

The V2 of the protocol will allow users to swap between unpegged assets. The first pool to launch is WETH/WBTC/USDT. The project has also integrated an automated version of Uniswap V3’s concentrated liquidity feature.

Our algorithm for exchanging volatile assets is up!

Concentrated liquidity allows users to choose which price range they’d like to provide liquidity for. For example, instead of providing liquidity to every possible price of Ethereum on the ETH/USDT pool, liquidity providers (LPs) can target the 2,000-3,000USDT/ETH range to maximise the effectiveness of the liquidity as long as the ETH price stays in range. Uniswap boasted 4,000x greater capital efficiency at launch, but the feature was also criticized for requiring too much active management on the part of the user.

Through a complicated mathematical formula, Curve will automatically concentrate all liquidity from its LPs around the current price to reduce slippage and allow users to exchange large sums without majorly affecting the price of the asset. Curve has consistently been the most favorable option for DeFi users to swap stablecoins, even after Uniswap’s v3 concentrated liquidity feature threatened to surpass it. If its V2 update can maintain the protocol’s high standard of capital efficiency, other AMMs like Uniswap and Sushiswap could face another challenger in the DEX space.

Disclaimer: The author held ETH and several other cryptocurrencies at the time of writing.

This news was brought to you by ANKR, our preferred DeFi Partner.

Uniswap has revealed an overview of V3 of the DEX which is due to launch on May 5, described by Uniswap as “the most flexible and capital-efficient AMM ever designed.”…

Uniswap v3 Is the Perfect Market Maker for Venture Capitalists

Uniswap’s key feature increases the gamification of the most popular DEX. But this is a game retail doesn’t have the tools to win. Everyone’s a Market Maker on Uniswap After…

Yearn and Convex Are Competing for Curve Tokens