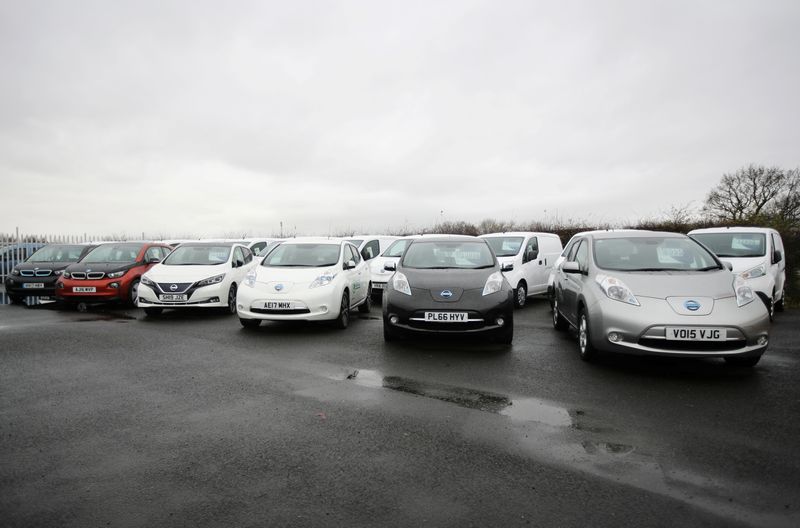 © Reuters. View of an electric car garage in Leyland


LONDON (Reuters) – British employers asked the government for tax cuts on electric cars and for refitting buildings to make them more energy efficient ahead of a review of tax policy by finance minister Rishi Sunak starting later this month.

The Confederation of British Industry said value-added tax on electric cars and the cost of using public chargers should be cut from the standard 20% rate.

Business should also not face a higher property tax bill if they improve the energy efficiency of their buildings, which normally would increase their value and the tax due on them.

British firms last week received a short-term tax break worth 24 billion pounds ($33 billion) over two years to encourage them to invest. But they then face the first rise in the headline rate of corporation since 1974.

A tax break similar to the costly new ‘super deduction’ in place for most physical business investment over the next two years should be extended for longer for electric vehicles and building refits that boosted energy efficiency, the CBI said.

Sunak plans to start a series of reviews into longer-term tax policy on March 23.

The International Monetary Fund has suggested green taxes as a way for Britain to reduce its budget deficit, and the government is keen to show it is taking steps to achieve its goal of net zero carbon emissions by 2050 before hosting the United Nations’ COP26 environment summit later this year.

The CBI was less specific about where it saw scope for taxes to increase. It called for a review of duty on vehicle fuel, which has been frozen for nine years, and longer-term clarity about carbon pricing under Britain’s Emissions Trading Scheme.