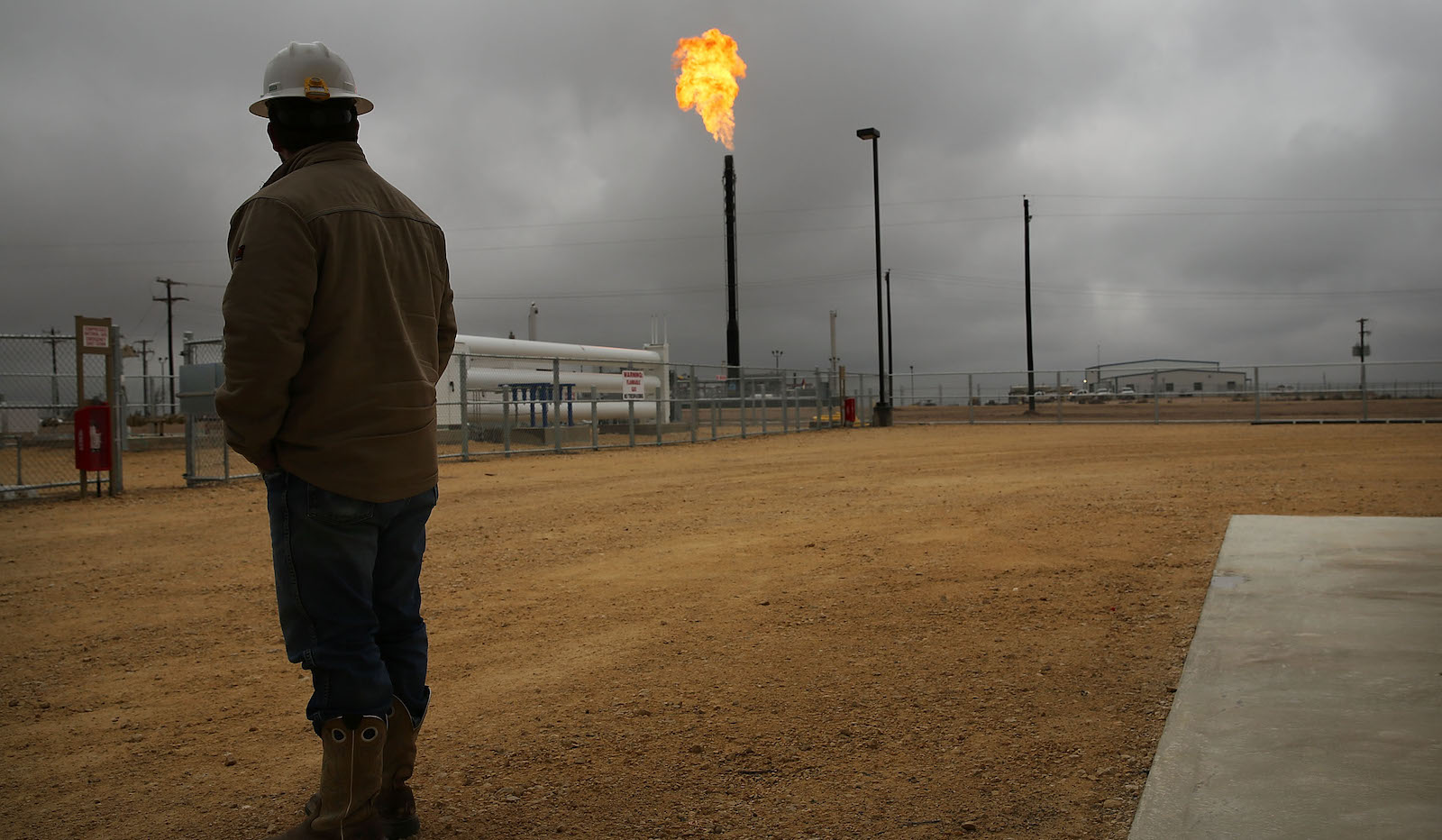 In a long-anticipated report released in early August, the world’s leading body of climate experts sent a clear message: To stabilize the climate, we can’t focus on carbon dioxide emissions alone. The Intergovernmental Panel on Climate Change’s report put a spotlight on methane, a greenhouse gas much more powerful than CO2, which has been responsible for about 30 percent of the warming the world has seen since pre-industrial times.

Methane is a menace, but tackling it will have near-immediate benefits. The gas breaks down in the atmosphere in a matter of decades, unlike carbon dioxide which persists and warms the planet for centuries. Curbing methane emissions today would slow the rate of global warming amid the longer-term project of weaning the world off fossil fuels altogether.

So how to do this? According to the International Energy Agency, it’s relatively easy and cheap, at least when it comes to cutting methane emissions from the oil and gas industry. The IEA released findings last week that the world could get rid of more than 70 percent of the industry’s methane emissions using existing technologies, and about 45 percent of these reductions could happen without hurting companies’ bottom lines.

“It is inexcusable that massive amounts of methane continue to be allowed to just seep into the air from fossil fuel operations,’’ said Fatih Birol, the IEA Executive Director, in a press release.

The IEA’s report arrives as the U.S. is considering a suite of measures to reign in methane, including new EPA regulations for oil and gas drilling and a $1,500-per-ton fee on methane emissions.

Methane seeps directly into the atmosphere from oil and gas wells and leaks from the pipelines, compressor stations, and other infrastructure that transport gas from wells to power plants and homes. The IEA highlighted three cost-effective methods to tamp down on this seepage and leakage, all of which could be incorporated into the new EPA rules.

The first is face-palm obvious. Regulators could require companies to do frequent, on-the-ground inspections for leaks, or monitor equipment for leaks with sensors, drones, and satellite imaging, and call for timely repairs. The second is to require use of the most up-to-date, leak-resistant equipment. And the third approach is to outlaw the common practice of burning off or venting any methane that leaks directly from oil and gas wells except in emergencies, and require companies to capture it, instead. The IEA says that the value of the saved or captured gas from each of these moves could, in many cases, be higher than the cost of complying with the regulation. In other words, it might save companies money.

The report also emphasizes the importance of international cooperation, pointing to a recent agreement by the U.S. and the European Union to cut methane emissions by at least 30 percent in the next decade. The Global Methane Pledge covers oil and gas as well as other major sources of methane, like coal mines, landfills, rice paddies, and livestock. Ghana, Indonesia, and Iraq, three countries that have made no previous commitments to reduce methane emissions, have signed on. The IEA also called on countries that import oil and gas to pressure producers to lower their emissions, too.

The new EPA rules could help the Biden administration make good on that promise. Under the Obama administration, the EPA enacted the first-ever rules requiring leak detection and repair at brand new wells, which President Donald Trump dismantled. Now, the agency is expected to set stronger standards not only for new wells, but also for the more than 900,000 oil and gas wells already scattered across the country.

But the rules are likely to be held up in court. Small oil and gas companies are already claiming that additional regulations will put them out of business. The oil and gas industry has also waged a lobbying battle to prevent Congress from passing the $1,500-per-ton fee on methane emissions. At the very least, the infrastructure bill that passed the Senate in August contains $4.7 billion to plug up oil and gas wells that have been abandoned by bankrupt companies, and are known to leak methane.

Some would like to see the rules for new wells to be, well, no new wells. Lauren Pagel, the policy director at the environmental advocacy nonprofit Earthworks, said that the U.S. has to begin a managed decline of fossil fuel use at the same time as it cuts methane emissions. An earlier IEA report concluded as much: At least a third of the methane reductions required to limit global warming to 1.5 degrees Celsius (2.7 degrees Fahrenheit), the goal enshrined in the Paris Agreement, must come from reduced consumption of fossil fuels.

“This is a pivotal moment,” Pagel said in a press release. “The Biden administration can either be a leader on methane pollution or cave to industry and risk climate catastrophe.”