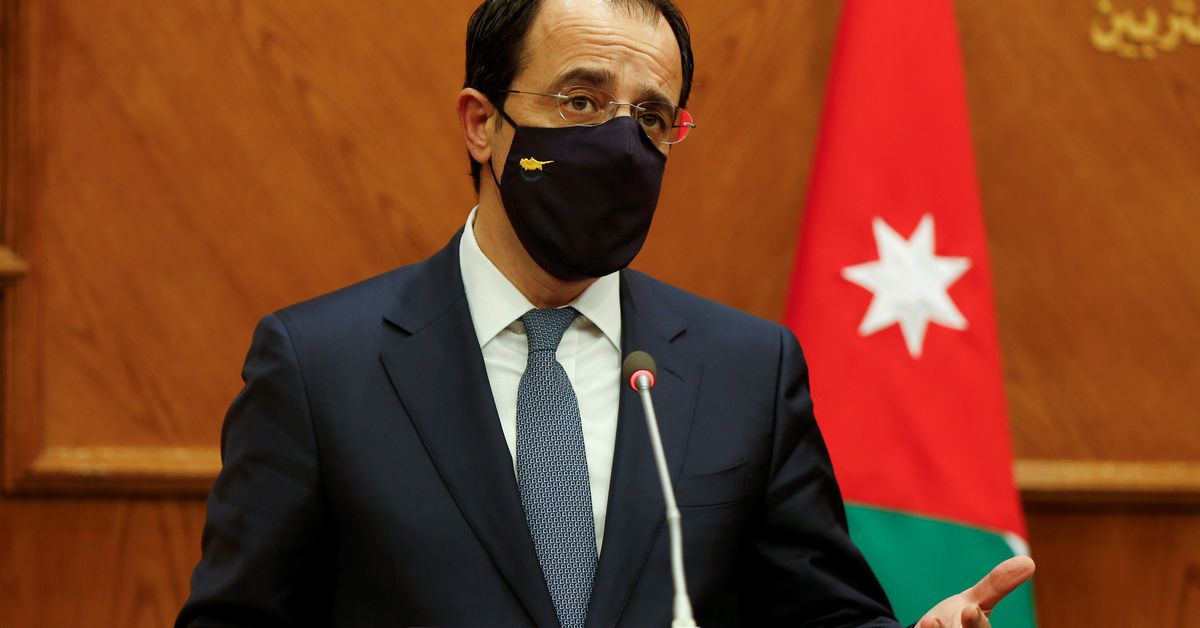 NICOSIA, July 21 (Reuters) – Cyprus appealed to the U.N. Security Council on Wednesday over plans by Turkish Cypriot authorities to partially reopen an abandoned resort, as Turkey repeated its call for a two-state solution on the island despite international criticism.

Turkish Cypriots, backed by Ankara, said on Tuesday that part of Varosha – now a military zone and an area touted in the past to be returned to rival Greek Cypriots – would come under civilian control, and be open for potential resettlement.

It triggered an angry reaction from Cyprus’s internationally recognised Greek Cypriot government, and a chorus of disapproval from Western powers, led by the United States which called the move “unacceptable”. read more

Turkey shrugged off the criticism.

An estimated 17,000 Greek Cypriot residents of Varosha fled the advance of Turkish troops in August 1974. It has remained empty ever since, sealed off with barbed wire and no-entry signs. United Nations resolutions have called for the area to be turned over to U.N. administration.

Repurposing the area to Turkish Cypriot civilian authorities effectively challenges a widely-held assumption that Varosha would be among the possible areas returned to Greek Cypriot control in the event of a Cyprus peace settlement.

“This is a clear violation of United Nations Security Council resolutions and will have a negative impact on efforts underway to restart talks,” Cypriot Foreign Minister Nikos Christodoulides said.

The east Mediterranean island was split in a Turkish invasion in 1974 triggered by a brief Greek-inspired coup. Peace efforts have repeatedly failed.

“Now, the only demand of the Turkish Cypriots in international negotiations is the recognition of the status of a sovereign state,” Turkish President Tayyip Erdogan said on Wednesday, a day after visiting Cyprus for Tatar’s announcement. “All offers other than this have expired.”

To date, Cyprus peace talks have focussed on uniting the island under a federal umbrella. Greek Cypriots reject a two-state deal that would accord sovereign status to the breakaway Turkish Cypriot state that only Ankara recognises.

Under the terms of a 2004 U.N. reunification blueprint, Varosha was one of the areas which would have returned to its inhabitants under Greek Cypriot administration. The plan, which detailed reunification under a complex power-sharing agreement, was rejected in a referendum by Greek Cypriots.

A poignant symbol of Cyprus’s division, in its glamorous heyday Varosha once attracted the jet set and Hollywood royalty including Elizabeth Taylor and Paul Newman, and is said to be the first venue where four Swedish singers – later known as ABBA – sang together in 1970.