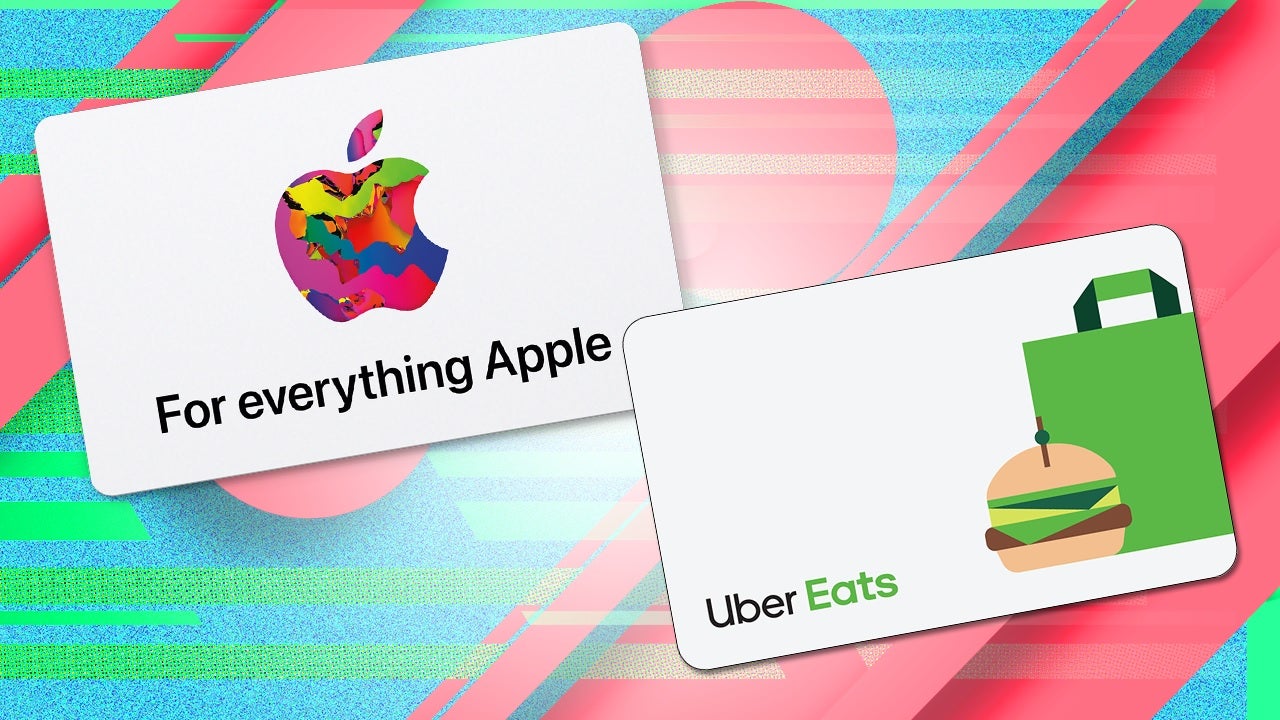 Today Amazon is offering free Amazon credit when you purchase select gift cards. The Apple and Uber Eats gift cards are the most popular deals, and they’ll probably expire the fastest. In other deal news, the WD Black SN850 M.2 SSD, the most highly recommended SSD for your PS5 upgrade, is back in stock at the Western Digital store. There’s still time to score an Xbox Elite Series 2 controller for as low as $115, and Tales of Arise, which is out today, is 16% if you get the PC version. These deals and more below.

Promotional credit will be listed at last step of checkout

Amazon is offering a free $5 credit when you purchase a $50 Apple gift card. The credit will be applied to your account once you receive the Apple gift card. The Apple gift card can be used to redeem pretty much anything on Apple’s site, including products, accessories, apps, games, music, movies, TV shows, and more. Spend it on in-app content, books, subscriptions and even iCloud storage to secure files from all your Apple devices.

Promotional credit will be listed at last step of checkout

COVID rates are significantly decreasing and people are starting to be able to eat out at restaurants, but being overcautious isn’t a bad thing. If you’re still confining yourself to your home and ordering in, you might want to take advantage of this deal. Simply buy an Uber Eats Gift Card valued at $100 or more and get a $10 Amazon credit.

Back in Stock (Including 1TB Model): WD Black SN850 M.2 SSD with Heatsink

The Western Digital official storefront has all models of the SN850 SSD with heatsink in stock right now, and that includes the extremely hard to find 1TB model. This is currently the most popular (and probably the best) SSD to get for your PS5 storage upgrade. It’s blazing fast drive with transfer speeds rated at up to 7,000 MB/s and a PCIe Gen4 interface and it comes preinstalled with a heatsink. It’s also confirmed by Western Digital themselves to be compatible with the PS5.

If you get a preowned Xbox Elite Series 2 controller off Amazon Warehouse, you can get an extra 20% off the already discounted price. You’ll have to make sure the vendor is “Amazon” and not a 3rd party marketplace vendor. “Used: Very Good” and “Used: Like New” condition models are both available. This professional-grade controller features adjustable tension thumbsticks, shorter hair trigger locks, wraparound textured grips, interchangeable thumbsticks and paddle shapes, custom profiles saved on your controller itself, and included USB Type C cable with charging dock. It boasts up to 40 hours of battery life and is compatible with the Xbox Series S|X, Xbox One, and PC.

Out Today: 16% Off Tales of Arise for PC

Tales of Arise for PC

After a long wait, Tales of Arise is finally out for PS4, Xbox, and PC. Green Man Gaming is offering a 16% discount if your order the PC digital edition. If you’ve seen the gameplay videos or played the demo at all, you’re probably already aware that Tales of Arise graphics are a massive improvement over its predecessors. That’s because Bandai Namco abandoned its proprietary graphics engine for the much more powerful and flexible Unreal Engine. Aside from the revamped graphics, expect the same well-loved gameplay from before, including real-time combo-chaining battles, a wonderfully generic yet epic storyline, and cringe-worthy yet endearing character skits.

Enjoy high end PC gaming on a budget. There is one of the best deals we’ve seen for an RTX 3060 Ti equipped PC and handily beats out a similar deal we saw on Labor Day by over $100. The RTX 3060 Ti is a very powerful video card; it’s better than the previous generation’s RTX 2080! It’s a big upgrade from the 3060 non-Ti model and the one to get if you’re going to play games at resolutions of 1440p or higher. This particular deal is found on the Dell Small Business site, but anyone can purchase there just like on Dell’s regular site; you can treat Dell Small Business as exactly the same as Dell Home.

This is a great price for a pretty decked out gaming PC. It’s equipped with a fully 4K-capable RTX 3080 video card (up to 30% more powerful than the RTX 2080 SUPER) and an unlocked 11th generation Intel Core i7-11700K processor. This is part of HP’s Labor Day Sale that was recently extended, but it won’t last very long.

Pick up the new 2021 75″ Hisense 4K TV featuring Quantum Dot technology for the lowest price ever. This ULED TV supports Dolby Vision HDR thanks to a ULED panel that’s rated for up to 1,000nits of maximum brightness and boasts a native 120Hz refresh rate and full-array dimming with 90 local dimming zones. It’s actually one of the highest rated TVs around, especially for its price range.

The ISS model is a good-sized model at 19″ long and includes 2 astronaut microfigures, a mini NASA space shuttle, and 3 mini cargo spacecrafts, as well as a 148-page instruction booklet. It’s very well priced right now at only 6.5 cents per brick.

This impressive Middle Earth Collector’s Edition includes both The Lord of the Rings and The Hobbit Trilogies over a whopping 31 discs. That’s because there are separate 4K Ultra HD and Blu-ray discs for both the Theatrical Editions and the Extended Editions. You also get digital HD copies for free, and they are compatible with MoviesAnywhere so you can merge it into your digital library. As far as extras go, you get a Special Features Blu-ray disc, a 64-page booklet, and 7 travel poster art cards. All the discs are stored in collectible foil sleeves.

Preorder The Lord of the Rings Illustrated Hardcover Edition