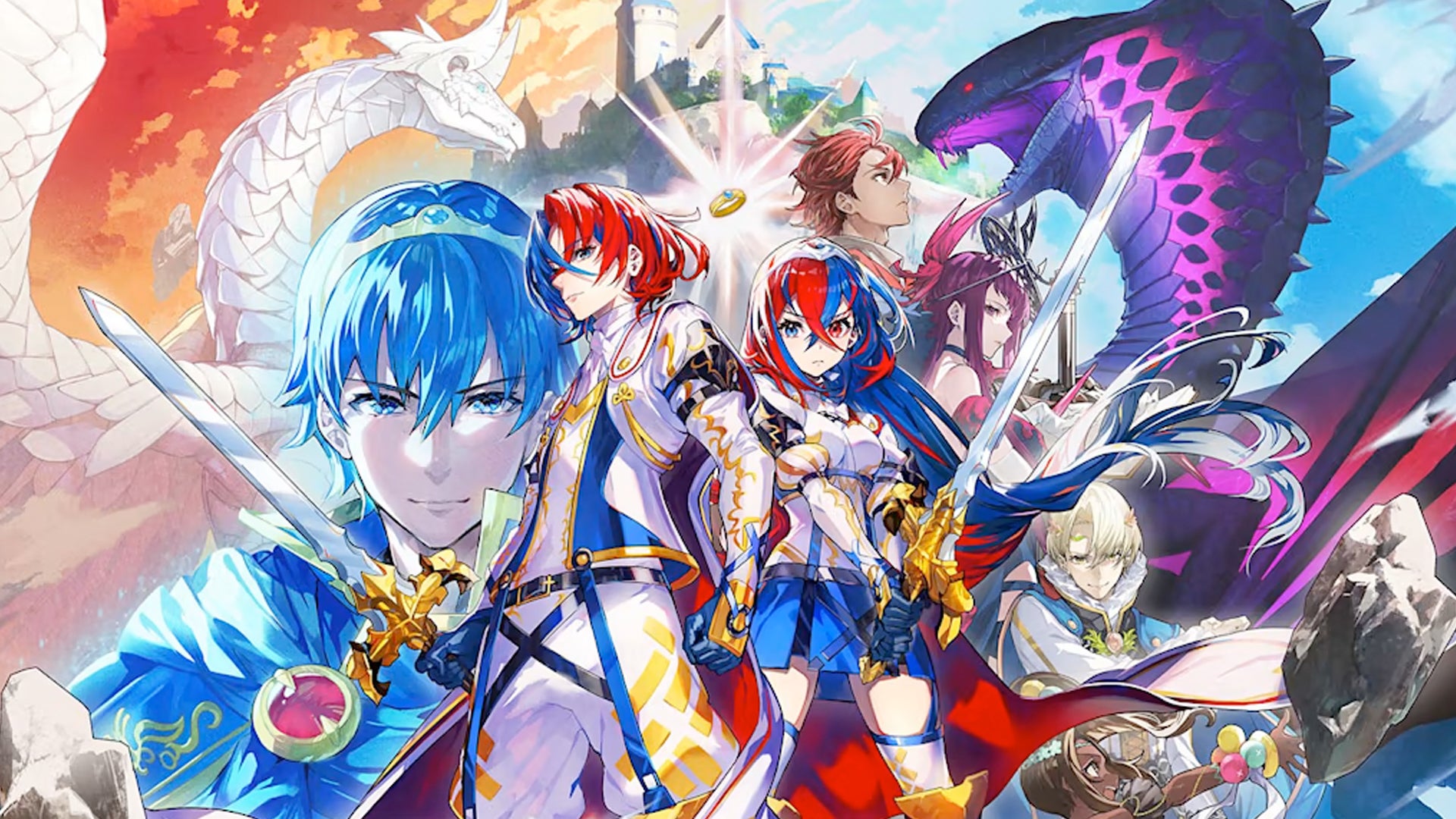 There are some great deals available this weekend. Rare Nintendo Fire Emblem amiibo are in stock today, to coincide with the release of Fire Emblem Engage. Check out deals on a MicroSD card for your Nintendo Switch, the latest Apple iPad Air, Nier Automata, and more. Plus, if you’ve ready to upgrade your monitor, then you’re in luck today. For the first time, Dell has a 34″ Alienware quantum-dot OLED gaming monitor at a discount. In other deal news, score a TCL Alto 8+ sound bar with Fire TV built-in for only $69.99, a 50″ 4K Roku TV for $198, or an Alienware RTX 3080 TI gaming PC for under $1800.

Fire Emblem Engage is out now, and that’s led to a reprint of some of the most rare Nintendo amiibo figures ever produced. The Corrin Player 2 amiibo previously cost up to $200 on secondhand markets, and now is a great chance to get the rare figure for just $16. Plus, you can pick up the newly-released Switch game while you’re at it, too.

Dell is offering the Alienware AW3423DWF 34″ 3440×1440 Curved 1ms 165Hz QD-OLED gaming monitor for $999.99, a price drop of $100 off its MSRP. This is the first ever discount we’ve seen for this monitor. Note that this is Alienware’s 2nd generation version of the original AW3423DW monitor that’s priced at $1299.99. The $200 price savings is because Alienware decided to remove the G-SYNC Ultimate module (and thus, certification). The AW3423DWF is still G-SYNC compatible and aside from a few other differences like color, footprint, and port layout, the monitor is largely identical.

Woot has a brand new TCL Alto 8+ soundbar (with full 1 year manufacturer’s warranty) for only $69.99. This 40″ soundbar features a built-in subwoofer to help round out the low end. This will sound miles better than any built-in TV speaker. It’s Fire TV ready out of the box, features bluetooth for wireless streaming, and has HDMI passthrough with supports 4K and Dolby Vision, HDR10, HDR10+ passthrough over HDMI. Woot is owned by Amazon, so Prime members get free shipping.

Here’s a no-frills 50″ 4K TV with a great Roku smart TV interface for only $198 shipped at Walmart. If you’re on a budget, you won’t find a price on a brand new TV for cheaper.

There are some great deals on PS5-compatible 2TB SSD storage upgrades right now. At this point you can easily triple the storage space in your PS5 without spending as much as the PS5 console itself! Keep in mind that you can’t use any old SSD and expect it to perform well on the PS5 console. You’ll want to pick up an PCIe Gen4 x4 M.2 solid state drive with a rated 5,500MB/s read speed to match the PS5’s internal drive.

The Nintendo Switch deals from Black Friday are all but a memory. If you want to pick up a Switch right now, this is the best deal available. Dell is offering a bonus $35 Dell egift card when you purchase a Nintendo Switch console for $299.99. The gift card will be sent to your inbox a few weeks after the console ships, and you’ll have 90 days to redeem it. It can be used on anything at Dell, including Switch video games and accessories.

Dell is offering the Alienware Aurora Ryzen Edition R14 gaming PC equipped with a powerful GeForce RTX 3080 Ti GPU for only $1763.99 after $600 in instant savings and stackable coupon codes “AWSMITE09” and “ARMMPPS“. The RTX 3080 Ti is one of the most powerful cards in the RTX 30 series linup, features DLSS and ray tracing, and is an excellent GPU for 4K gaming. This PC will be able to push just about any game at 60fps+ speeds, even at 4K resolution. The AMD Ryzen 9 5900 CPU is an excellent all-around processor and won’t bottleneck your gaming.

For a limited time, Dell is offering the 2022 Alienware m15 R7 15″ Intel Core i9-12900H Alder Lake gaming laptop with RTX 3070 Ti video card for only $1587.59 after $450 in instant savings and stackable coupon codes “AWSMITE09” and “ARMMPPS“. This is easily the most powerful Alienware gaming laptop you’ll currently find for under $2K. The Intel Core i9 Alder Lake CPU is the fastest processor you’ll find in any laptop and it even significantly outperforms AMD’s new Ryzen 9 6900HX CPU. The GeForce RTX 3070 Ti provides plenty of muscle on the GPU front and should allow you to play pretty much any game out there at 60+fps on the 1080p display.

Is the Alienware m15 laptop above still a bit out of your budget? Then consider this G15 laptop, which has similar specs AND a 2560×1600 QHD display. Right now it’s $1411.19 after $400 in instant savings and stackable coupon codes “AWSMITE09” and “ARMMPPS“. The G15 is Dell’s gaming-focused, value-minded series of laptops. They cost much less than a comparable Alienware laptop but offer build design and active cooling designed for gamers and similar internal components.

Use codes: IGN5 and ARMMPPS

Use promo code “IGN5 and ARMMPPS”

Use code: Use codes: IGN5 and ARMMPPS

Use promo code “IGN5 and ARMMPPS”

The Best Deals of the Week

These deals are definitely worth your attention.

Enter to win an amazing The Callisto Protocol prize pack including a HB Custom PC, a pair of Ceeze Custom Nikes and more!

Horizon Zero Dawn: The Board Game

The Legend of Zelda: Breath of the Wild

PLAYMOBIL Back to the Future DeLorean

The 10 Best Dragon Movies of All Time
Avatar: The Way of Water Has Become the Sixth Film in History to Earn $2 Billion at the Global Box Office