Dak Prescott Vows Cowboys Will Bounce Back Next Season

Home /Sports/Dak Prescott Vows Cowboys Will Bounce Back Next Season 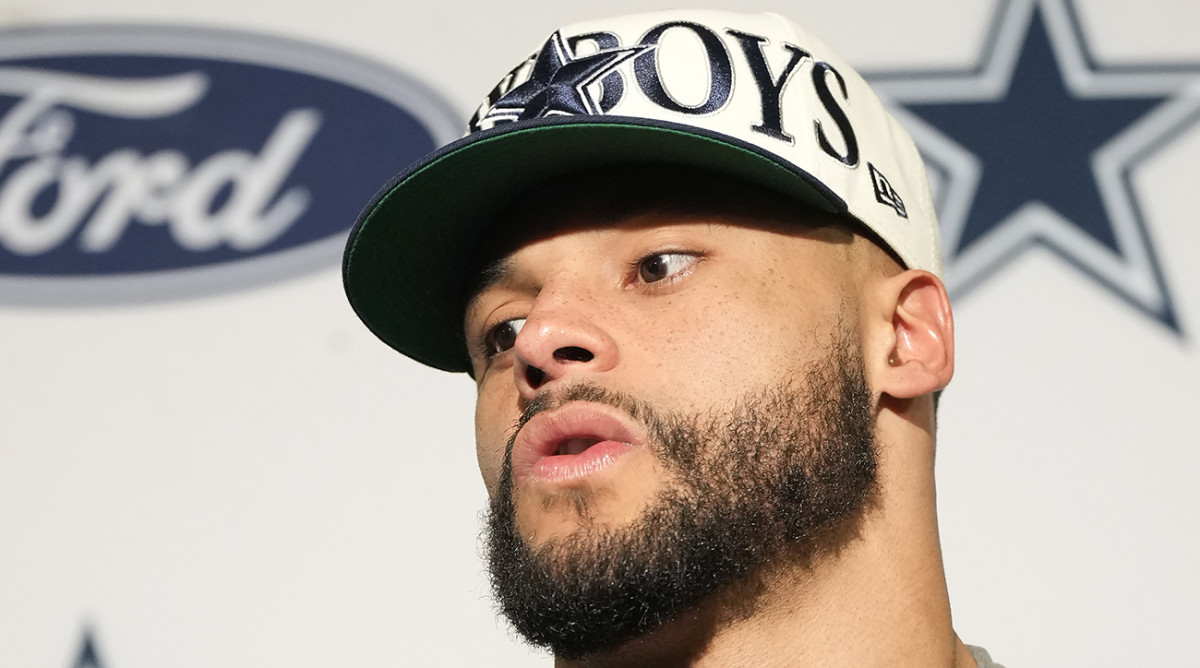 Cowboys quarterback Dak Prescott already was looking to the future after his team was eliminated from the playoffs by the 49ers Sunday night, and he made a solemn vow regarding the 2023 season. It all started when he was asked why Dallas can’t get over the proverbial hump that is the NFC divisional round.

“If I had the answers, we would’ve won tonight. Too early. Too soon,” Prescott said. “And I promise you we will, though. In my time playing on this team, for this organization, we will. Yeah, it sucks that it’s 365 days away to get back to this position, but we’ve got to take it day by day, step by step, and that’s what I’ll do. I know that’s who I am. I’ll respond the right way. As I said, when we get this team aligned, the guys that we get back, coaches, we’ll do what’s necessary to be right back here and win the next time.”

Prescott also took some responsibility for his play in Sunday’s 19–12 loss as well as for his struggles this season. Prescott was tied for most interceptions in the NFL this season with 15, and he threw two picks against San Francisco.

“I’m disappointed in the way that I played,” he said. “Those guys in that locker room gave it all. Both sides of the ball. And put me in a position to go win the game. And I wasn’t able to do that. And, yeah, I mean, I put it on my shoulders. When you play this position, when you play for this organization, you’ve got to accept that. That’s the reality of it. And as I said, it will make me better.”