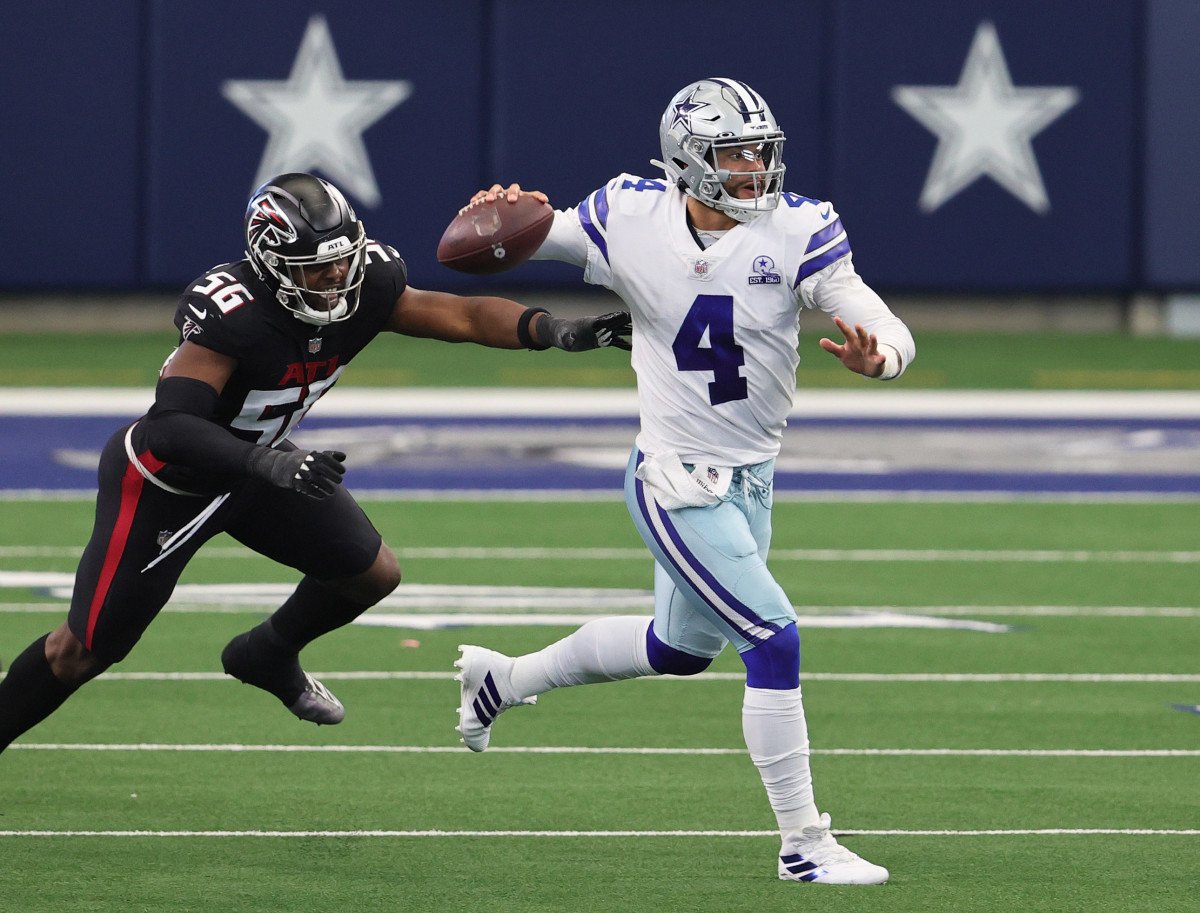 Jones admits waiting to pay Dak Prescott was a mistake.

Dallas Cowboys executive vice president, CEO and director of player personnel Stephen Jones wishes he would have paid starting quarterback Dak Prescott earlier than he did.

“Probably would have signed Dak the first time around,” Jones told NBC5’s Pat Doney in a sit-down interview, “and it would have been better for everybody.”

Prescott played the 2020 season on the franchise tag, and received a monster contract extension this offseason — a four-year deal worth $160 million.

The people on Prescott’s side got what they wanted in the four-year deal, as the Cowboys were looking to make a five-year one. Prescott won’t be an unrestricted free agent again until 2025.

That’s no small amount, but it’s hard to put a price tag on the importance of a consistently reliable quarterback who has quickly become one of the NFL’s best players at the position since the Cowboys got a steal on him the fourth round of the 2016 NFL Draft.

Over the course of his NFL career, Prescott has completed 66% of his passes for 17,634 yards with 106 touchdowns and 40 interceptions.

Prescott was sidelined roughly a third of the way through the season last year when he suffered a compound fracture and dislocated ankle. He was on track for a good season, though, with a 68% completion percentage, 1,856 passing yards, nine touchdowns and four interceptions.

Now, the expectations continue to be incredibly high for Prescott as he makes his return.

Doug Farrar of USA TODAY recently listed Prescott at No. 12 overall on his list of top 101 players in the league.

“Prior to his season-ending injury, Dak Prescott was becoming a must-watch at the quarterback position. In just five games Prescott threw nine touchdown passes, and his Adjusted Net Yards per Attempt (ANY/A) of 7.72 ranked him sixth among NFL passers last season,” the article read. “What stood out to me watching him in 2020 was his anticipation.”

Prescott also has solid odds to lead the NFL in passing (10/1).

It’s safe to say the Cowboys are getting their money’s worth.