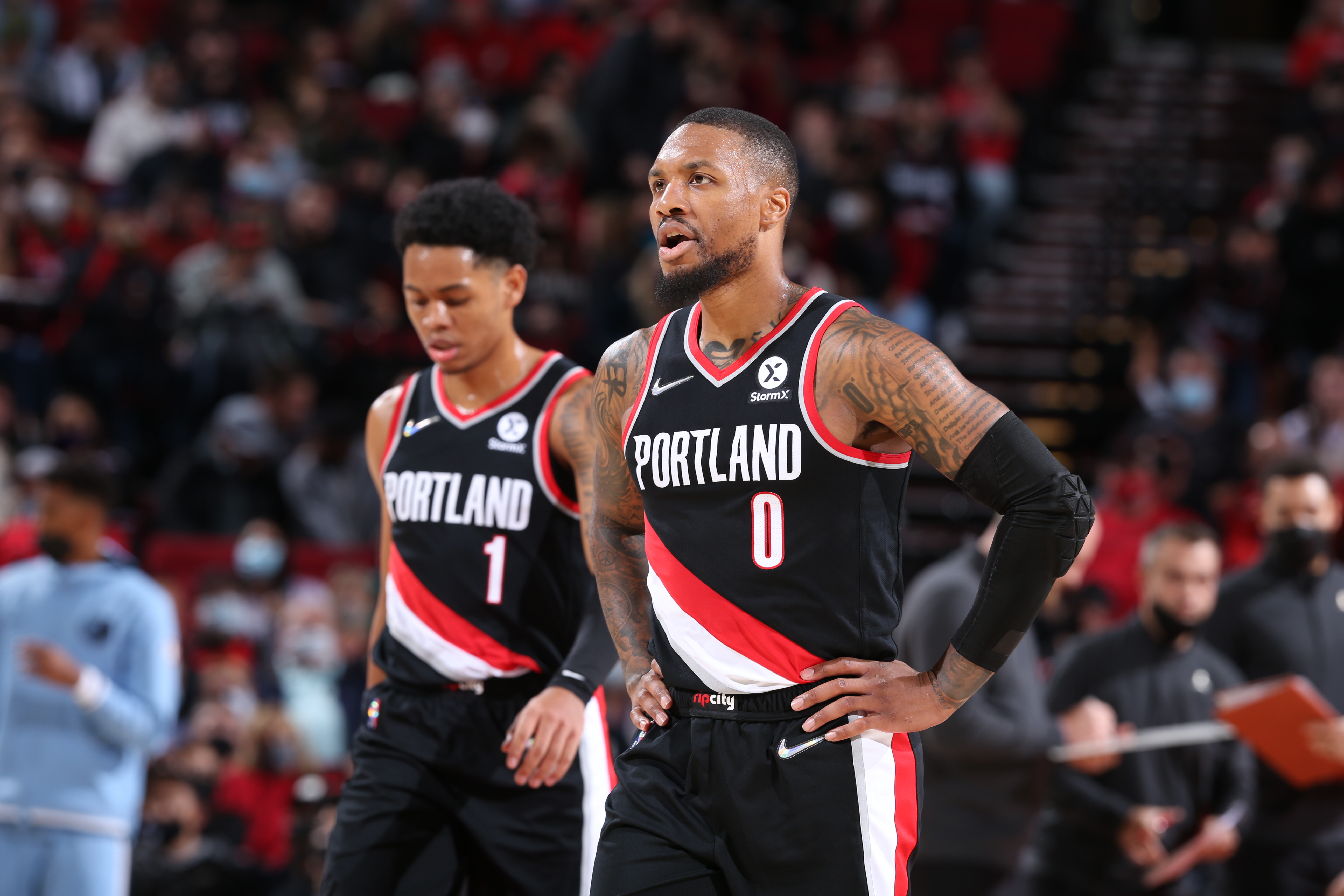 The Portland Trail Blazers bounced back from Monday’s loss to the Los Angeles Clippers with a 116-96 win over the Memphis Grizzlies on Wednesday. CJ McCollum led the way with 25 points as Portland improved to 2-2.

CJ McCollum is TOO smooth 🤩 pic.twitter.com/UDY6SHKCYI

The Blazers outscored the Grizzlies 36-20 in the third quarter and opened the fourth with a 20-4 run to put the game out of reach.

Desmond Bane had 19 points for the Grizzlies, who fell to 2-2 this season.

Blazers Come Alive in Second Half

The Blazers started off slow as McCollum and Lillard struggled early. If it weren’t for Anfernee Simons’ 14 first-half points, Portland would’ve fallen behind in a big way.

Memphis leads Blazers 57-51 and lead could (should?) be bigger. Blazers’ effort better than at Clippers, but everything seems like grind. Dame (2-for-11) and CJ (4-of-12) are off and not sure Nurk received memo regular season is here. Simons (14) continues to look much improved.

Thankfully for the Blazers, everyone woke up after halftime. Jusuf Nurkic got more active, diving to the basket on pick-and-rolls and finishing at the rim.

Lillard finally got his shot going and did a great job as a playmaker. He scored 11 points and added five assists in the third quarter.

Damian Lillard drills a tough triple in the 3rd 🔥

Dame’s got a game-high 20 points and 10 assists through 3 quarters!pic.twitter.com/habuWGDW3m

In addition to their offensive explosion, the Blazers also locked in on the defensive end. They did a great job of getting back in transition to limit the easy opportunities for the Grizzlies.

Memphis was forced to take contested shots and also struggled with Portland’s activity in the passing lanes. In all, the Blazers forced the Grizzlies to commit 22 turnovers.

Starting games with the same aggression they came out of halftime with will be key to the Blazers’ success going forward this season.

After his hot start to the season with an average of 35 points in three games, Ja Morant slowed down considerably on Wednesday night. He started off being less aggressive in looking for his shot, instead getting his teammates involved.

so surgical. always under control 🥽

With Morant in pass-first mode, Bane took over the offense early. He had ten points in his first 10 minutes and finished with 15 points in the first half.

Grizzlies lead Blazers 57-51 at half! Bane is putting on a show. What a steal.

But besides Bane, the Memphis supporting cast was mostly quiet. Bane and Morant were the only players to score in double-figures.

Fourth-year power forward Jaren Jackson Jr., who signed a four-year extension worth $105 million earlier this month, was held to just seven points on 3-of-13 shooting in 18 minutes. Jackson struggled with foul trouble all night.

The Grizzlies will have to get more production from players besides Morant if they hope to succeed this season. Morant is one of the brightest young stars in the NBA, but he can’t do everything himself. Memphis’ supporting cast will have to step up if it hopes to make another run to the postseason.

The Blazers will remain home for a rematch against the Los Angeles Clippers on Friday. The Grizzlies will look to bounce back on Thursday in the final matchup of their four-game road trip against the Golden State Warriors.