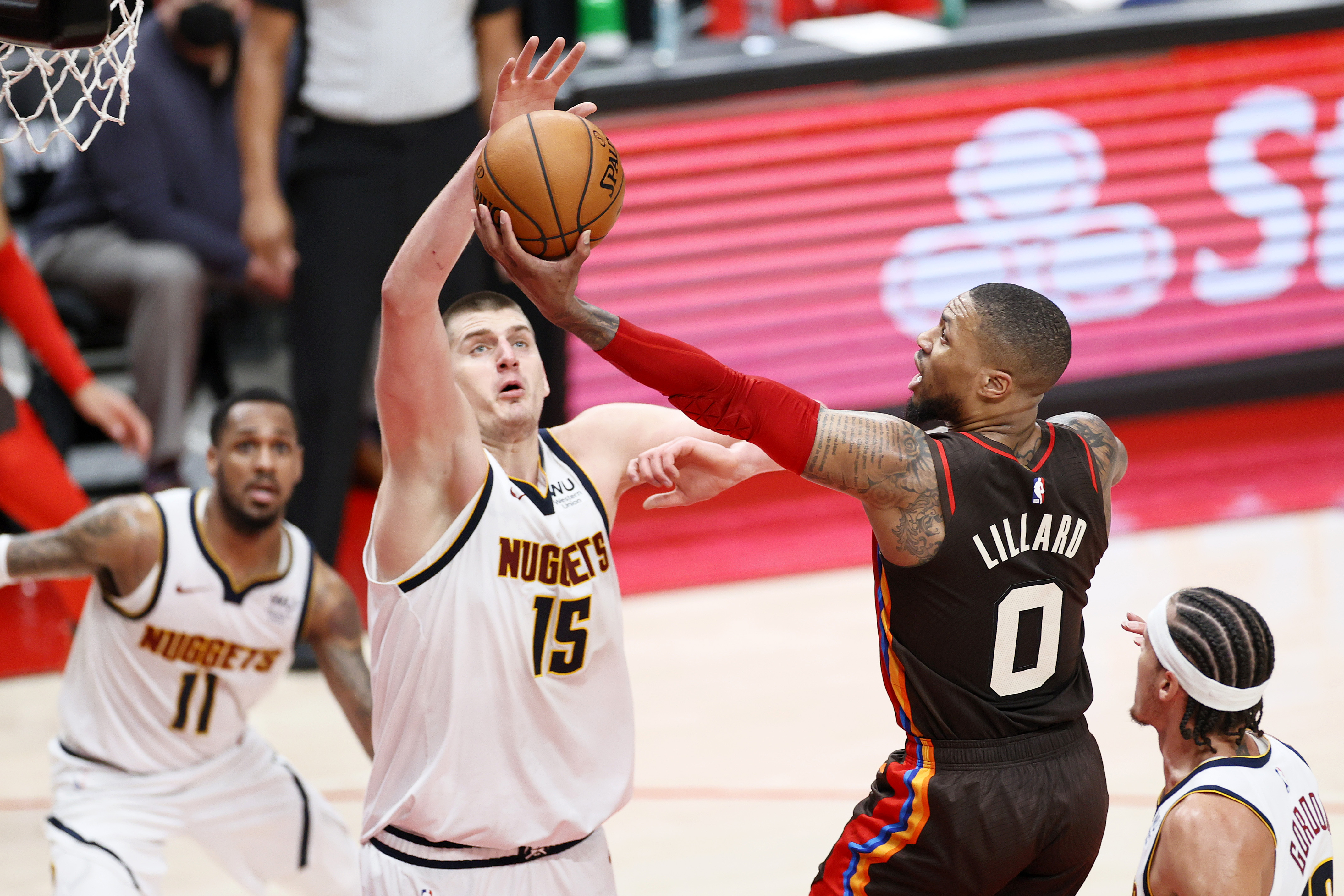 Nikola Jokic and the Denver Nuggets may have ended the Portland Trail Blazers’ season with Thursday’s 126-115 Game 6 win in the first round series between the teams, but Damian Lillard is still a fan of the superstar big man.

“I think he is the MVP,” he told reporters regarding Jokic.

Damian Lillard on Nikola Jokic being the MVP and possibly leading the Nuggets to a championship: pic.twitter.com/seRLY7Nfno

The Nuggets center played like an MVP on Thursday, posting 36 points, eight rebounds and six assists. Lillard put up 28 points of his own to go along with 13 assists, though he also turned the ball over five times and shot just 3-of-11 from the field.

Compared to the instant classic Dame put up in Game 5—55 points, 10 assists, 12-of-17 from three— and his lofty standard in general, it wasn’t his best game.

Damian Lillard was 1-of-9 for 9 points, and 6 assists in the second half tonight. Just ran out of superpower.

While Lillard was gracious when it came to his feelings on Jokic, he was less pleased with his team’s inability to get out of the first round against a Nuggets team without Jamal Murray or Will Barton:

I asked Damian Lillard if he thinks there need to be changes: “We didn’t win a championship, so where we are right now isn’t good enough if we can’t get out of the first round against a team without two of their three or four best players.”

“Regardless of how it ended, we’re going to always have our heads held high, have class, and go about it like real warriors. We lost, they’re the better team, congrats to them and it’s back to the drawing board for us”

Blazers with and without Damian Lillard this series:

Getting outscored by 35 points in only 50 minutes is unfathomable. Nuggets slaughtered them.

For Jokic and Lillard, the storylines now diverge. Can Jokic lead a shorthanded Nuggets team to the NBA Finals? Is the likely MVP good enough to get this squad through a loaded Western Conference without Murray?

For Dame, meanwhile, the question inevitably will be whether he decides to stick it out in Portland. The Blazers don’t have the ammunition to load up for a championship push via trades. If he wants a chip, it likely will have to come elsewhere.

Lillard has maintained in the past that he isn’t the sort of player to pursue a superteam elsewhere to chase titles. But his prime years won’t last forever. The Blazers have gotten past the first round just once in the past five seasons—nobody could blame Lillard if he decided it was time for a fresh start somewhere new.