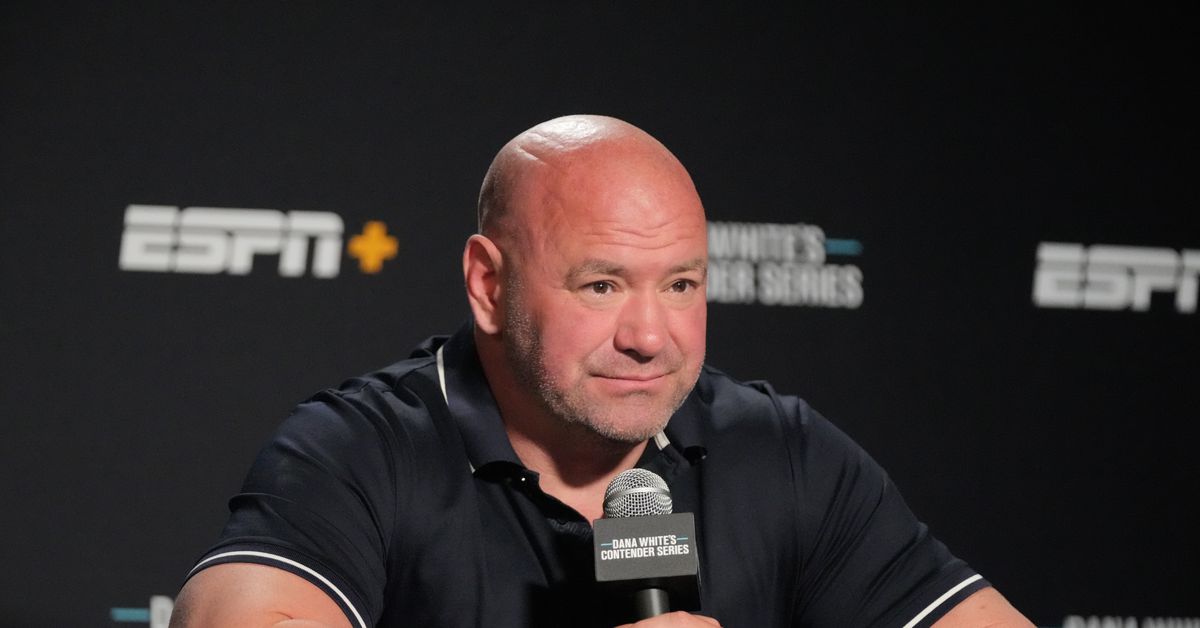 Dana White has certain codes he lives his fight promoter life by, which has always included zero tolerance for fighters who miss weight — especially on the Contender Series.

On Tuesday night, however, White had two fighters who performed extremely well at DWCS Season 5, Week 7 that both missed weight on Monday. One of those fighters is Cage Warriors flyweight champion Jake Hadley, who earned a second-round submission victory over highly-touted New England prospect Mitch Raposo.

White had been in this situation before and did not award contracts to those who were not successful on the scales, no matter how dynamic the performance. In this case, though, he went against the norm and awarded Hadley a contract — a decision he went on to defend to reporters following the event against the wishes of UFC matchmakers Sean Shelby and Mick Maynard.

“When I left the back room, my instructions were to not sign this guy,” White said. “According to Hunter [Campbell], Sean and Mick stormed out of the room when I did and took off tonight so they’re not happy about it.

“I just have a gut feeling that this kid has something special and I broke all my own rules and didn’t listen to what they said, so hopefully I’m right on this and this kid doesn’t make a d*ckhead out of me.”

When White spoke to Laura Sanko, he mentioned that not only did Hadley miss weight, but he apparently had some other issues behind the scenes during the fight week, which included some non-professional behavior towards UFC staff.

“He wasn’t very friendly. He’s not a very popular guy around here this week,” White explained. “He seemed shocked when I told him that. I just saw him out in the hallway and I said, ‘Listen, don’t worry about it. Yesterday was yesterday, let’s focus on tomorrow. So let’s make this a great relationship from here on out and let’s do great things together.’ Hopefully that’s the case.”

When Hadley spoke to the media following his contract earning win, the undefeated fighter wondered if there was possibly something lost in translation traveling over to the U.S. to compete on the Contender Series. White couldn’t help but scoff at those thoughts.

“So everybody this week thought that he was an asshole because there’s a discrepancy between the sense of humor? We have lots of guys from the U.K. here,” White stated. “That doesn’t happen a lot, although [Michael] Bisping, Bisping’s right up there, too. But he’s part of the family now, he’s been here so long. People know what they’re getting from Mike.”

Christian Rodriguez, who defeated Reyes Cortez in the bantamweight main event, also missed weight and was not awarded a contract. White felt that Rodriguez’s performance wasn’t impressive enough to overcome the issues on the scale, especially when comparing it to Hadley’s.

All in all, White feels confident in his decision. With Shelby and Maynard having one of the most powerful weapons in combat sports — the almighty pencil — White was asked if he believed they will put Hadley through the wringer to exact a little professional revenge.

“I think he’s special, broke my own rules, pissed off the boys, so let’s see if I’m right or wrong.”