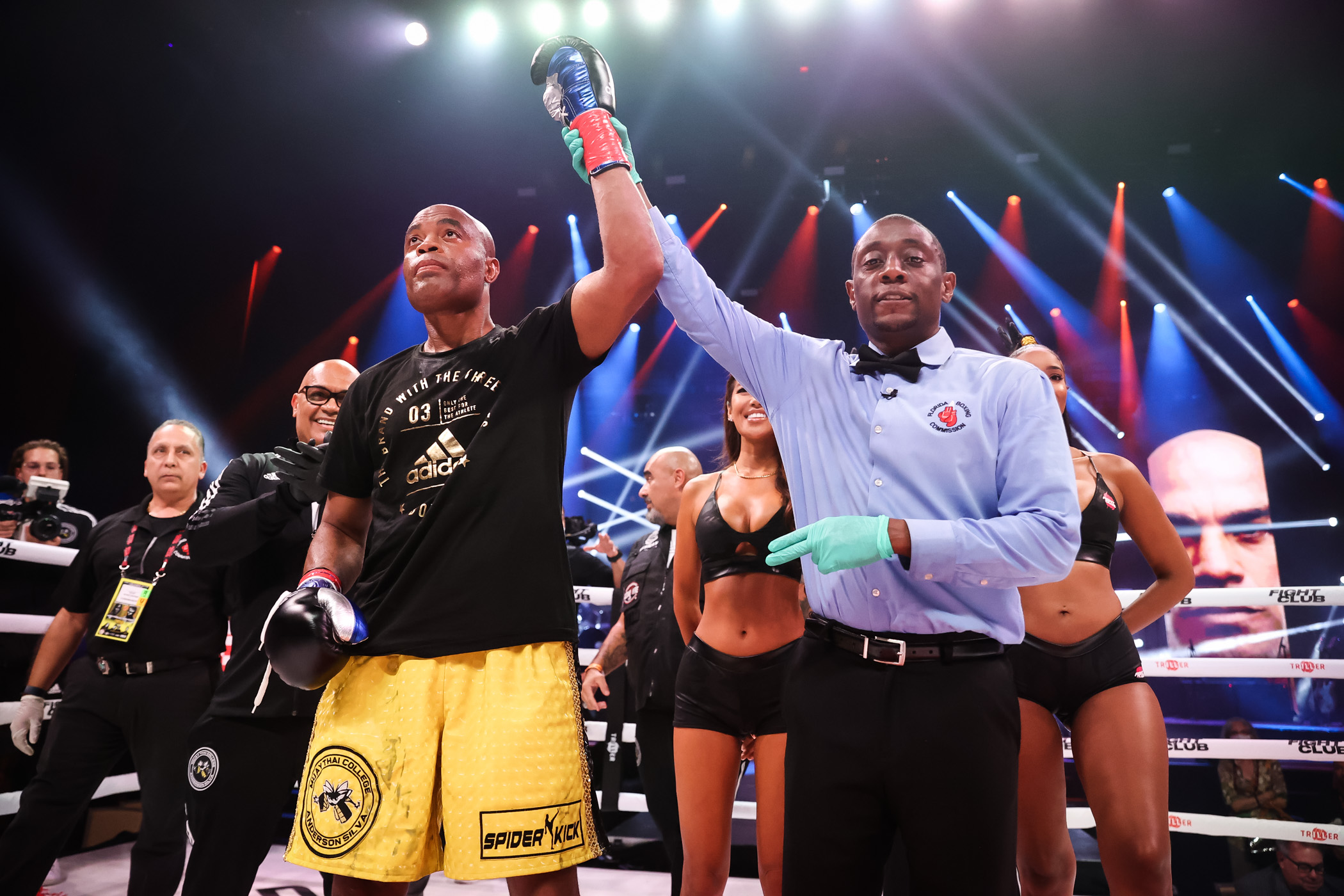 Following his departure from MMA, the former longtime UFC middleweight champion returned to boxing this year and already has won two bouts in a span of less than three months.

“Anderson Silva, we honestly need to start talking again about this guy as the GOAT,” White told MMA Junkie and other reporters in attendance at the UFC Apex following Tuesday’s Dana White’s Contender Series 39 event. “Not Tito because he knocked Tito out in 40 f*cking seconds, but you know what, he did to Tito exactly what should be done to Tito. Knocking Tito out in 40 seconds is what should have happened in that fight. Anderson Silva beat Chavez Jr. at 46 years old.

“He now left this sport, which he was considered one of the greatest of all time, possibly even the greatest of all time, goes out, beats Chavez Jr. in a boxing match, and knocks Tito out in 40 seconds. And you know what I think of Tito personally, and Tito can’t box. Tito’s a horrible boxer. That’s why I said I would box him. Do you ever see me saying I’ll fight any other f*cking guy in the UFC? No, and I never will. I never would, and 10 years ago I wouldn’t, but I would Tito all day long.”

Although White doesn’t view the win over Ortiz as anything to write home about, it’s the fashion in which Silva put him away that he finds remarkable.

“The other thing is when Tito fought here, Tito had a good chin,” White said. “Tito took big shots from a lot of guys who hit hard. Anderson Silva knocked him out in 40 seconds. Anderson Silva might actually be the GOAT of combat sports. It’ll be interesting to see what he does next.”