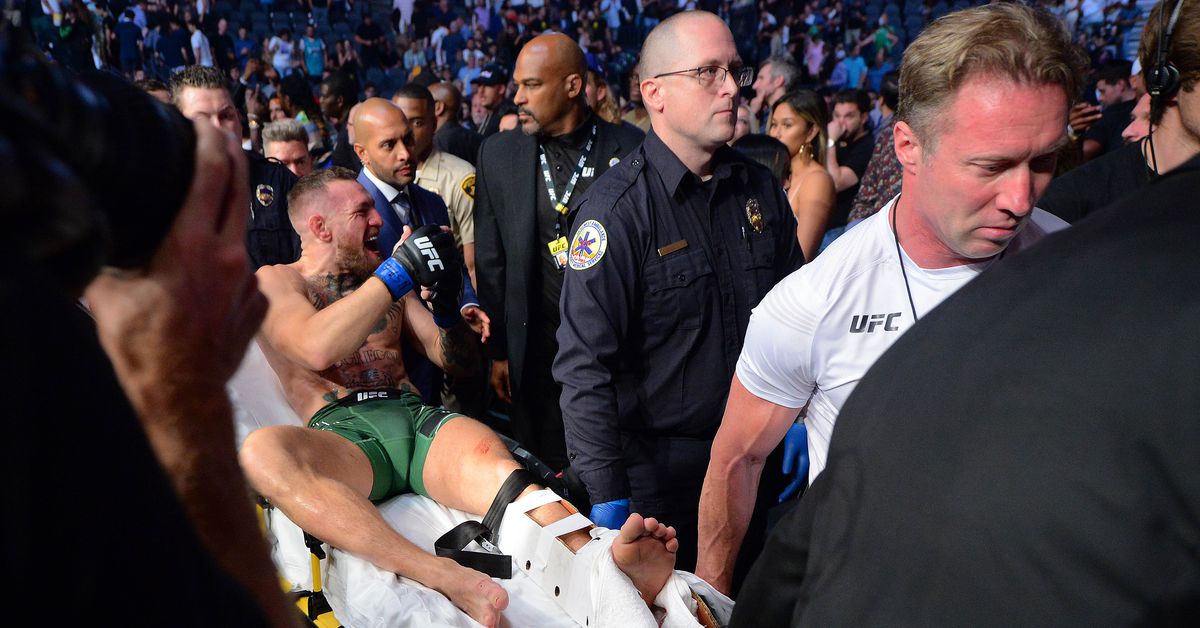 “There was no check!” Conor McGregor screamed after his loss, trying to convince people that Dustin Poirier had nothing to do with his unfortunate shin injury. A few days later, he then claimed he had “multiple stress fractures in the shin bone” prior to UFC 264.

Two sports doctors doubted these claims, with one even analyzing the MRI McGregor himself posted to try and discredit what he calls an “illegitimate win” for Poirier. According to orthopedic sports surgeon David Abbasi, there’s “no evidence” of leg fractures on his MRI, and the scan was done on his ankle — not the leg — which has “no correlation” to the tibia break he sustained at UFC 264.

When making those claims, McGregor said people should “ask Dana White, ask UFC, ask Dr. Davidson” because they knew about his pre-existing injury. That’s exactly what happened on Dana White’s latest interview, and the UFC President says it was indeed an ankle issue that was brought up.

“He’s had ankle issues for the last couple of years, and he had asked if he could tape his ankles coming into this fight and he got clearance to do it from the Nevada state athletic commission,” White told Fox News (transcript via MMA Fighting), “and then he opted not to tape them. I don’t know why.

“But yeah, he has chronic arthritis in his ankles.”

Prior to this, the Nevada State Athletic commission also went on record about McGregor’s claims of multiple leg fractures.

“If we ever knowingly had information a fighter wasn’t fit to fight, we wouldn’t let them compete,” Bob Bennett said. “It would go to a doctor and a doctor would make that decision as the expert.”

McGregor has now lost three of his past four fights. The 33-year-old had a successful surgery to repair his nasty leg break, but will still have a pretty long recovery ahead of him.