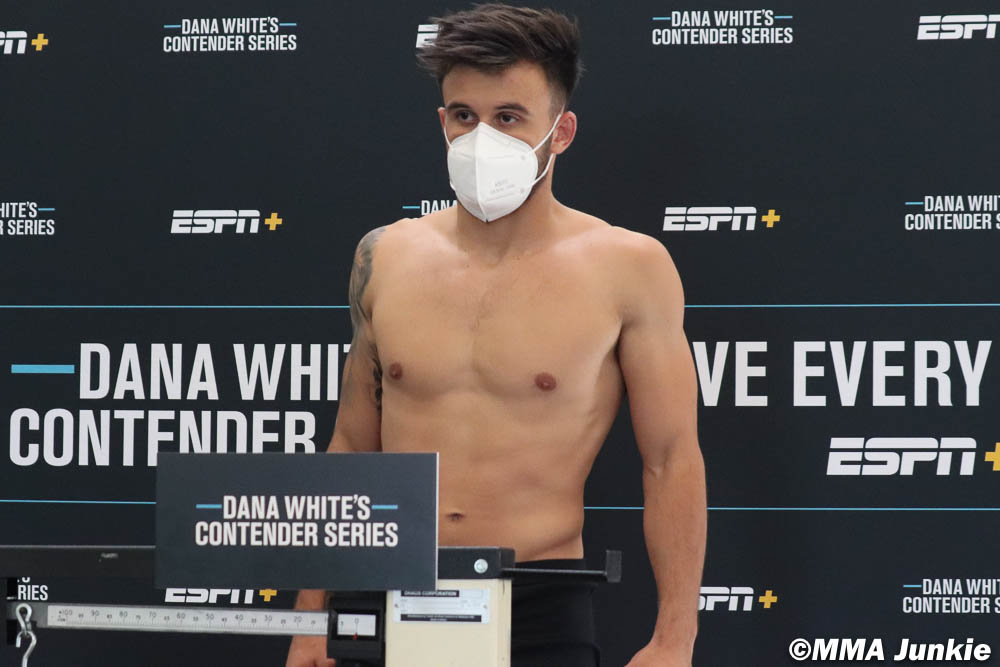 LAS VEGAS – MMA Junkie was on scene and reporting live from Monday’s official Dana White’s Contender Series 41 fighter weigh-ins, where one fighter had a sizable miss.

In the featured bout, undefeated Polish light heavyweight Lucasz Sudolski (8-0) takes on Ukraine’s Ihor Potieria (19-2), who brings a 16-fight winning streak into the contest. Both fighters made weight without issue.

The same could not be said for Albanian lightweight Manuel Gaxhja (7-0), who came in at 160.5 pounds for his bout with Scotland’s Chris Duncan (7-0). Gaxhja was fined 30 percent for the miss, but the bout will go on as scheduled.

The early weigh-ins took place at the UFC host hotel in Las Vegas. The UFC Apex hosts Tuesday’s card, which streams on ESPN+.

* Gaxhja was fined 30 percent of his purse, but the bout will go on as scheduled