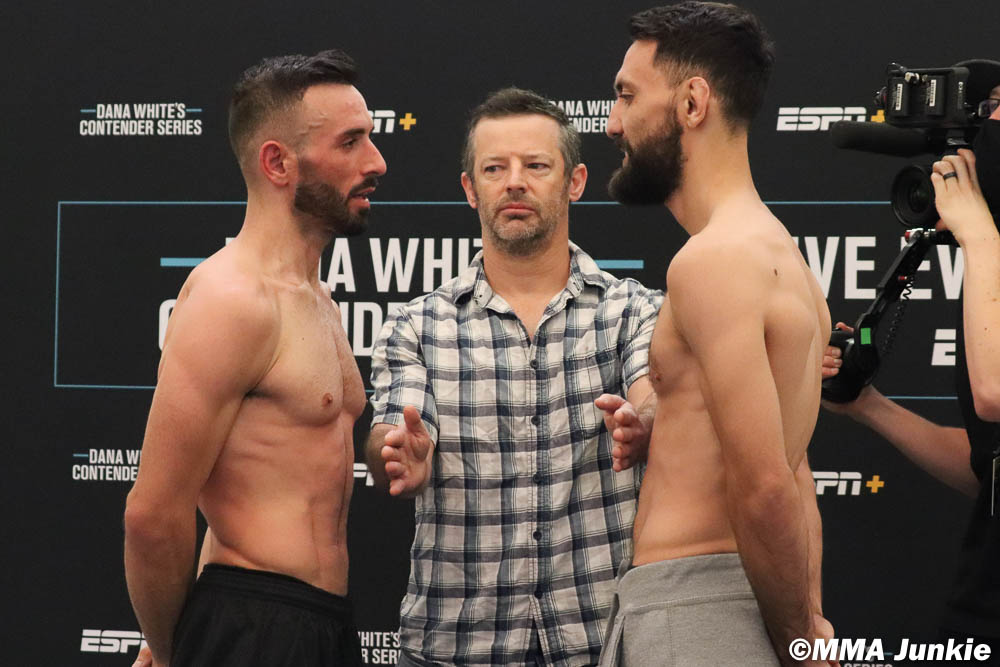 Kahlon missed weight for the bantamweight clash moments earlier, coming in at 139 pounds. He was fined 20 percent of his purse, but the bout will go on as scheduled. The two were then paired together for a traditional pre-fight faceoff at the fighter hotel.

Basharat seemed to decline his opponent’s handshake as they neared, and the two then began speaking indistinctly to each other. After a brief faceoff, the two turned forward, and Kahlon clearly could be heard saying “terrorist,” which got a reaction from Basharat.

This p*ssy wanted a way out by missing weight by 3 pounds . I told him I’m gonna still whoop his arse, he then called me a terrorist 🤦🏻‍♂️ wanted a reaction again he wanted a way out 😂😂 unlucky for him I ain’t going no where ! , I’m waiting to see him tomorrow 😉❄️🐆
Booooo @oron_kahlon guys let him have it 😂

Relations between Afghanistan and Israel are non-existent. Since the Taliban took over Afghanistan in August, it has ruled out cooperating with Israel. Earlier this month, the last member of Afghanistan’s Jewish community left the country in the wake of the Taliban takeover.

Basharat (10-0) and Kahlon (16-0) are scheduled to meet at Tuesday’s Dana White’s Contender Series 45 event, which streams live on ESPN+ from the UFC Apex.

Check out their faceoff in the video above.