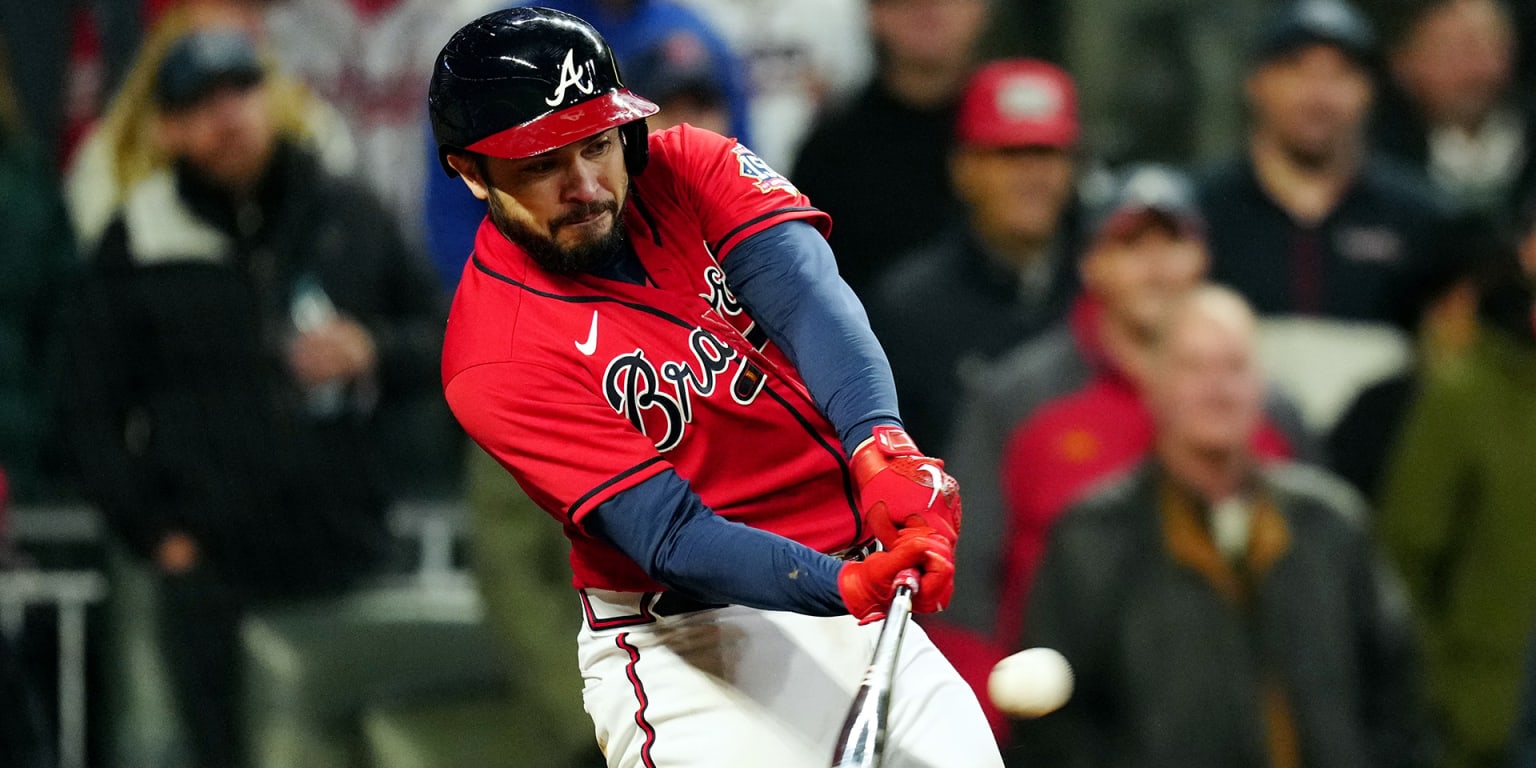 ATLANTA — Travis d’Arnaud began Friday morning by ordering a box of 15 doughnuts with his family. There were chocolate twists, cinnamon rolls and apple fritters among the assortment. He finished Friday night by playing a major role in the Braves’ World Series Game 3 win over the Astros, calling a near-no-hitter and pummeling an eighth-inning home run.

“I was feeling pretty good from when I woke up,” d’Arnaud said following Atlanta’s 2-0 victory, which gave it a 2-1 Series lead. “I just tried to stay calm the whole day until the game started. There’s a lot of pressure that could come just thinking that you’re in a World Series game, so I just try to stay calm and take it pitch by pitch.”

For some catchers, calling a no-hit bid into the eighth inning — including rookie Ian Anderson’s impressive five-frame start — would have been enough to deem a game a notable success. d’Arnaud then bounced back from two tough at-bats to deliver a game-sealing solo homer and make the night that much more memorable.

The Braves’ offense got going in the third, when Austin Riley plated the game’s first run with a double to left field. They had an opportunity to extend their lead, but d’Arnaud struck out swinging with the bases loaded to end the inning. Two frames later, he left two runners on with a groundout to first base.

d’Arnaud put all that behind him in the eighth, when insurance runs were at a premium after the Astros had broken up the no-hit bid and were looking to erase Atlanta’s 1-0 lead. With Joc Pederson’s bat in hand, d’Arnaud hammered a Statcast-projected 437-foot homer off Kendall Graveman to center field, his second home run of the World Series. It was the first homer Graveman has given up to a right-handed hitter all season.

“He’s a great fastball hitter, and that was big,” Riley said of d’Arnaud. “It kind of gave [closer] Will [Smith] a little bit of comfort, that extra run, because like I said, it’s a good ball club. They can hit … it’s a lot like our lineup. It can change the game in one swing of a bat, so that was a big at-bat by him.”

d’Arnaud, a nine-year MLB veteran, is again thriving on the postseason stage, where he memorably walloped a solo home run in Game 1 of the 2015 National League Championship Series in which his Mets swept the Cubs. After hitting .220 during a ’21 regular season limited by a thumb injury, d’Arnaud is batting .256 in the postseason and is 5-for-12 against the Astros in the World Series.

“That home run in the eighth helped,” Astros manager Dusty Baker said. “d’Arnaud’s been a pain in our side this whole Series, and he was kind of a pain against other teams I was on. They played a good game tonight. There’s nothing you can say about it. It’s not what we didn’t do. It’s what they did do.”

If d’Arnaud’s game-calling and home run end up helping the Braves go on to win the World Series, that box of doughnuts could be considered the breakfast of champions.