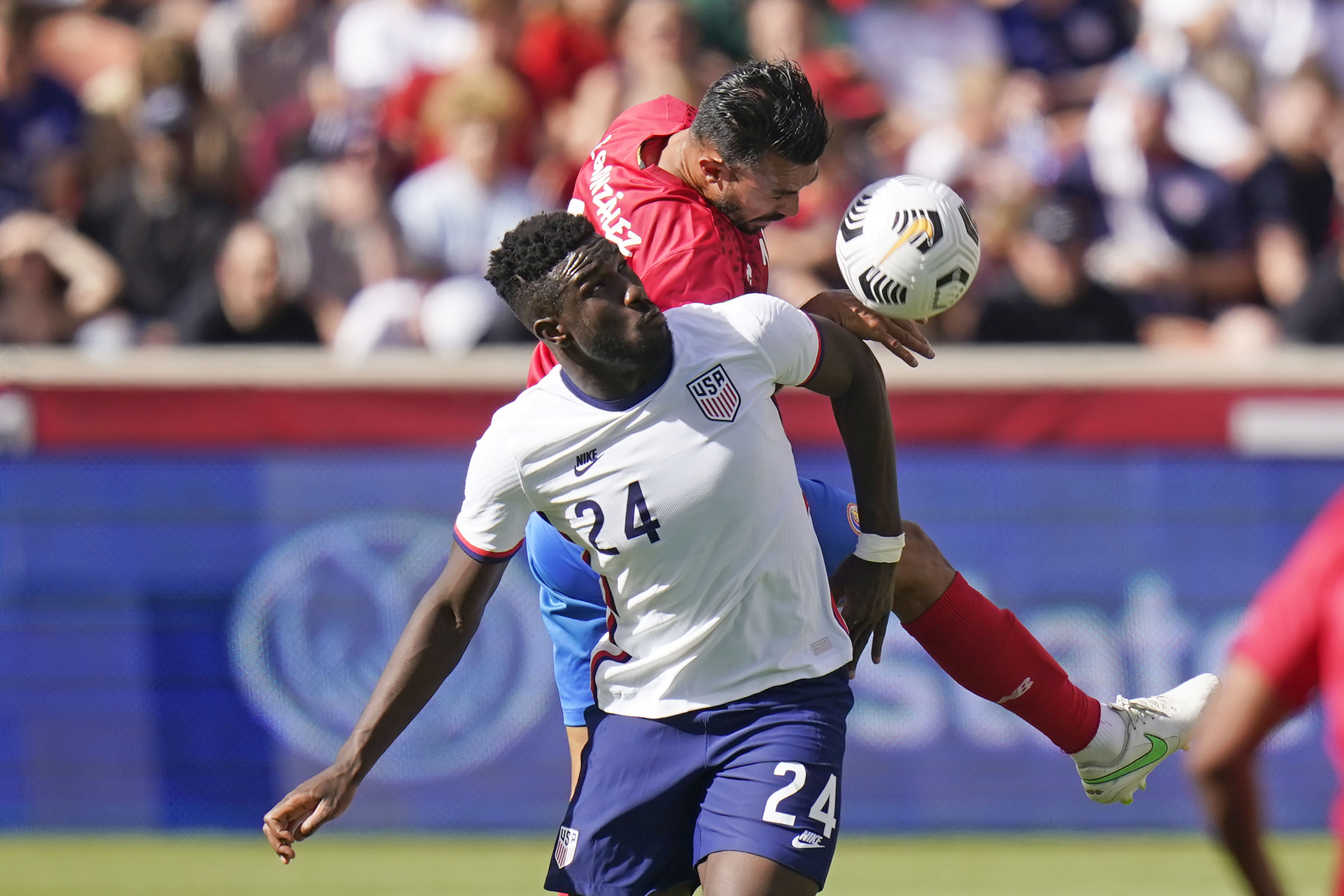 What a week for the USMNT.

Four days after beating Mexico in the CONCACAF Nations League final, the United States blew out Costa Rica 4-0 in a friendly Wednesday. It was their third win in the past seven days.

While the Americans didn’t have their full complement of top players, it didn’t matter much. Brenden Aaronson and Daryl Dike got the United States off to a hot start with goals in the first half, including the first international tally for Dike:

Brenden Aaronson opens the scoring for the USMNT against Costa Rica fresh off their Nations League win against Mexico 🔥 pic.twitter.com/42NJcsWBBz

Reggie Cannon put things away in the second half with a lovely bit of skill:

THE USMNT ARE FLYING! 🔥

And second-half substitute Gio Reyna put the bow on the performance by drawing and converting a penalty in the 77th minute.

And the USMNT easily could have had more goals. A bit of otherworldly dribbling from Aaronson nearly led to a Yunus Musah tally:

Nearly a special goal for the USMNT! pic.twitter.com/nCwhKsJN2z

Overall, this was another promising showing from a young USMNT squad that has been tasked with erasing the memory of the country’s shocking failure to qualify for the 2018 World Cup.

Another letdown of that magnitude when World Cup qualifying resumes would be devastating. But the United States is in good hands with a young core of players with more potential than perhaps any other group in the history of United States soccer.

Almost all of those young players put forward an excellent performance on Wednesday night:

Costa Rica felt the brunt of that young talent, and players like Christian Pulisic and Sergino Dest didn’t even play. Players like Dike and Aaronson are going to make future squad selections very difficult for Gregg Berhalter if they continue to play at such a high level.

It’s been a good week for the USMNT, indeed. The Americans are hoping more weeks like this one are in their future.