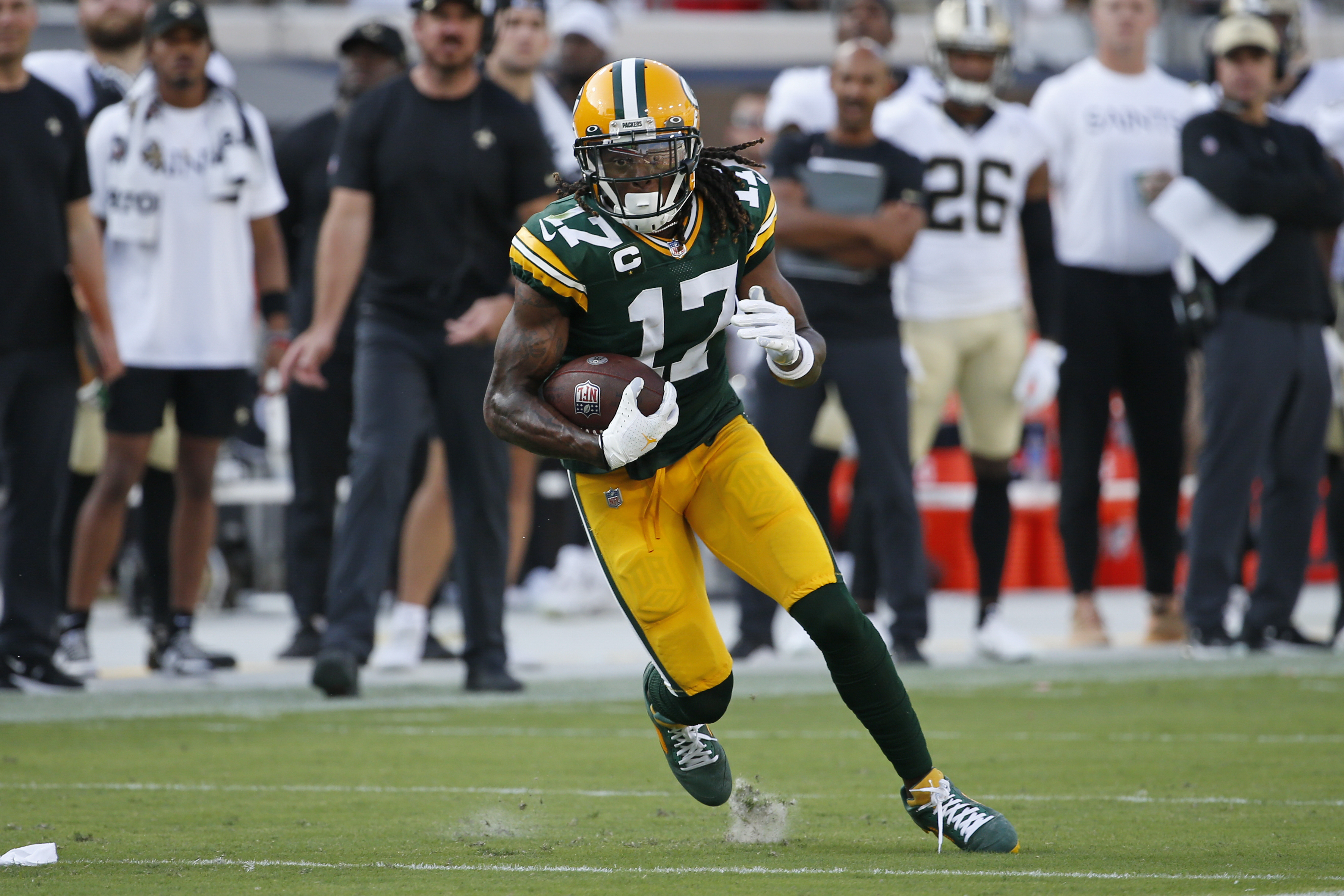 Green Bay Packers receiver Davante Adams is hoping to move forward after a disappointing 38-3 loss to the New Orleans Saints in Week 1.

“We came out really flat and I think that it’ll be a really good wake-up call for us,” Adams said Wednesday on NFL Now, per Kevin Patra of NFL.com.

The Packers were considered a top Super Bowl contender entering the 2021 season after reaching the NFC Championship Game in each of the past two years, but they got off to a rough start.

Adams was held to only five catches for 56 yards in the loss after averaging 98.1 yards per game last season.

The All-Pro wideout called it a “weird game” where the offense had limited opportunities early.

While the defense did struggle to make stops as Jameis Winston threw five touchdown passes, the Packers offense didn’t do any better. Reigning MVP Aaron Rodgers threw two interceptions and finished with a 36.8 quarterback rating before being pulled for Jordan Love in the fourth quarter.

It was an embarrassing showing for a unit that led the NFL in points scored last season.

The talent is still there for a successful season, but the Packers will need better focus heading into Monday’s game against the Detroit Lions.