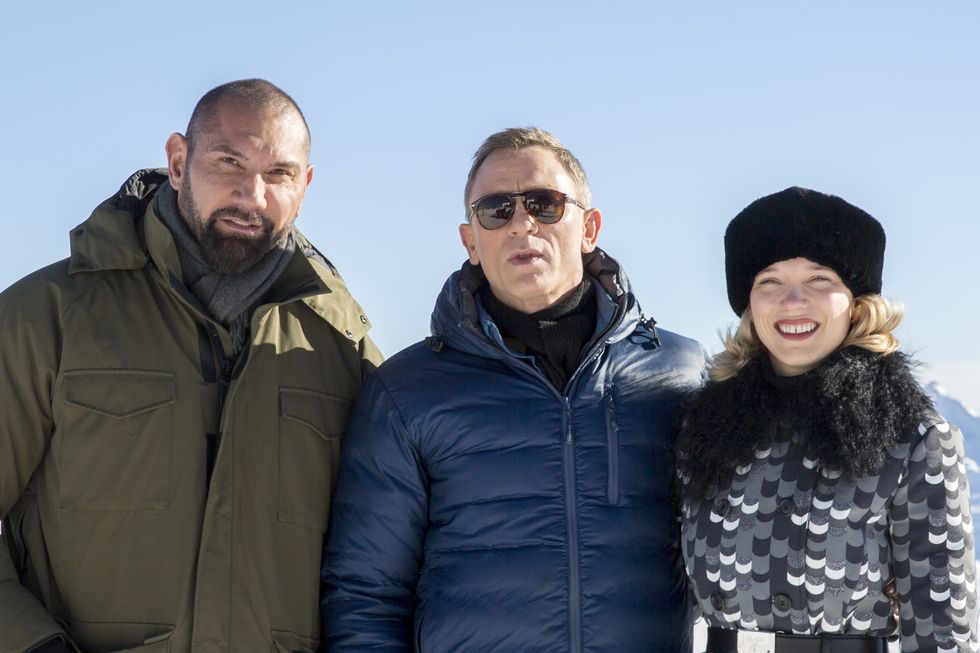 No Time to Die will mark Daniel Craig’s final on-screen performance as the iconic spy James Bond, and he very nearly didn’t make that movie at all, having previously said that he wasn’t sure he was “physically capable” of putting his body through the arduous process of training for and performing those jaw-dropping stunts.

We already knew that shooting on the prior film, Spectre, left Craig with a broken knee, but in a recent interview on The Graham Norton Show on the BBC, the actor revealed that the incident also resulted in his scene partner, wrestler-turned-actor Dave Bautista, getting hurt too.

“Dave was being really great with me, but he’s a big guy, and I forget how big he is, and he was sort of throwing me against this wall, and he was being gentle, and so you should, it’s pretend,” he tells Norton. “And I just said, Dave, mate, it’s alright, come on, you can chuck me a bit, don’t worry about it, it’s fine, I’m fine. So he did. I ended up on the wall, but my knee was over here somewhere.”

“We re-filmed it, and I had to film it with a brace on, and it was a struggle to do it,” he continues. “But I broke his nose. I didn’t do it deliberately, clearly it was a mistake. Like I said, he’s a big guy, he’s a professional wrestler, you really wouldn’t mess with him. And I threw this punch, I hit him on the nose, and I heard this crack, and I went, oh god, no! And I ran away, because I thought he was going to come after me.”

But now Dave Bautista has shared his side of the story, and clarified that he actually found the whole thing pretty funny—once he’d set his nose back into place.

“He did not run!!!” Bautista wrote on Twitter. “He started screaming ‘Fuck I broke his nose!!’ And he did. And then he hugged me, apologized, we laughed, I changed clothes, shoved TP up my nose and we continued to make one of the best fight scenes ever. Very proud of it. And I love me some DC.”