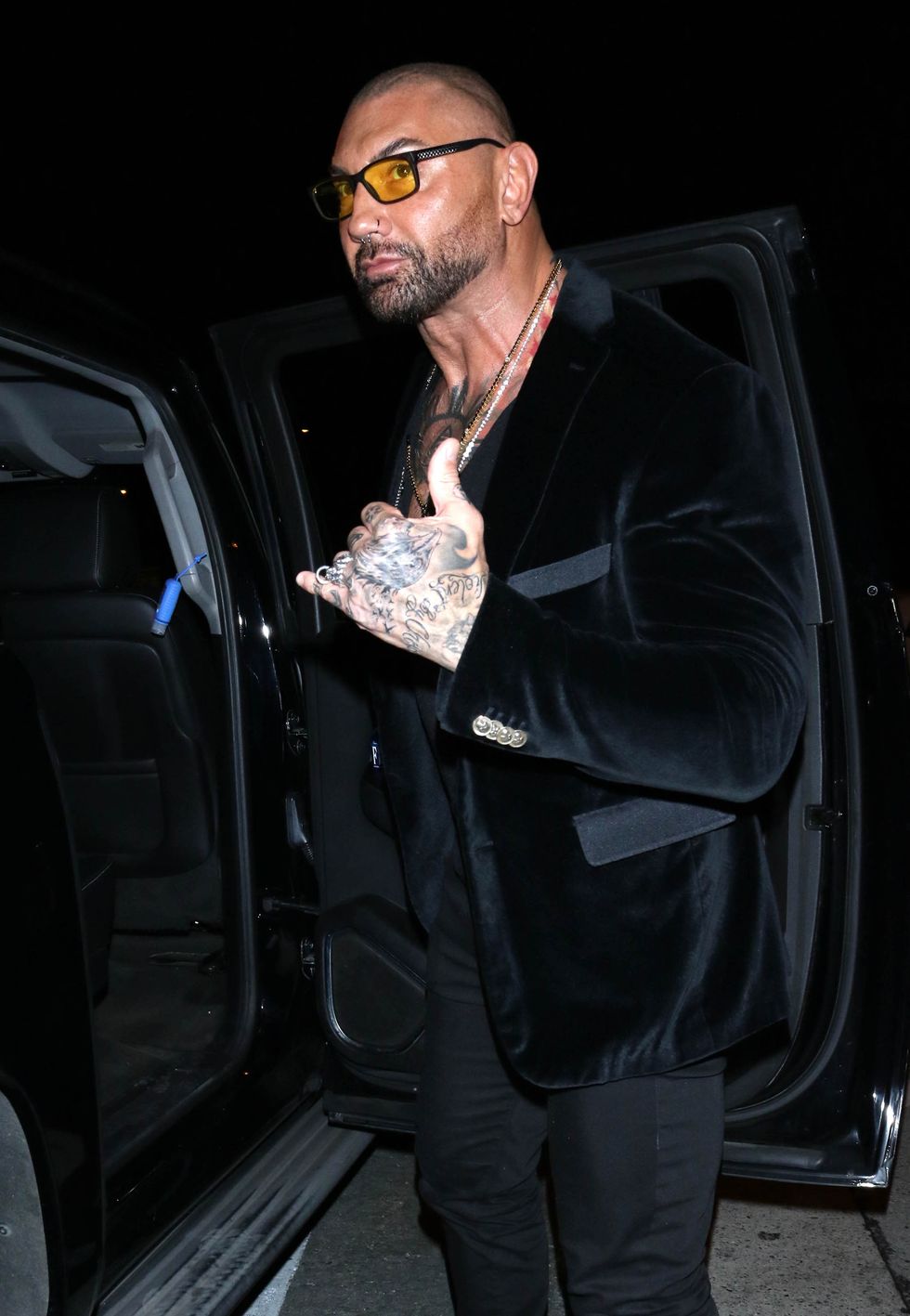 In the November Men’s Health cover story, Dave Bautista discusses his life’s jarring transition during his late twenties, when he signed with the World Wrestling Federation (WWF) and first blew up.

Bautista had previously struggled to stay financially stable, he says. After a tumultuous childhood that saw him estranged from his parents during adolescence, Bautista worked as nightclub bouncer, then as a bodybuilder, then as a wrestler. In 2000, he signed with the WWF (latter named WWE) and would become a main fixture in the sport, capturing six world championships under the name “Batista.”

The ascent was meteoric, so steep, Bautista says, he was unequipped to handle the consequences:

Bautista bought “stupid stuff,” he says: Lamborghinis and Mercedes and Bentleys. But the stupid stuff made Bautista feel worse about himself. “I just lived in an ocean of shame for years, because when I was making all that money and buying all that stupid stuff, I never bought my mom a house,” he tells Men’s Health.

Since those early years, Bautista did buy his mother a house. He also started buying the things that actually bring him joy, like lunch boxes. It’s a bit less costly than buying cars.