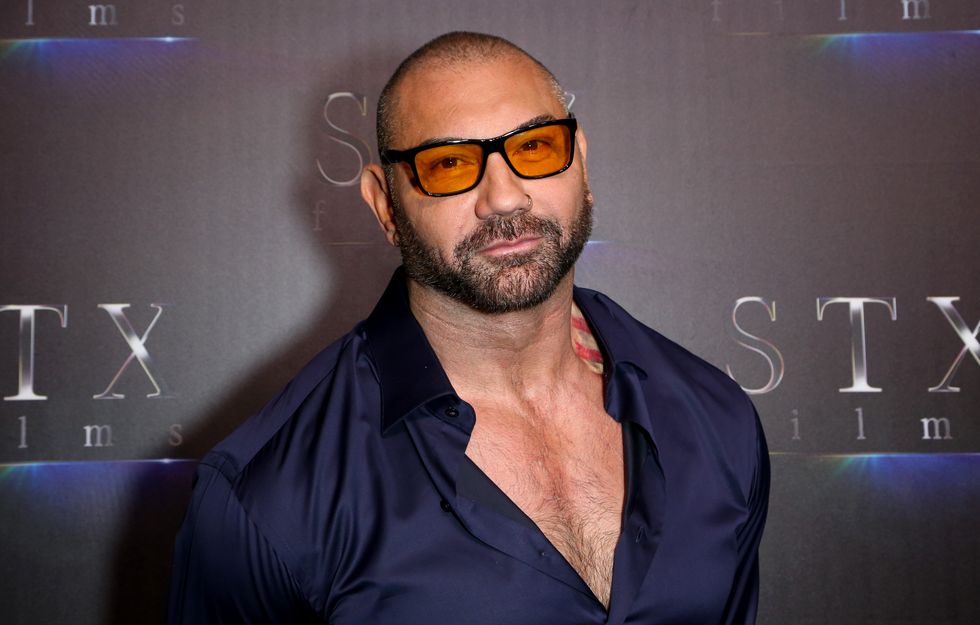 Dave Bautista was glad the trip to Venice lasted only part of the day. His much-anticipated, much-delayed film Dune appeared at the Venice Film Festival in September, though Bautista—flying in from the new Knives Out set in Serbia—attended for less than 24 hours. Got there, did the press thing, flew back.

In the Men’s Health November cover story, Bautista opens up about his social anxiety surrounding premieres. “When press junkets go on for days and days, I struggle,” he says. The 52-year old actor and former wrestler has spoken openly about shyness and public aversion. He says he wears his red carpet sunglasses—large black rimmed, ski-goggle tint—as a “pacifier, a therapeutic thing.”

“When I was a kid, you could barely get two words out of me,” Baustista explains. “I was just such an introvert, and I was attached to my mom’s leg.”

Bautista says he leans on close friends for support, preferring to keep his circle familiar and intimate. “I almost feel like my friends are my family, because I grew up really kind of estranged from my family, disconnected from my family.”

Of course, Bautista’s profession makes keeping circles small a challenge; his public life has been a struggle. Last year, he told the Independent how fame often becomes “overwhelming.” “Sometimes even now I want to crawl under a rock and hide,” he said. “I live a very secluded life. It’s my way of hiding under a rock, I guess.”

In Venice, Bautista was able to enjoy himself largely because of his on-set friendships. “I look for peo­ple that I really love to kind of just grasp on to, and they make me happy,” Bautista says of his red-carpet strategy.

This time, a Josh Brolin bear hug did the trick.