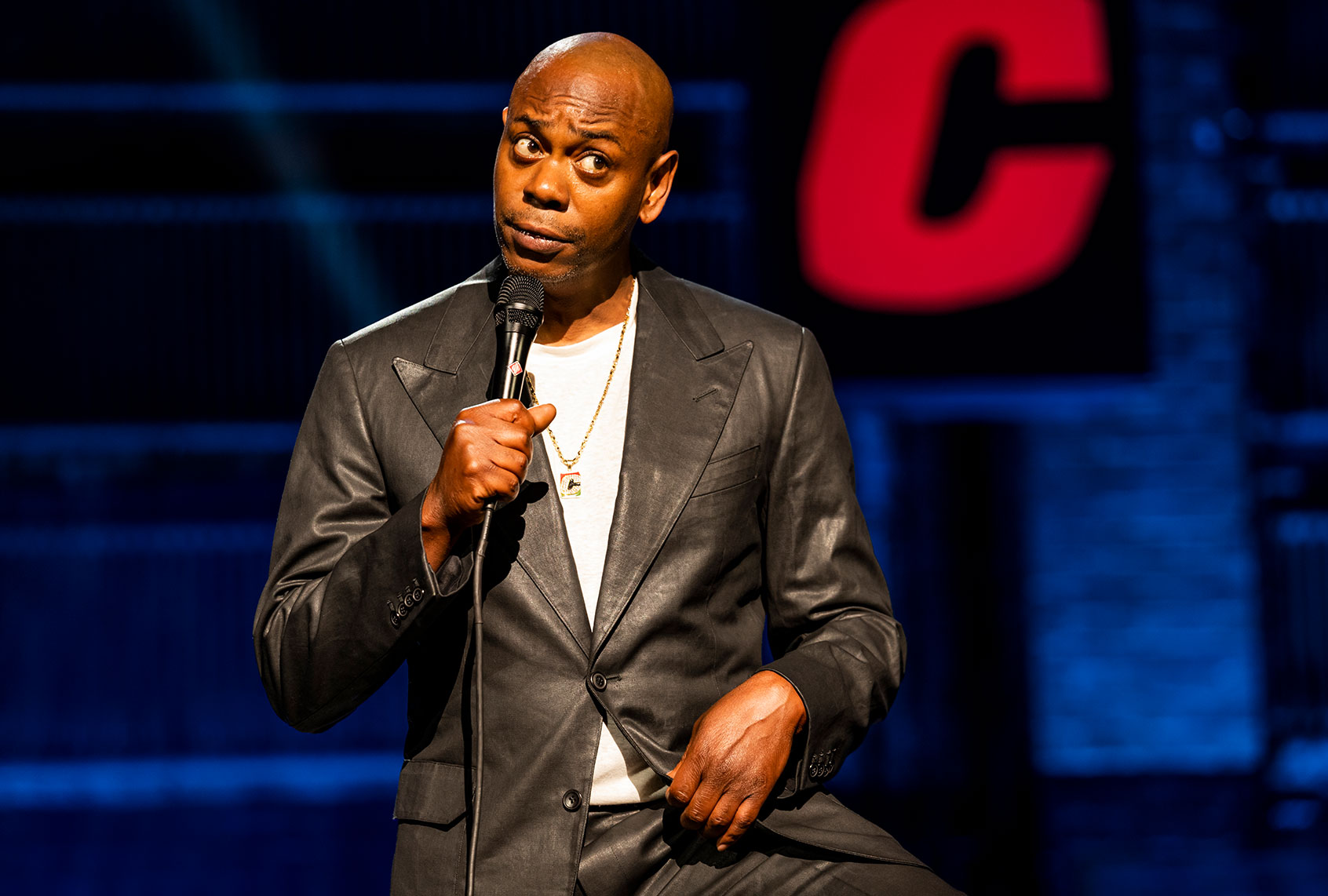 In recent weeks, Dave Chappelle has faced continued backlash over his latest Netflix comedy special “The Closer,” a bizarre stand-up set in which the self-identified comedian obsesses over trans women’s genitals and boasts about once beating up a lesbian woman. Now, following internal turmoil within Netflix as employees have protested the company for platforming Chappelle, the comic has expressed he’s open to meeting these employees, on some conditions.

In a recent stand-up set, Variety reports that Chappelle doubled down on his transphobic and homophobic comments in “The Closer.”

“I said what I said, and boy, I heard what you said. My God, how could I not? You said you want a safe working environment at Netflix. It seems like I’m the only one who can’t go to the office,” he told the audience.

He continued by addressing a recent rumor he claims to have heard going around: “It’s been said in the press that I was invited to speak to the transgender employees of Netflix, and I refused. That is not true — if they had invited me I would have accepted it, although I am confused about what we would be speaking about.”

RELATED: Dave Chappelle and the warped self-victimhood of transphobes

It’s unclear where he’s heard this rumor about himself. Among the numerous very basic demands trans employees have made of Netflix, which include asking the company to invest more in trans talent and issue content warnings for transphobic content, there doesn’t seem to be an ask to meet a man who’s compared their genitals to Impossible Burger meat.

Those conditions include: “First of all, you cannot come if you have not watched my special from beginning to end. You must come to a place of my choosing at a time of my choosing, and thirdly, you must admit that Hannah Gadsby is not funny.”

The defensiveness of Chappelle’s “conditions” make it clear that he sees trans people who are critical of him as the aggressors, and himself as their victim. That is, after all, the overarching theme of “The Closer” — his own sense of victimhood as a transphobe in a rapidly changing world.

Chappelle went on to hit the usual talking points. He defends “The Closer” and his brand of comedy once again by citing his LGBTQ friends who support him, therefore making all other queer people’s anger at him irrelevant. “For the record, and I need you to know this, everyone I know from that community has been loving and supportive, so I don’t know what this nonsense is about,” he tells the audience.

And then, of course, Chappelle also bemoans being “canceled” . . . all while performing a stand-up routine before a sizeable audience. Referring to a documentary he made about his summer 2020 stand-up shows, Chappelle tells the crowd, “This film that I made was invited to every film festival in the United States. Some of those invitations I accepted. When this controversy came out about ‘The Closer,’ they began disinviting me from these film festivals.”

He continues, “And now, today, not a film company, not a movie studio, not a film festival, nobody will touch this film. Thank God for Ted Sarandos and Netflix; he’s the only one that didn’t cancel me yet.”

Incidentally, Chappelle’s latest stand-up routine, in which he expresses faux openness to meeting and hearing out the trans people he’s harmed, makes the perfect case for why there would be no benefit to any sort of meeting. So, mission accomplished, Dave.

Since “The Closer” released, trans people and certainly trans employees at Netflix have risked it all to be vulnerable and share their experiences with the real-life violence that’s fueled by the transphobia at the heart of Chappelle’s comedy. In return for trans folks’ vulnerability, Chappelle’s latest stand-up routine responds with his continued lack of self-awareness, empathy and critical thinking. A meeting between him and trans Netflix employees would require endless vulnerability and labor from them, but would ultimately be nothing but a contrarian thought experiment to Chappelle.

The testimonies, stories, and information are all out there, if he truly wanted to educate himself on trans people’s experiences and why his jokes are harmful. He could have done so at any moment, between the first criticisms of “The Closer” and his latest stand-up show. But he didn’t.