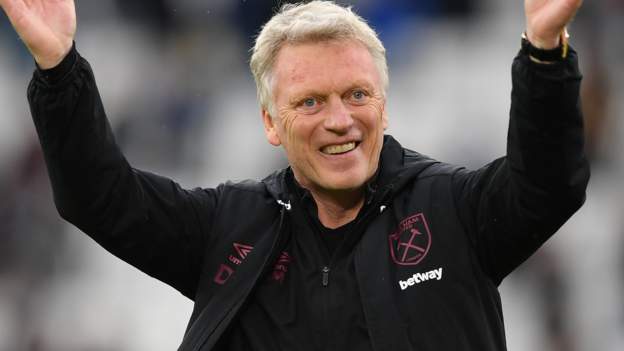 David Moyes is on the verge of committing his future to West Ham.

Moyes, 58, has been in discussions with the Hammers since the end of the season over a new three-year deal.

There was uncertainty after it became known Everton had put their former manager high on a list of potential replacements for Carlo Ancelotti.

It had been anticipated Moyes’ West Ham future would have been made clear by now, but it is understood there are no issues over the new deal.

At West Ham, Moyes feels he is capable of putting together a squad that can challenge towards the top end of the Premier League on a regular basis, as he did when he was in charge at Goodison Park between 2002 and 2013.

The manager is in his second spell at London Stadium, having returned in December 2019 to replace Manuel Pellegrini.

Over the past 18 months, he has taken West Ham from a relegation battle to Europa League qualification.