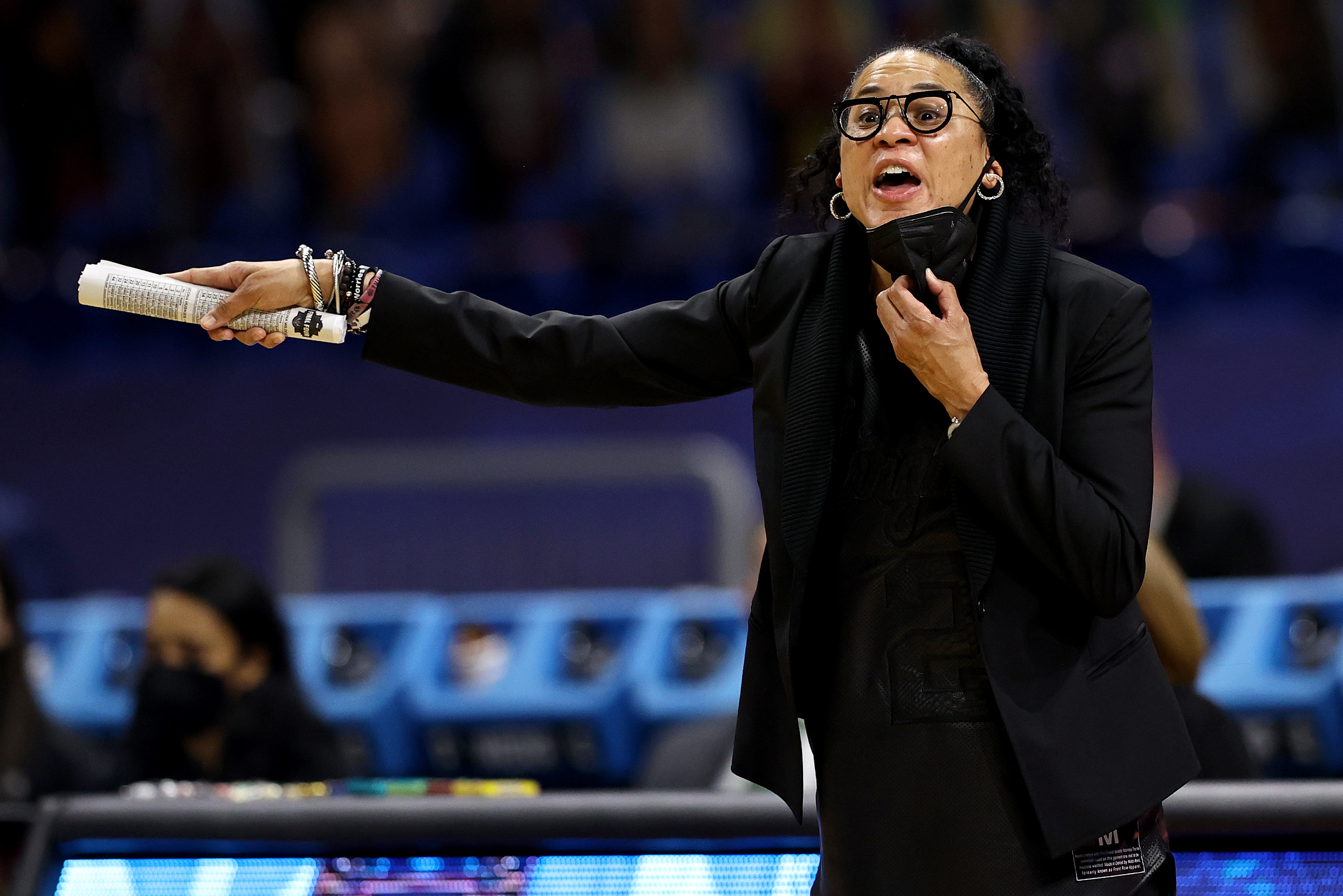 The NBA has never had a female head coach. That glass ceiling has yet to be shattered across professional men’s sports in general in the United States. But Hall of Famer Dawn Staley, the head coach for South Carolina and the U.S. women’s Olympic team, would be a logical candidate to be the first.

Staley told Kurt Streeter of the New York Times that she wasn’t campaigning for an NBA job but that she has the resume and basketball pedigree to be a head coach at that level.

“I come with a lot of credentials,” she said. “I surely have the confidence. I surely can stand in front of men and lead them. First-team All-Stars. MVPs. I’m OK with that.”

Staley also said she isn’t concerned about her lack of experience at the NBA level.

Whoever becomes the first female NBA coach, Staley said she believes the job will come with an enormous amount of pressure.

Granted, there is another school of thought among some female head coaches that the pinnacle of the profession isn’t necessarily the NBA.

Hall of Famer and retired former Notre Dame head coach Muffet McGraw told Streeter that women becoming head coaches in the NBA is “not something I even care about.”

“I want women coaching women,” she added. “I want to see those women going off to the NBA and being great assistants and then coming back and taking over women’s jobs in college and the pros.”

It’s inevitable at some point, however, that an NBA team will hire a female head coach. Becky Hammon has served as Gregg Popovich’s assistant for the San Antonio Spurs since the 2014-15 season, and ESPN’s Adrian Wojnarowski reported Monday that she would be interviewing for the Portland Trail Blazers head-coaching vacancy this week.

Kara Lawson served as an assistant coach for the Boston Celtics in the 2019-20 season before taking over as the head women’s coach for Duke. There are currently six female assistant coaches in the NBA (Hammon, Cleveland’s Lindsay Gottlieb, Dallas’ Jenny Boucek, Memphis’ Sonia Raman, New Orleans’ Teresa Weatherspoon and Sacramento’s Lindsey Harding).