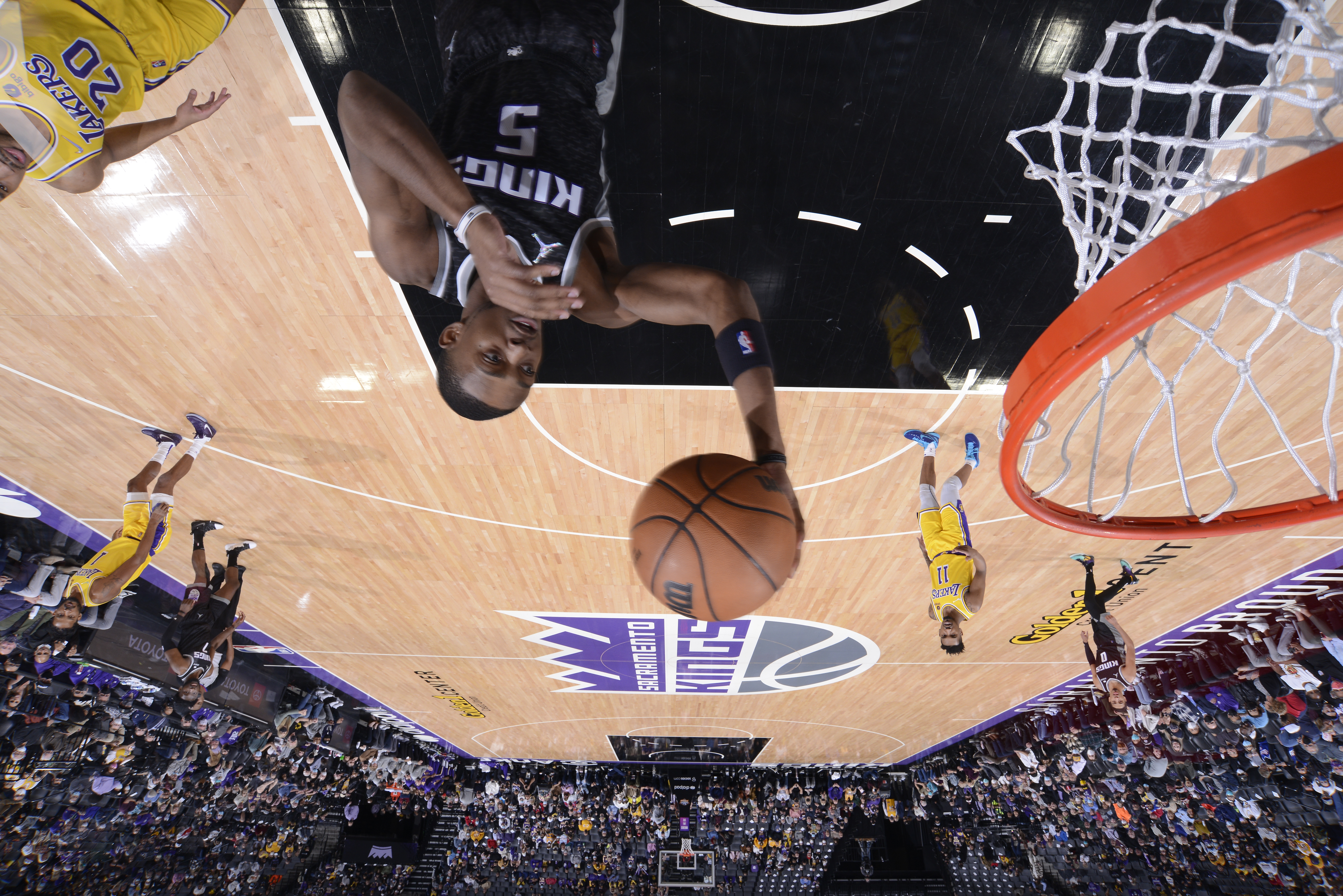 All five Kings starters posted double-digit scoring figures, led by De’Aaron Fox’s 29 points. Sacramento shot 55.1 percent from the field and outscored the Lakers 70-42 in the paint.

The Lakers held a 67-61 halftime edge and led 76-68 early in the third before the Kings rolled off a 33-14 run to end the frame. Sacramento dominated the paint and got hot from three to take a 101-90 lead into the fourth quarter.

The Lakers cut the Kings’ lead to 118-116 with 1:36 left after a LeBron James layup, but the Kings responded with a Fox jumper, a stop on the other end and a Chimezie Metu three-pointer for a seven-point advantage.

James led the Lakers with 34 points, and Malik Monk added 22. Russell Westbrook struggled, scoring his eight points on 2-of-14 shooting.

The 17-27 Kings broke a five-game losing streak. The 21-21 Lakers have lost two straight after previously winning four in a row.

The Kings’ third-quarter performance made all the difference in this one, as Sacramento outscored L.A. 40-23 to give itself enough insurance down the stretch for the win.

Led by Fox, Sacramento was fantastic on both ends en route to its dominant 12-minute stretch.

The Kings were particularly dominant in transition and in the paint. At one point, Fox drew in the defense and found Metu for an uncontested alley-oop dunk:

The Kings kept turning good defensive plays into production on the other end.

After a Tyrese Haliburton block, Fox took care of business himself later in the third by finishing a layup after absorbing contact from Monk. He hit the free throw to finish the three-point play and give the Kings an 85-79 lead:

Sacramento led by as many as 13 points in the fourth, but L.A. chopped the lead down to two. Undeterred, Fox hit a big jumper, and Metu put the game away with this clutch three:

And thus ended a great effort from Sacramento, which will look to build off this game’s momentum in hopes of turning its fortunes around in the second half of the season.

The Lakers’ defensive effort was ultimately the culprit in this one, with L.A. having no answer for Sacramento’s paint prowess or really anything the Kings did in the second half. L.A. needed to win a shootout to steal a victory on the road, and that didn’t happen.

The issue was depth: The Kings had six players score at least 10 or more points, getting their offense from a variety of sources en route to the win.

On the other bench, the pressure was squarely on three players (James, Monk, Austin Reaves) to provide any offense when it mattered the most.

Absent from that list is Westbrook, whose offensive woes continued:

Russell Westbrook over his last 3 games:

To put the Lakers’ problems in perspective, Stanley Johnson hit a three-pointer with 10:54 left in the third quarter.

From that moment forward, here’s how the Lakers’ scoring broke down: James (17), Reaves (13), Monk (10), Talen Horton-Tucker (five), Dwight Howard (one). James, Reaves and Monk were the only Lakers to score at all in the final 10 minutes.

Westbrook didn’t score any points in the second half despite playing nearly 18 minutes after halftime. He also missed all five of his three-pointers.

The last one was a killer, as he launched one from deep with the Lakers down 120-116 and the shot clock winding down with 1:07 left in regulation. The shot was no good, and Metu hit a three on the other end to effectively put the game away.

The question is why Westbrook took the shot when he was 2-of-13 at that point and when James, Monk and Reaves were on the floor, but ultimately, the nine-time All-Star and nine-time All-NBA player continues to have a difficult season.

He’s notably hit just eight of 40 shots in his last three games and hasn’t made a three in four matchups. His 19.0 points per game is his lowest mark in over a decade.

There’s half a season left for the Lakers, and it’s certainly possible the uber-talented point guard turns it around down the stretch. But it’s a rough go right now for the 2016-17 NBA MVP as the Lakers fall to .500 in their seemingly never-ending quest to break out of mediocrity this season.

The Lakers will visit the Denver Nuggets on Saturday at 9 p.m. ET in Ball Arena.